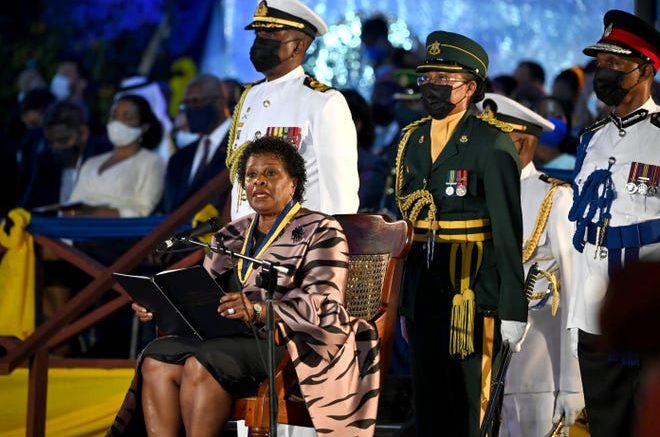 The British Monarchy, which ruled over the Caribbean island of Barbados for 396 years, ended with a handover ceremony at midnight on November 29, 2021. This ceremony marked the birth of the world’s newest republic.

As midnight hit, the Royal Standard flag representing the Queen lowered, signaling the official end to British reign. Hundreds of guests applauded as Dame Sandra Mason was sworn in as president by the chief justice and took the oath of allegiance to her country. A 21-gun salute was fired as the national anthem was played.

“Republic Barbados has set sail on her maiden voyage,” President Mason said in her inauguration speech as the first president of the country. She also recognized the “complex, fractured, and turbulent world” Barbados would need to navigate through.

Before Barbados’ official transition, Prime Minister Mia Mottley had announced in 2020 that Barbados would cut ties with the British Monarchy. She said that the time had come for Barbados to “fully leave [their] colonial past behind.”

Although some agree with Mottley, many think this moment had been long since overdue. “It cuts into your dignity as a citizen,” Sir Hilary Beckles, one of the country’s most renowned historians and vice-chancellors of the University of the West Indies, said of the previous roles of the monarchy.

A survey of Barbadian attitudes on the royal family, done by Cynthia Barrow-Giles, a professor at the University of the West Indies, showed that more than 60% of Barbadians were in favor of becoming a republic, half of them even enthusiastically.

The last time colonies in the Caribbean cut ties with the monarchy was in the 1970s during the peak of the Black power era. It was during another movement for racial justice, after the killing of George Floyd, that Barbados flagged its breakaway from the Queen.

Although many Barbadian leaders, like Errol Barrow, the country’s first prime minister, have been pushing for a move past the monarchy, the world is still largely shaped by colonialism. It took until Independence Day in November of 2020 for Mottley’s government to officially declare the transition.

The declaration for the transition was shortly after she conducted a ceremony to remove a statue of the British naval hero Horatio Nelson from a city square because he defended the colonial slave trade. 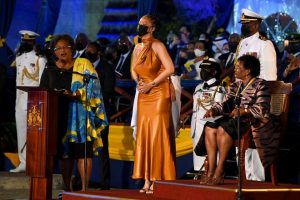 During the ceremony, Rihanna was declared a national hero and bestowed with the title “the right excellent.”

“On behalf of a grateful nation, but an even prouder people, we therefore present to you the designee for national hero of Barbados, the Ambassador Robyn Rihanna Fenty,” Mottley announced to introduce Rihanna.

Rihanna gave her speech, in which she encouraged the youth to continue Barbados’s fight to push forward. “I have traveled the world and received several awards and recognitions, but nothing, nothing compares to being recognized in the soil that you grew in,” Rihanna said in her speech.

This is the first time in over 20 years that Barbados has bestowed a national hero honor. The last person to receive this title was former cricket player Garfield St Aubrun Sobers.

11 people in total have been honored since 1998, including an enslaved person who had led a rebellion and the first person of African descent to serve in the island’s Parliament. 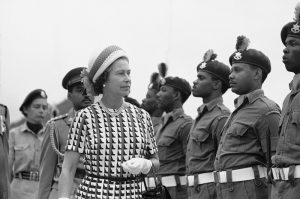 The Queen sent her congratulation on the nation’s “momentous” day. In a message to Mason, the Queen wished all Barbadians happiness, peace, and prosperity.

“On this significant occasion and your assumption of office as the first president of Barbados, I extend my congratulations to you and all Barbadians,” the Queen said in her message.

She continued to say that the “people of Barbados have held a special place in my heart; it is a country rightly proud of its vibrant culture, its sporting prowess, and its natural beauty, that attracts visitors from all over the world, including many people from the United Kingdom.”

Along with her message to the new president, Prince Charles arrived on the island on Sunday, the day before the ceremony, to join in the inauguration ceremony.

Although this was a great step forward for Barbados as a whole, they still have much work to do to establish themselves as a separate entity away from the British Monarchy.

Be the first to comment on "Barbados Leaves the British Monarchy"