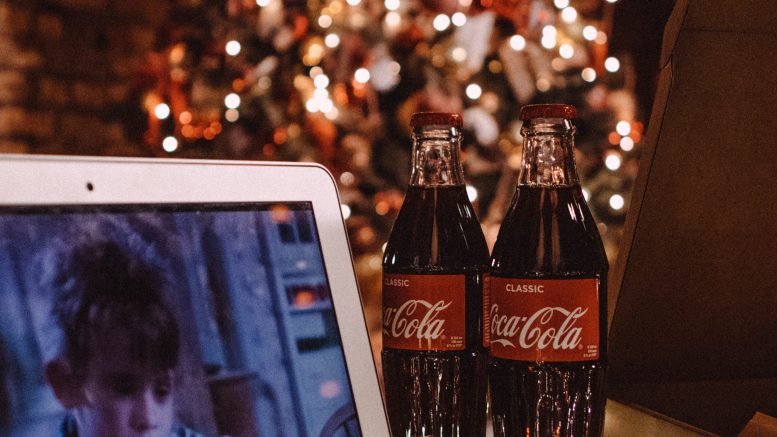 Watching a heartwarming holiday movie with loved ones is the perfect way to spend your winter season! There are countless movies that have become classics for the season from Miracle on 34th Street to Polar Express to Home Alone. It’s a popular belief that these festive films are all the same, but I disagree. Here are what I believe are the four best holiday movies ever made:

Buddy the Elf grew up in the North Pole along with all of Santa’s elves. Once it is apparent that his toy-making capabilities are far below that of the other elves, he consequently calls himself a “cotton-headed ninny muggins”. His “Papa Elf‘‘ explains that he is actually a human who was given up for adoption as a baby. Buddy goes on an adventure to New York City to meet his birth father, who turns out to be on the naughty list. Fortunately, Buddy ends up turning his father around, even saving Christmas in the process. Though the plot of Elf does resemble that of a typical Christmas movie (people don’t believe in Santa, Santa turns out to be real, and all live happily ever after…), it is filled with hilarious moments that you don’t always see in other holiday classics. Buddy’s complete innocence and joyful personality doesn’t necessarily mix with the busy lifestyle and rough personality of those in the city, but he ends up bringing joy to so many. It is an endearing story, and definitely not one to miss this season.

It’s a Wonderful Life airs each Christmas Eve on NBC. It follows the story of the good-natured, optimistic George Bailey. George performed many good deeds throughout his life — he saves his brother from drowning and stops a man from consuming poison. Despite this, he lives a life filled with financial disappointments and bad luck. Before jumping off a bridge into a river, he sees a man, Clarence Odbody, who is seemingly drowning in the water. George jumps into the river to save Clarence, who turns out to be an angel assigned to save George’s life in order to earn his wings. By showing him what his hometown would be like if he had never been born, Clarence helps George to see the incredible impact he has had on those in his community and how to gain a newfound appreciation for his life. An elated George returns home to his family and is surprised by his entire community who has pitched in more than enough money to cover the financial expenses he owed. It’s a Wonderful Life is one of my all-time favorite Christmas movies. With an intricate plot, it manages to keep you interested but is also an extremely moving film. It touches on the important topic of suicide and also shows what circumstances can lead someone to such a delicate state of mind. George coming back happier and stronger than before after that difficult time is truly inspiring.

Although this is not necessarily considered a holiday movie, it has broadcasted on ABC every year in mid-December since 2002 and has become somewhat of a holiday classic since. The Sound of Music is a touching musical drama which covers the story of an Austrian nun who travels to the widowed Captain Von Trapp’s home to be a governess for his seven children. She brings music, laughter, and love into a household hardened by the death of the Captain’s wife, and ends up falling in love with and marrying the Captain. When Austria is annexed by Nazi Germany, the Captain is told to report to German military duty. The family must escape Austria without being caught by the Nazi troops. Despite not usually being considered a holiday classic, The Sound of Music is perfect for those who enjoy meaningful love stories, touching familial bonds, and incredible songs!

One of the most popular of all holiday classics, Home Alone is a comical movie about the invincible Kevin McCallister who is surrounded by his snooty siblings, cousins, and extended family during the holiday season. He wishes his family would disappear on the night before they are supposed to leave for a trip to Paris. Sure enough, the next morning, the entire family leaves for the trip without realizing Kevin was left at home. Kevin enjoys his freedom before realizing a pair of burglars are planning on targeting the McCallisters’ home. The boy decides to take control of the situation and sets up several comically brutal (yet slightly unrealistic) traps all over the house to prevent Harry and Marv from destroying it. Despite finding the humor, including in Kevin’s relationship with his family and in his “taking down” of the burglars, to be slightly unsettling and unnecessarily cruel, I have watched Home Alone more times than I can count. There is a homely feel to this holiday classic that keeps so many people coming back to watch it each season.