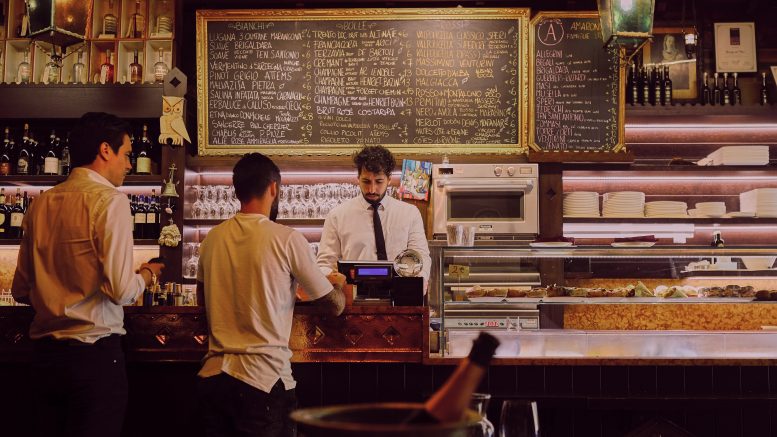 The minimum wage debate has always been highly controversial, and with President Joe Biden’s $15 minimum wage proposal, the dispute has come to the forefront of American politics once again.

Recently, Biden endorsed a plan that would gradually increase the federal minimum wage to over double what it is now over the next four years under the assumption that $15 an hour would lift many low-wage workers out of poverty and support up to a family of four. For them, raising it from $7.25 an hour would also be a show of gratitude toward the essential workers, such as those at grocery stores, those making food deliveries, and others working at warehouses.

Such a proposal could profoundly affect servers, bartenders, and other workers who receive tips from earning as little as $2.13 an hour. This is due to the fact that in most states, businesses are authorized to pay tipped workers less as long as their wage ends up making the minimum with the tips included. Restaurant servers and bartenders would receive a more consistent income and not have to ask for increased pay when tips do not even out enough.

Objectors to the minimum wage increase cite concerns that restaurants in 32 states would face increased labor costs between $10 and $13 an hour or $5 to $10 in others. Restaurants also argue that the current tip-plus-salary system boosts tipped workers well beyond the minimum wage and that small businesses would be hit hard while still recovering from the pandemic. Furthermore, if tipped wages are eliminated and the minimum wage is increased, most restaurants say that menu prices would be raised. This can be seen in the state of Arizona for example, where tipped workers must be paid at least $9.15 an hour. However, such an argument is a small problem if it means that 40 million low-wage workers would be benefited from customers paying a few extra dollars for their meals.

The problem is, with the growth of the U.S. economy, the projected minimum wage by 2024 should be over $20 ($22.19, to be exact) if it had increased in proportion to total economy productivity. Technically speaking, if workers, on average, are producing more each hour, there should be leeway for all of them to receive a commensurate raise in wages and subsequently, a high living standard as well. Moreover, since low-wage workers today tend to be older and have a higher educational background than in the past, it would typically be expected for them to be earning more in today’s generation, not less. However, as productivity gains do not translate into higher wages, this kind of potential remains unfulfilled. Biden’s minimum wage proposal would decrease this gap between the actual and intended wage somewhat.

As a mechanism to combat inequality and ensure the minimum of a middle-class lifestyle for all workers, an increased minimum wage ensures that even the lowest-paid jobs would benefit from the rising productivity is translated into higher wages, eliminating the decades of a growing wage gap between the lowest-paid and typical worker in the U.S.

Elon Musk Is Not An Entrepreneur—He’s A Rich, Deceitful Hack

Career Pathways: Using an MBA for a Career Pivot

Be the first to comment on "Biden’s Minimum Wage: What He’s Proposing and What It’ll Do"