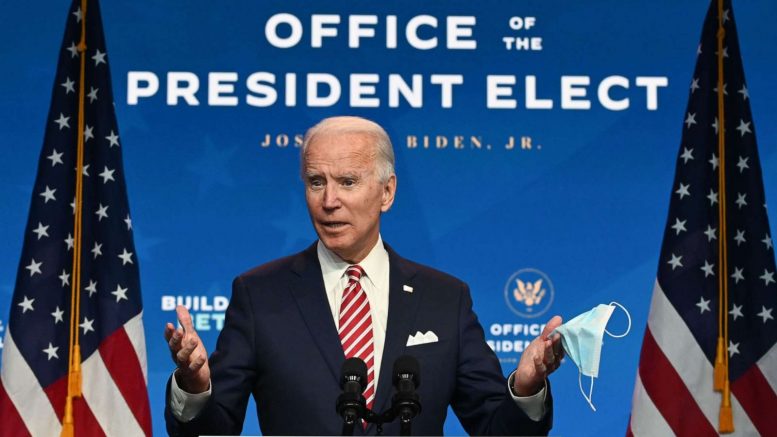 Biden’s presidential transition team, which is led by Ted Kaufman, vetted numerous candidates for Cabinet positions. Additionally, each candidate had to go through both the President and the Senate. In the Constitution, Article II Section 2 empowers the president to nominate and to appoint people as Cabinet members “by and with the Advice and Consent of the Senate”. Meaning that, once a candidate is chosen by Biden and his transition team, the Senate then has to decide whether to confirm the nomination. In the past 100 years, the Senate has rejected three nominations on a recorded vote.

For Secretary of State, Antony Blinken, 58, has been appointed by the President-elect of the United States to rebuild relationships with foreign leaders and international organizations. Blinken began his career at the State Department under the Clinton administration, and he previously worked with Biden during his Senate tenure. Blinken has been outspoken about the essential role of U.S. leadership and the vitality of working with American allies.

For Secretary of Treasury, Janet Yellen, 74, has also been appointed. If confirmed, she will be the first female Treasury secretary in U.S. history. She was a professor at the University of California, Berkeley, she served as chair of the Council of Economic Advisers under President Bill Clinton and later as chair of the Federal Reserve, after being nominated to hold the position by former President Barack Obama.

For Secretary of Homeland Security, Alejandro Mayorkas, 61, has been appointed. He is the son of a Cuban native, and in 1960, he came to the U.S. as a child. If confirmed, he will be the first Latino to lead the Department of Homeland Security. Mayorkas will oversee immigration policy and border security, one of the Department of Homeland Security’s many operations. After his selection was announced, he released a statement of reflection of his childhood and how it influences him now, “When I was very young, the United States provided my family and me a place of refuge. Now, I have been nominated to be the DHS Secretary and oversee the protection of all Americans and those who flee persecution in search of a better life for themselves and their loved ones.”

As for the cabinet-level picks, which are not Cabinet members but are within the Executive Office of the President, some of the Cabinet-level picks do not require the Senate’s confirmation for appointment, such as White House Chief of Staff, National Security Advisor, and White House Press Secretary. There have been three announced without the need of Senate’s consent and four that were announced but have yet to be confirmed.

John Kerry is a Cabinet-level official who has been announced and did not need the Senate’s consent for the U.S. Special Presidential Envoy. Kerry will serve as a diplomat and as a sitting member of the National Security Council. Also, according to The New York Times, this selection marks the first time a role towards climate change has been created.

Then, there are four Cabinet-level officials who were announced but are still needing Senate approval. Avril Haines was announced as prospective Director of National Intelligence. If confirmed, she would be the first woman to lead the U.S. Intelligence.

Neera Tanden was announced as prospective Director of the Office of Management and Budget. She is president and CEO of the Center for American Progress.

Linda Thomas-Greenfield was announced as prospective United States Ambassador to the United Nations. She is a 35-year veteran of the Foreign Service.

Lastly, Cecilia Rouse was announced as prospective Chair of the Council of Economic Advisors. She is the dean of the Princeton School of Public and International Affairs at Princeton University.

In Search of a Third Party