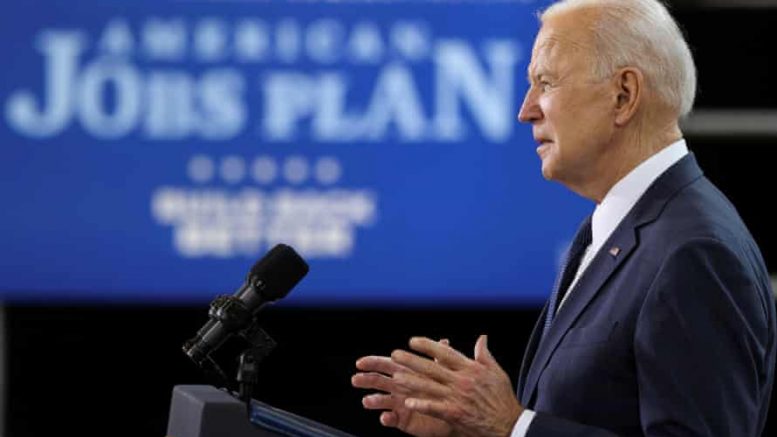 On March 31st, President Joe Biden and his administration released a plan that would invest 2 trillion dollars into expanding transportation infrastructure, developing new jobs in the U.S., improving educational resources, mitigating and taking action against the climate crisis, and updating building infrastructure. Immediately after the announcement of this plan, challenges came from both Republicans that criticized the amount of spending and moderate Democrats that were concerned how the bill would be paid for, which originally was an increase on corporate taxes. Due to these differences, many negotiations took place between Senate Democrats and Republicans to reach an agreement on infrastructure investment. However, these negotiations would cut out funding in items that were considered social infrastructure. This led Senate Democrats to announce that they would be releasing two parts: one smaller bipartisan plan and a larger plan to be passed through budget reconciliation.

After weeks of negotiations, the bipartisan infrastructure bill was announced around the end of June, which received full support from President Biden. After the Senate passed a procedural bill around the end of July to begin debates, the legislative text was drawn up and details on the bill were finalized. On August 10th, the bill passed with bipartisan support in a 69-31 vote and was sent to the House of Representatives for approval.

On July 13th, the Senate Budget Committee Democrats released a 3.5 trillion dollar agreement as a part of the FY 2022 budget resolution. This would clear a path for Senate Democrats to pass a larger infrastructure bill that would include all of President Biden’s priorities that were phased out of the original bill. In spite of concerns over disagreements with the larger infrastructure bill, the bill was able to pass along partisan lines in a 50-49 vote through Budget Reconciliation and was sent to the House for a vote.

As of right now these are the major investments outlined in the Infrastructure Budget Reconciliation bill:

Currently, both bills have passed through a vote to go through the procedural motions of passing the bills. The house democrats have set a deadline of September 27th to hold a vote on the bipartisan bill. Once the bill is written and passed it will be sent to the Budget Committee for final approval.

Back to School Outfit of the Day