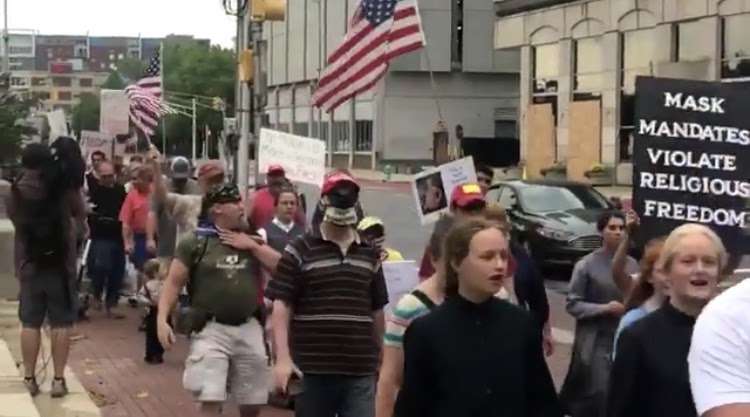 In late February 2020, COVID-19 began to truly proliferate as a widespread pandemic. China led the rest of the world by far with the largest number of cases (over 80 thousand) and deaths since the virus’s first outbreak. At that time, the United States had reported numbers small enough to give President Trump the confidence to speculate that perhaps it’ll all go away when it gets warmer.

But as the curves in the East began to flatten, things were only beginning to get worse in the West.

Before we discuss the U.S., let’s take a look at how other countries went about dealing with the coronavirus; namely, South Korea.

South Korea was in a very concerning position in mid-February as second in the world with the number of infections, coming right after China. However, the country’s quick and thorough precautions led to successful control of the situation.

Officials and doctors worked to develop a test as soon as news of an outbreak in China was first reported; the first test for the virus had already been approved by early February. Testing sites were set up to be both efficient and accessible, with over 633 across the nation, each having a capacity of around 20,000 people. Later on, these sites were made even more convenient as “drive-through testing” was created so that patients could get in and out quickly, with results sent to them via text. The efficiency and speed of this model encouraged South Koreans to get tested.

Thanks to this, contact tracing could be conducted more extensively. A small sample of tested patients doesn’t illustrate a large enough picture to effectively trace the spread of the virus even within a single region. But since testing was both largely available and could provide instant results, contact tracing could also be conducted in a widespread manner, allowing hospitals to zero in on those who need medical attention or quarantine them immediately to further prevent the spread of the virus.

A third main reason was that South Korea was meticulous with receiving international flight arrivals, something China suffered the consequences of (source). Anyone arriving from abroad would immediately be provided a test, along with a 14-day stay at a hotel near the airport to enforce self-quarantine. Meanwhile, food would be provided for the entire two weeks as the person waited for their results. Positive and negative test results would then be dealt with accordingly. This all-expenses-paid care of international arrivals ensured that a self-quarantine would actually be followed through with, making the entire process comfortable, hassle-free, and once again leaving no excuses for anyone to break the rules.

Throughout the entire first half of the year, social distancing, usage of masks, and public hygiene were actions greatly encouraged (and also well followed) by public announcements and news station broadcasts.

South Korea’s timely management and response was so effective that a lockdown wasn’t necessary at all, and around mid-March, the country was already seeing a flattening curve in coronavirus infections.

Malaysia worked even more quickly, with preparation measures that took off in late January. As of February 24th, Malaysia had only 22 cases, with no deaths. Now, their cases have risen to about 8,674, but the country is still on the lower half of the spectrum in severity.

Do you see the pattern of emphasis on speed and responsiveness in countries that were able to contain the virus? It should then be clearer why the United States has been such an utter failure at attempting to contain its own outbreaks.

A problem right from the start was President Trump’s lack of concern and subsequent spread of misinformation and incorrect logic — that the flu kills more Americans annually than the coronavirus will; that the virus will go away by itself in the warm weather; that since the virus has an extremely low mortality rate, there was nothing to worry about. This is a stark contrast to the urgent reports made by other countries on the virus’s deadliness. Thanks to Trump’s faulty reasoning, many Americans mirrored his recklessness and made no effort to self-quarantine, practice social distancing, and other actions that would otherwise prevent the spread of the virus — something extremely careless for a country with such a large population.

At the time, even his report of “only 15 people” wasn’t completely accurate due to the lack of testing availability, so who knows how many more undocumented infections and deaths there actually were?

It goes on. Besides the slow uptake on providing accessible testing centers, throughout the months, hospitals have been struggling with overcapacity, insufficient funds, and a starving lack of medical supplies and treatments for the number of patients that just kept growing. As of now, Remdesivir, the only drug that has proven somewhat effective against the virus, is short supply in some hospitals and stockpiled in others. There’s no mechanism for hospitals to transfer the drug to places that need it most, and doctors are forced to choose who lives and dies. As medical professionals are risking their lives fighting on the frontlines, support is sparse. Hospitals were and still are in a constant state of unpreparedness and being overwhelmed.

Even as this happened, American governors and mayors showed reluctance to enforce mask mandates locally for fear of alienating political allies who were personally against the requirement. Their public excuse? “We felt like it would be really difficult to enforce,” explains the mayor of Jacksonville, Alabama, Johnny Smith. Thus, Americans who simply choose that wearing a mask is too burdensome are able to run rampant without regulation, directly disregarding the strong recommendations of medical experts such as Dr. Jeanne Marrazzo, the director of infectious disease at UAB. According to Marrazzo, the widespread use of masks “[is] probably one of the best tools we have to prevent the virus from spreading.”

Furthermore, President Trump’s impatience to promote his own reelection campaign and encourage turnout has led the Republican Party to pressure the premature reopening of the public throughout the states. In fact, Trump has already held a rally on March 2nd, in Charlotte, North Carolina, another on June 20th in Tulsa, Oklahoma, and plans to continue. These rallies are large gatherings within a crowded space, involving cheering and close proximity — everything the transmission-hungry coronavirus could ever ask for and the last thing this country needs. The numbers show no sign of slowing. It was never about the safety of the public — just the political agenda of authority figures.

Trump finally wore a mask for the first time in public on July 11th, after about 4 million cases and 142,000 deaths. Unemployment in the United States was at an all time high in April at 24.9 percent and has since been jumping between 14.7 and 11.1 percent in recent months.

One may argue that the sheer difference in size between the United States and a country like South Korea makes emulating a smaller country’s response impractical. It’s true that there are some inevitable disparities between these nations that can’t be helped. Along with population size, there are also critical differences in culture. In eastern countries, wearing masks on a regular basis even with just a mild cold is the norm, for the sake of protecting the wellbeing of the general public. Yet in the United States, mask mandates are considered “communism” and a federal “control tactic,” evidence of an every-man-for-himself type of mindset. Moreover, a survey conducted by the Seoul National University’s Graduate School of Public Health reported that 78.5 percent of respondents were willing to sacrifice a bit of their privacy for the sake of a tracking app that reports virus hotspots, and in their opinion, helped the country fight against the pandemic. Meanwhile, Americans would sooner take to the streets toting AK-47s and posters in protest than reveal their daily location to an app (although that already happens anyway).

So what can the United States do?

In truth, I still have so much more to say. I’m not even close to done talking about all the things other countries are excelling at and what the U.S. is falling short with. It goes to show how much the United States just isn’t doing, and whether we expect things to improve soon or not, the only thing we can do is to follow the rules to protect ourselves.

Back To School: A Stationery Review

Be the first to comment on "How the U.S. is Handling the COVID-19 Pandemic and How It Should Be"