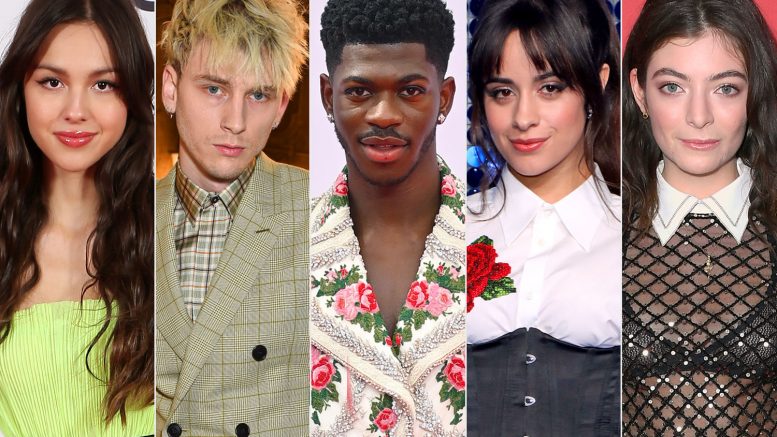 MTV’s 2021 Video Music Awards took place on September 12th at the Barclays Center in New York. The show was hosted by American singer, songwriter, and rapper, Doja Cat. With stunning appearances on the red carpet and breathtaking live performances, the VMAs drew in huge names from the music industry, such as Lil Nas X, Machine Gun Kelly, Jennifer Lopez, and more. If you missed watching the VMAs, keep reading to learn about four memorable moments from this year’s show and a few of the biggest winners.

1. Justin Bieber and Olivia Rodrigo were the opening performances

After six years, Justin Bieber reappeared at the VMAs to perform his songs, “Stay” and “Ghost.” The upbeat song “Stay“, which is a collaboration with Kid Laroi, formed an excellent contrast with its somber counterpart “Ghost”. Justin Bieber had a successful night as he later took home the Artist of the Year and Best Pop awards. In his acceptance speech, he thanked his wife Hailey and said, “We are in unprecedented times with this COVID thing that’s happening right now. It’s a big deal. Music is such an amazing outlet to be able to reach people and bring us all together. That’s why we are here right now. We’re all here together.”

2. Madonna was the surprise opener

Madonna surprised the crowd as she made her entrance while dressed from head to toe in leather. Her unexpected entrance was supposed to “reference the start of her career along with her move to New York City.” She pumped up the crowd and congratulated MTV for their 40th birthday.

3. Cyndi Lauper and Billie Ellish stood up for women’s rights

Cyndi Lauper, an American singer, songwriter, and actress best known for the song “Girls Just Want to Have Fun,” presented the crowd with a powerful feminist speech. Before giving an award to Justin Bieber, Giveon, and Daniel Caesar, Lauper stated, “The girls still wanna have fun. But we also want funds. Equal pay. [We want] control over our body. You know, fundamental rights.” The crowd wholeheartedly supported her pleas by erupting into applause.

Billie Eilish gave a similar message when accepting her Video for Good award for her song “Your Power.” During her acceptance speech, she thanked her fans and then gave a powerful message. She said, “I just want to say that we need to protect our young women at all costs. We also need to remember that we all have power, and we have to remember not to abuse it.” Her song “Your Power” set forth the same message. To inspire others to change their ways, Billie Ellish discussed how she has witnessed and heard about others abusing their power over women.

There is still confusion over a video that shows Conor McGregor, a U.F.C. Fighter, lunging at the singer, Machine Gun Kelly. Kelly and his girlfriend, Megan Fox, were held back by security while McGregor was escorted out. While the timeline involved in this brawl is unknown, T.M.Z. reported that when McGregor approached Kelly, Kelly’s security pushed him out of the way, and that was when McGregor got riled. Days later, when asked about the brawl, McGregor claims to be unaware of the situation and states, “I just showed up. Nothing happened with me.”