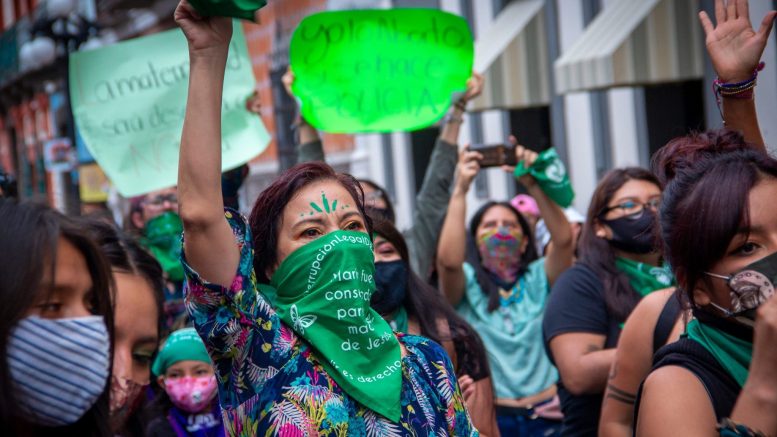 On September 6, 2021, 11 justices met in Coahuila, Mexico to discuss the law that punished people who have undergone an abortion procedure, even in the event of rape, with the consequence of up to three years in prison. Of those eleven justices, eight voted to revoke that law. On the following day, the remaining three justices joined in the decision, and it was declared that such laws were unconstitutional.

This decision applies only to Coahuila, as implementing these new policy changes nationwide would require federal legislation changes or for the other 28 states to follow suit in decriminalizing the procedure.

Consequently, criminalizing abortion is unconstitutional in Mexico, and those that have been arrested for having an abortion can sue state authorities to have the charges dropped. Additionally, the justices did not specify the maximum time until a person can legally obtain an abortion, meaning that those terms will presumably be determined at a state level.

Alongside Coahuila, four additional states —  Mexico City, Oaxaca, Veracruz, and Hidalgo — permit abortion in most circumstances and have decriminalized it within the first 12 weeks of pregnancy. As for the other 27 states, Christianity Today reports they penalize abortion with some exceptions.

Many justices argued that prohibiting abortions violates the person’s right to control their own body. Arturo Zaldívar, president of the court, wrote in his argument that “The criminalization of abortion punishes the poorest women, the most marginalized, the forgotten and most discriminated against, in the country. It’s a crime that in its nature punishes poverty.”

As for what others thought, President Andrés Manuel López Obrador was asked at his morning news conference on September 7, 2021, what he thought about the Supreme Court’s decision, and he declined to comment.

However, there were others that did have comments condemning the decision, such as conservative politicians and the Catholic Church. The Episcopal Conference of Mexico, an organization of Catholic bishops, wrote in a tweet, “Those of us who are convinced of the value of life do not have a need for a homicidal law like the one they are approving.”

In the United States, there have also been changes made regarding abortion. In Texas, an anti-abortion measure bans abortions after six weeks of pregnancy, and citizens can pursue legal actions against those that seek a termination.

Be the first to comment on "Abortion Decriminalized in Mexico"