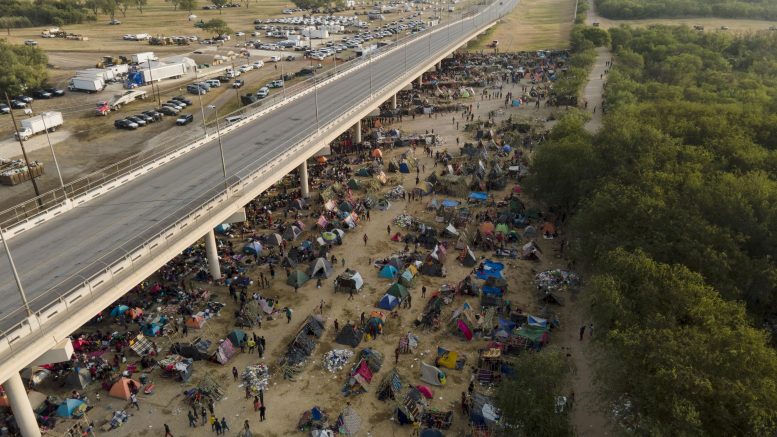 Over the past week, some 14,000 migrants camped under a bridge in Del Rio, Texas. In their long trek to America, many have been in Mexico, Central America, and as far as Bolivia. However, the vast majority of these asylum seekers share something in common: they are Haitian.

The recent influx of Haitian migrants is a new phenomenon due to the unique geopolitical circumstances affecting Haiti. The first major change was the assassination of the Haitian President, Jovenel Moïse, by foreign mercenaries. During Moïse’s presidency, outbreaks of mass demonstrations amidst the pandemic were prevalent due to Haiti’s longstanding economic performance, or lack thereof, as well as perceived corruption by the Haitian working class. Moïse has also been criticized by Haitians for wielding his power in a dictatorial fashion, through ruling by decree and creating an intelligence agency under his sole authority.

However, it was not Moïse’s controversial handling of power that necessarily led to Haitians fleeing. Rather, the corruption and abuse of power Moïse employed only exacerbated problems dating back to the deadly 2010 earthquake that killed an estimated 250,000 Haitians and destroyed Haitian infrastructure.

This damage led to a failing economy and a crumbling healthcare system that lacked the infrastructural backbone to better their performance, which is likely responsible for the rise in crime and violence in recent years. Criminal gangs now control large portions of the country. They kidnap and murder civilians with little to no repercussions due to Haiti’s unorganized and corrupted police force. Before Moïse’s assassination, these conditions were contributing to Haitians fleeing from the country.

What is interesting is that Moïse’s authoritarianism, at least from the perspective of Haitians, provided some form of stability even while Haiti was slowly descending into sociopolitical chaos. But this minuscule sense of stability dissipated once the president was assassinated. With no clear line of succession and Haiti’s legislative branch closed, Haiti risks a further loss of democracy and worsening of the already economic and political ruin the country is experiencing. Consequently, the number of fleeing Haitians surged after Moïse’s assassination.

Haitians, with seemingly no end to their suffering, endured another catastrophe: a deadlier earthquake. With a magnitude of 7.2, a violent earthquake even more powerful than its 2010 predecessor, delivered a devastating blow to Haiti that was already in turmoil after its President’s assassination. The earthquake overwhelmed hospitals, which have already been working to the brim due to the pandemic. Additionally, 66 health facilities and 61,000 homes have been destroyed, which is expected to increase COVID-19 transmission, especially with Haiti’s low vaccination rates. The worsening of infrastructure, damage to homes, and crumbling of an already broken healthcare system only added to the number of Haitian migrants fleeing their home country to Del Rio, causing 2,000 asylum seekers to turn into 14,000 in a matter of a week.

Be the first to comment on "Why Haitians Are Seeking Asylum"