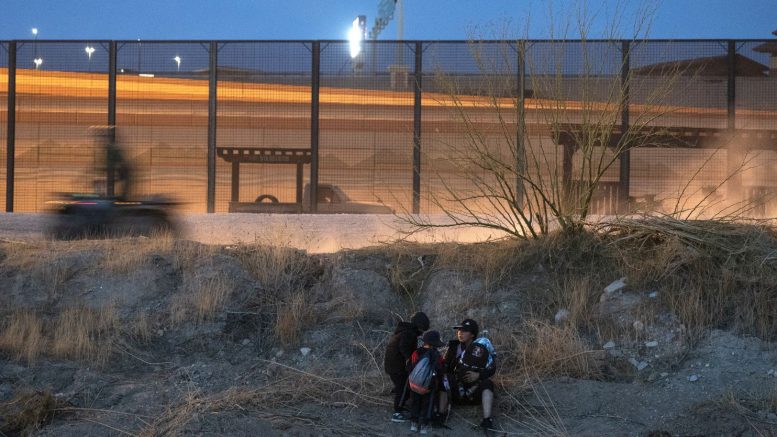 In recent months, the United States has seen a steep increase in the number of migrants attempting to cross the United States-Mexico border. Migrant encounters at the border are currently at the highest level seen in the last four years, reaching past 172,000 migrants as of March 2021. More than 15,500 of those individuals are unaccompanied minors being detained at the border.

Migrant Protection Protocols, previously implemented under President Trump’s administration, forced Mexico to become a buffer zone in which migrants seeking asylum could be expelled and forced to await U.S. trial. At the onset of the coronavirus pandemic, the Trump administration implemented a stricter policy on the basis of preserving public health, known as Title 42. This policy essentially closed the border to all nonessential travel and resulted in a majority of migrants being turned away at the border. The Biden administration has maintained this policy; however, the new administration has also made the decision to exempt unaccompanied minors from expulsion. This amendment has ultimately resulted in increased encounters with migrant children attempting to cross the U.S.-Mexico border, and this number continues to climb.

According to a statement released by Homeland Security Secretary Alejandro N. Mayorkas, the U.S. is on pace to encounter more migrants on the southwest border than seen in the past 20 years. The majority of these migrants are single adults, most of whom are being expelled in an attempt to mitigate the public health crisis of the coronavirus pandemic. Migrant families, except in the case of a family member having an acute vulnerability, are also being expelled from the border. Noting unaccompanied minors under the age of 18 as an especially vulnerable population, the Biden administration has made the decision to accept unaccompanied children to a Border Patrol facility and process them for transfer to the Department of Health and Human Services. HHS works to shelter these children and hold them for testing and quarantine until they can be united with a sponsor or relative and later present a claim for relief under the law.

Poverty, violence, corruption, and natural disasters have long been reasons for migrants to flee their home countries. The COVID-19 pandemic has introduced new challenges in migration and forced numerous families seeking asylum to be turned away at the border. Migration has become increasingly dangerous, and the Biden administration’s consequential decision to protect the humanitarian rights of children seeking refuge has in part contributed to the incline in encounters with migrant children at the border. Mayorkas has stated that The Department of Homeland Security will continue to work diligently to address this challenge.

Be the first to comment on "Influx of Migrants at U.S.-Mexico Border"