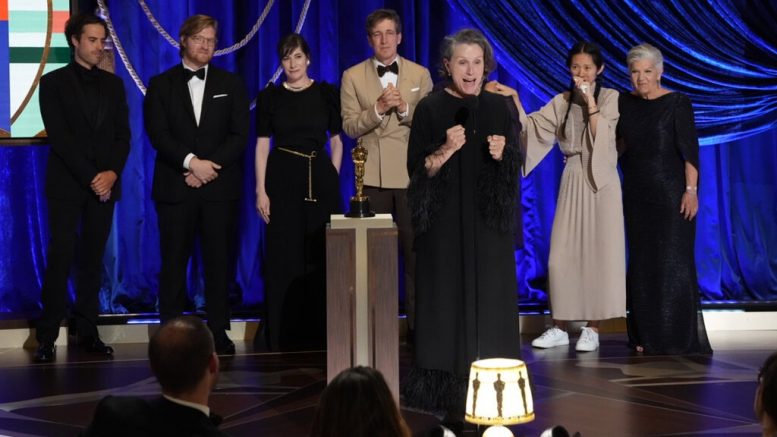 On Sunday, April 25, the 93rd annual Academy Awards took place. The recent Oscars received the worst ratings in history with roughly 10 million viewers tuning in to watch the event. A decision was made back in the summer of 2020 to postpone the Oscars from its normal February date to April due to the coronavirus pandemic. In a statement, the Academy of Motion Picture Arts and Sciences President, David Rubin, and its chief executive, Dawn Hudson, stated, “Our hope, in extending the eligibility period and our awards date, is to provide the flexibility filmmakers need to finish and release their films without being penalized for something beyond anyone’s control.”

Though the notion that extending the ceremony to allow time for films to be made and released is reasonable, the altered timeline may have resulted in the lost viewership. Without the usual timeline of Oscar Sunday occurring in the weeks directly following the Super Bowl, many people just downright forgot the Oscars was a thing. Additionally, due to the COVID-19 pandemic, movie theaters were closed for much of the year, and many did not get a chance to view the films that were nominated this year. Oscar winner, Frances McDormand, urged viewers during the show to support their theaters stating, “Please watch our movie on the largest screen possible and one day very, very soon take everyone you know into a theater, shoulder to shoulder, in that dark space and watch every film that’s represented here tonight.”

The Oscars was somewhat of an intimate affair, held at Union Station in Los Angeles instead of the usual Dolby Theatre, which also contributed to the mundanity of the event. As has been the case in the past few years, there was no host. Instead, actress Regina King introduced the show and explained the COVID safety protocols in place to accommodate the two hundred nominees maskless inside Union Station. In her opening speech, King also made it a point to acknowledge that if a different verdict had come out of the Derek Chauvin trial, which had come to a close days before the ceremony, “I may have traded in my heels for marching boots”.

As for the big winners of the night, Nomadland won three of the six awards it was nominated for, including Best Picture. Frances McDormand took home Best Actress and Chloé Zhao won best director for the western drama. The widely popular October 2020 Disney film, Soul, won Best Animated Feature. Many were taken by surprise when the late Chadwick Boseman did not receive the award for Best Actor for Ma Rainey’s Black Bottom. Boseman had been praised by film organizations and had also posthumously received the Golden Globe for Best Actor. Instead, eighty-three-year-old Anthony Hopkins became the oldest actor to receive an acting Oscar, taking home the Best Actor award for The Father.

Although credit can be given for the effort put into creating the show, the Oscars just wasn’t the spectacle it usually is. The vast majority of the over three-hour show remained fairly anticlimactic. Even former California Governor and Terminator actor, Arnold Schwarznegger admitted to only watching a third of the ceremony, stating in an interview on ABC’s Jimmy Kimmel LIVE!, “it was so boring.”

Be the first to comment on "Yes, The Oscars Happened"