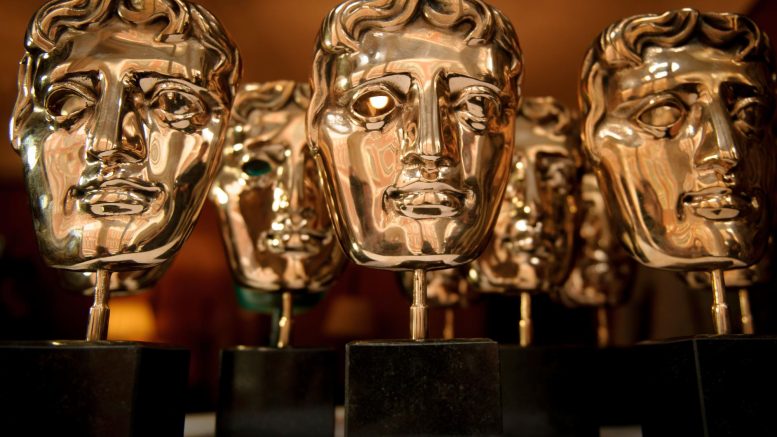 After being postponed due to the pandemic, the 74th British Academy Film Award show (BAFTA) took place virtually on April 10th and 11th in London’s Royal Albert Hall, with both days aired live on BBC. Marc Samuelson, chair of the BAFTA Film Committee, was thrilled that the award show would have two segments for the very first time and stated, “It has been an extremely tough year for everyone, including for cinemas and for the film industry, so we are looking forward to some fun, and a celebration of great talent across the weekend.” The show kicked off with a total of three hosts, one for April 10th and two for April 11th, and they announced over 25 grand winners who took home the famous theatrical mask trophies. In case you missed the award show, here are three highlights from the weekend event.

The director of the award-winning film Nomadland, Chloe Zhao, became the second woman and first woman of color ever to win the BAFTA award for “Best Director”. Her film focused on capturing the venture that real-life aging nomads embark on as they journey through the American West. Zhao has accomplished a lot this award season, from picking up two Golden Globes to four Critics Choice Awards, and is now taking home an individual director and the best film award from the BAFTA. She accepted her award while dressed in casual attire and over Zoom. During this, she made sure to thank her community of supporters, the fans of her film, and her crew. In honor of the real-life nomads captured in Nomadland, Zhao said, “Thank you for showing us that aging is a beautiful part of life – a journey that we should all cherish and celebrate. How we treat our elders says a lot about who we are as a society, and we need to do better.”

Yuh-Jung Youn won the “Best Supporting Actress” award for her role in the film Minari. This film showcases a Korean-American family immigrating to the United States in hopes of discovering their own American dream. However, along the way, they pass through strange situations that force them to contemplate the importance of family. When accepting her award, Youn mentioned a detail that caused both laughter and subtle whispering among viewers. She said, “Thank you so much for this award. Every award is meaningful, but this one especially [to be] recognized by British people, known as very snobbish people and they approve of me as a good actor. So, I’m very, very privileged.” Afraid of causing any controversy, Youn has since apologized for calling British people snobbish by saying, “Hear me saying this: Oh please, big apology for the British [people]. Hello, Britain, forgive me.”

Viewers were shocked when they realized that singer Liam Payne appeared next to an animated version of himself. While the real Liam Payne appeared in a gray suit, the hologram version stood next to him wearing a bright blue suit. Apparently, before the performance, an augmented reality experience was shared with fans through a pushed-out app, allowing them to see Payne’s movements on their phones. Later, when the performance began, fans realized that Payne was interacting with the same avatar that appeared on their app. This meant that he was essentially performing a duet of the song Midnight with himself.