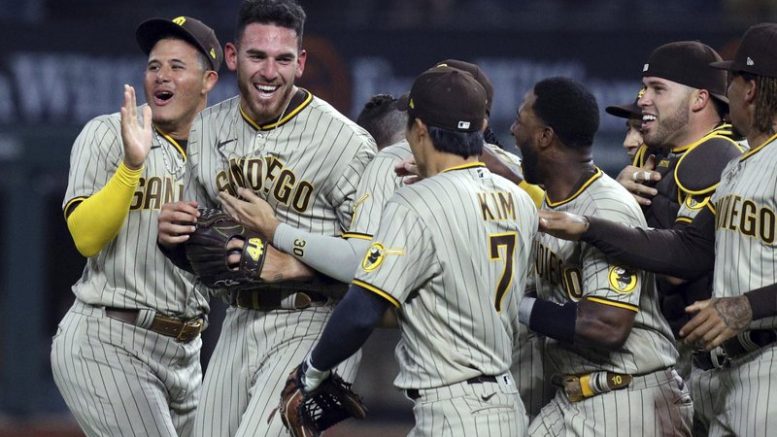 Joe Musgrove of the San Diego Padres pitches the team's first ever no-hitter in the first few weeks of the 2021 MLB season (AP Photo/Richard W. Rodriguez).

On April 1st, 2021, Major League Baseball held its Opening Day of the 2021 season in which 26 of all 30 teams played against one another. This marks a return to a 162-game schedule following the pandemic-shortened, 60-game season played in 2020. While concerns regarding the pandemic continue to linger, a glimpse of normalcy can be found amidst all the chaos occurring across the world.

In light of the availability of vaccines to the general public and improving conditions across the nation, MLB has softened numerous COVID-related protocols compared to its previous season. After postponing the 2020 season by four months due to the onset of the pandemic, MLB announced that no fans will be allowed to attend games and that baseball teams must follow strict rules set in place to minimize the risk of infections on and off the field. Each team is also allowed a “Taxi Squad” of players who serve as replacements for potential injuries or COVID-related removals to decrease outside contact. Furthermore, various game rules such as shortened doubleheaders and universal designated hitters were made to help protect players from injury caused by a lack of ramp-up to the season.

This year, MLB elected to roll back a number of the rules set in place to help ease baseball back into a post-COVID world. Fans are finally allowed to attend in-person games with each team following statewide guidelines and setting individual limits for each stadium. All teams decided to allow at least some fans to return, and the Texas Rangers became the first team to allow 100% capacity at their home stadium. While some of the in-game changes such as shortened doubleheaders and “Taxi Squads” have been kept, others such as the universal DH were removed until further notice.

However, COVID is still a harsh reality for everyone, including the MLB, and has already left its mark on the new season. Teams such as the Minnesota Twins, Chicago Cubs, Houston Astros, and the Toronto Blue Jays have either seen outbreaks or scares relating to the virus less than 3 weeks into the season. Additionally, only a few teams have seen a majority of players and staff get vaccinated despite its availability to the league, causing even more reason for concern as more teams could be potentially sidelined.

MLB has also found itself in further controversy after moving the All-Star Game from Atlanta to Denver following the passing of new voter laws in Georgia that has been criticized as an attempt to target Black voters in a state with a long history of voter suppression. While the move has been praised by many as a show of solidarity from a major organization with significant outreach, proponents of the Georgia voting bill have criticized MLB for the move while others questioned the move away from a predominantly Black city to Denver, a majority-white area.

The future of the sport, too, seems to be in limbo. MLB and the MLB Players Association (MLBPA) will have to renegotiate a collective bargaining agreement for 2022 and beyond and, due to the current state of the sport, a strike could be looming in the distance. Drastic cuts to the Minor Leagues and the amateur draft could signal a decrease in the size of the MLB farm system without yielding significant benefits for hundreds of players who continue to struggle with extremely low wages and subpar conditions. New rules are also being experimented with in various levels of the Minor Leagues to test out new methods of making the sport more accessible to the general audience. No matter what changes are in store, the future remains a mystery.

As teams grind out the early weeks of the 162-game season, the favorites Los Angeles Dodgers are looking to defend their World Series title against other juggernauts such as the San Diego Padres, New York Mets, and Houston Astros. Standings are likely to be much less variable compared to its shortened 2020 counterpart, and players, especially starting pitchers, will have to adjust greatly to increase workloads. Uncertainty will undoubtedly be a major theme this year, but perhaps more importantly, baseball is back and normalcy will follow soon.

Pandemic Pets: What You Need to Know

Be the first to comment on "Old Traditions, New Challenges: MLB Reconvenes for 2021"