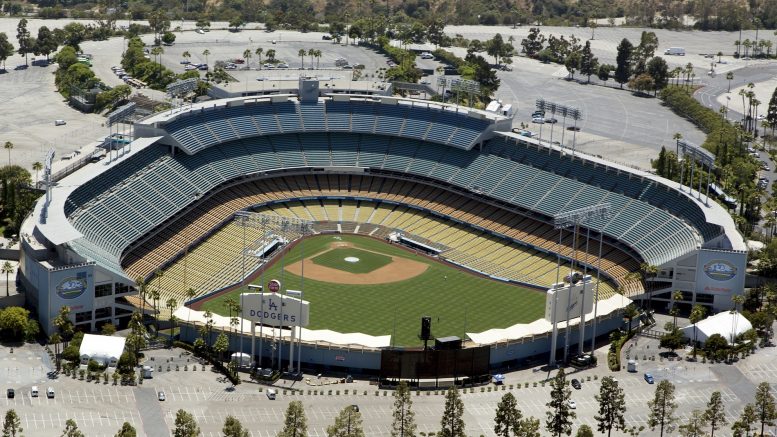 The 2020 Major League Baseball season came to a close with the Los Angeles Dodgers, who have been a powerhouse since 2013, finally winning the World Series over the Tampa Bay Rays. After years of languishing in the postseason, the Dodgers were able to clutch up in six games and take home the championship title.

The 2020 season was filled with sheer, unadulterated weirdness, from the implementation of a universal designated hitter to the shortened 60-game schedule as opposed to the normal 162-game length. As the pandemic raged on, fans were not permitted to watch games in the stadiums, and specific rules were implemented to ensure player safety. Even with the precautions, COVID outbreaks took down dozens of players, while many others sat out of the season. Nothing seemed to be normal.

Well, that was the case, until the postseason started to come around. The Dodgers, boasting players such as future Hall-of-Famer pitcher Clayton Kershaw and reigning National League MVP Cody Bellinger, were the juggernauts of the National League. In fact, they qualified for the World Series three out of the last four times, making them one of the most successful teams in recent history. It comes as no surprise, then, that the Dodgers made the World Series once more after beating out the Milwaukee Brewers, the San Diego Padres, and the Atlanta Braves.

The Tampa Bay Rays, on the other hand, showcased their prowess in a completely different way. With a projected payroll of a mere 70 million dollars—compared to the league’s highest budget of 241 million dollars (oh those Yankees)—the Rays do not rely on big-name free agent signings to build up their core. Rather, the Rays’ strong young core, sneaky free agent pickups, and data-based approach have been central to their sustained success over the season despite their limited payroll. Players such as Willy Adames and Randy Arozarena are emerging as young superstars within the team, setting the team up for success for the foreseeable future. With these strengths, the Rays upset the Toronto Blue Jays, the New York Yankees, and the Houston Astros to reach the World Series.

After a strong offensive showing by the Dodgers in Game 1, the Rays bounced back in Game 2 with a couple large hits of their own, pushing back a late-game effort by the Dodgers to comeback. The Dodgers bounced back in Game 3 with yet another strong showing by their offense, but lost a walk-off in Game 4 after a bizarre play including two separate errors. Undeterred by their mishaps, the Dodgers kept on hitting and turned in strong pitching performances by Clayton Kershaw and Tony Gonsolin to win Games 5 and 6 respectively, capping off their run for the World Series. The Dodgers won their first World Series since 1988, with shortstop Corey Seager taking home the World Series MVP accolades. The Rays, despite their valiant effort throughout the postseason, fell just short and are repositioning themselves for another deep October run next year.

The win holds special significance for the Dodgers, especially given their recent World Series drought and loss to the Houston Astros in the 2017 World Series. The Dodgers’ lack of sustained postseason success, despite the sheer amount of talent on the team, was a topic of controversy amongst their fanbase. Players such as the aforementioned Clayton Kershaw were dubbed as postseason “chokers” due to their poor performances in key games, with zero regard for their successes in the regular season. Additionally, the Astros’ win over the Dodgers has since been tainted by a cheating scandal involving electronic surveillance and sign-stealing, prompting many to argue that the Dodgers were robbed of a World Series title just a few years prior. It only feels fitting, given these unfortunate circumstances, that the Dodgers finally win a title fair and square, securing a ring for some of the best players in the sport today.

For the Rays, the loss is a disappointing one. After beating out giants such as the Yankees and the Astros, the Rays were emerging as a fan favorite in the World Series due to their underdog status. Historically strong performances by players such as Randy Arozarena have propelled the Rays forwards, generating even more momentum for the team. Yet, even with valuable free agents such as Charlie Morton leaving the team after this year, the Rays are not a one-and-done team. In fact, the Rays have one of the strongest farm systems in all of MLB, headlined by the number 1 prospect in all of baseball, Wander Franco. Even with this disappointing loss, the Rays still have a bright future ahead of them and are poised to make a comeback in 2021 and beyond.

As the dust settles for the World Series, the showdown between the perennial powerhouse Dodgers and the unexpected underdog Rays is a small sliver of normalcy in an abnormal era. Even in the most improbable of seasons, the 2020 World Series provided entertainment across 6 days, showcasing the most dynamic players in the sport today. From here, teams will continue to retool, reset, and prepare for next year.

For Cubs Fans, The Excitement and Fear of Winning the World Series

Be the first to comment on "Finally, the Dodgers Win the World Series"