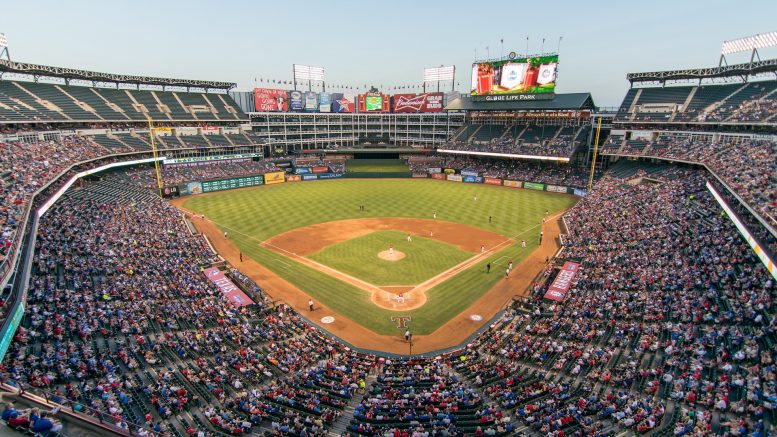 This summer’s biggest headline happened on July 23rd, when America’s pastime for past timers finally came back with Major League Baseball announcing a plan to resume play amidst a worldwide pandemic. Joking aside, baseball’s return has drawn considerable attention, especially regarding its approach to maintaining players’ safety and enforcing a league-wide COVID protocol. Given the precarious nature of the whole situation, how exactly is the organization approaching the pandemic, and what lessons can we take away from their response?

The baseball season was originally set to start in late March but was canceled prior to Opening Day when the U.S. experienced a huge leap in infection numbers. As the time to resume the season started to run out, MLB and the MLBPA (the players’ union) reached an agreement for a 60-game season which included a list of rules that players had to follow to ensure player safety. Such rules were enacted based on the harsh reality of the global COVID-19 situation, with the assumption being made that positive cases will arise once the season continues. Among these rules are on-field restrictions, such as banning spitting and high fives in order to limit physical contact, and off-field restrictions to ensure players stay within a safe environment. Additionally, players undergo saliva testing every other day to ensure that the virus can be contained as soon as possible if an outbreak does occur.

However, there are a few key details that were missing from the protocols: a player “bubble” and plans for dealing with potential teamwide outbreaks. A bubble is, in essence, an isolated, COVID-free zone for athletes to compete and live in. Players are provided hotel rooms, food, training spaces, courts or fields, entertainment, and other necessities, all in an enclosed space provided by the organization itself. Such a policy is being implemented by the NBA, which has also recently restarted its season during the pandemic. Creating such a bubble would make it easier to track players’ movements and manage the living space for the players. Indeed, this idea was considered by MLB during negotiations with the players’ union as a potential fix to the current health crisis. However, players’ reluctance to enter a bubble environment for a 60-game season (which would stretch on for more than two months) led to the idea being scrapped on the planning table.

The lack of action to implement a bubble increases the likelihood of outbreaks amongst teams as it is mostly up to the players themselves to ensure that they follow procedures and keep each other safe. With no concrete, overarching action taken by the league to enforce a quarantined space, players have fewer roadblocks barring them from breaking social distancing regulations and increasing the risk of exposure to COVID-19. That opens the door to allow gaps in the COVID-19 response, and given the intimate contact between teammates on and off the field, the disease could sweep through a team rapidly. In addition to not taking the necessary measures to prevent an outbreak, the MLB has also made no plans to respond to such potential outbreaks and thus has left a glaring hole in terms of how it would stop the spread of the virus to other teams once someone involved with the league contracts the disease.

Just as expected this glaring hole in MLB policy gave way for a grim reminder of the magnitude of the pandemic. Since the season restarted, dozens upon dozens of players have been tested positive for the virus and were sidelined from baseball action. Additionally, two teams, the Miami Marlins and the St. Louis Cardinals, have seen massive outbreaks that have led to the teams postponing their schedules in order to properly quarantine all players and staff members. The Marlins in particular have created additional risks for other teams as some players went undiagnosed and played a few games against other teams, further spreading the virus. Over 20 players have also opted out of the season, choosing not to play due to the potential risks of contracting the virus.

This rise of COVID cases is compounded by other major logistical issues facing MLB. Testing was delayed at the start of the season, with players unable to get tested and receive results within the required timeframe. This created a logjam and led to increased concerns over the league’s capability to ensure safety throughout the season. The two outbreaks among the Marlins and the Cardinals have forced them to push back numerous games, creating yet another roadblock for the season to go on. These issues have compelled the MLB to rethink its approach to the current pandemic and can potentially jeopardize the rest of the season.

All such issues point towards the fact that MLB’s plan for pandemic ball was ineffective at best and downright reckless at worst. That begs the question: after investing months, immense manpower, and hundreds of millions of dollars into restarting baseball, what went wrong?

As mentioned previously before, the logistical issues surrounding testing players on a regular basis and guaranteeing a safe environment for play created panic around the league. This led to numerous high-risk individuals opting out to protect themselves and their families. The league’s inability to address the concerns of players and team staff dealt a blow to the efforts to restart the game well before Opening Day with dwindling numbers. Even now, players are still voicing their concern regarding MLB’s conduct and are continuing to leave the season.

Their worries were further backed by the COVID catastrophes of the Marlins and the Cardinals. The Marlins, who were the first team to be hit by a wave of COVID infections, saw 18 of their original 30 players get infected alongside a number of staffers. The Cardinals, on the other hand, are still seeing new infections despite having the initial cases be detected roughly a week ago. At the same time, reports have come out alleging that certain players on both teams have been breaking protocol and have contracted COVID after going out. A similar situation is now affecting the Cleveland Indians, although no new cases have been reported among their team members yet. This exemplifies the sense of carelessness that is currently afflicting the league, largely due to the lax restrictions placed on players that rely on their own sense of accountability.

A good example of said player carelessness can be seen with the Cleveland Indians when two pitchers, Zach Plesac and Mike Clevinger, snuck out of their hotel, evaded security, and went out to Chicago despite knowing the risks associated with contracting the virus. Their action was particularly reckless considering that one of their teammates, Carlos Carrasco, is a high-risk individual, having recently overcome leukemia and making a risky return in spite of the current situation. After the incident, Plesac and Clevinger’s teammates have reportedly lost trust in their ability to maintain a safe environment, further fueling clubhouse tensions and plunging the safety and competitiveness of the team into jeopardy.

The above case shows that MLB’s decision to trust players to uphold strict standards on their own was not the correct decision, especially when one single mistake has the potential to bring down an entire team, or potentially, the season as a whole. It is entirely possible that such actions will continue to drive players away from further participating in the season and bring about more panic, thus casting even more doubt on the current situation.

Perhaps, it was wrong to even consider restarting sports now. Baseball’s return was supposed to be a signal that things would, eventually, return to normalcy. The current state of the MLB, however, suggests otherwise, showing that even with immense investment and planning, the pandemic will not stop for the entertainment of millions across the country. The virus sees no boundaries and will continue to spread with tiny cracks in the effort to stop the pandemic. MLB’s flawed attempt at restarting the season amidst a pandemic should remind us that the virus is still an extremely real threat to everyone across the nation and beyond and that safety measures must be taken in order to limit the further spreading of the virus.

Update on the Biden Infrastucture Plan

Acronyms by The Acronym (and other Student Lingo)

Be the first to comment on "Pandemic Ball: A Closer Look into MLB’s COVID Plan"