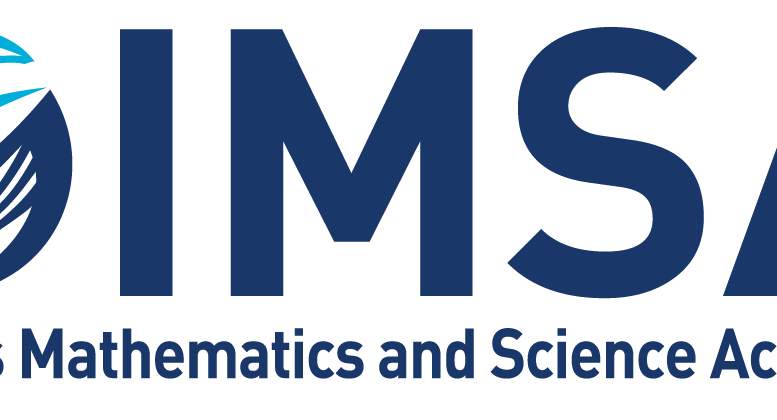 On May 20, 2020, it was announced that IMSA would start the following school year with distance learning as a result COVID-19, and remain remote until the criteria for the Restore Illinois Plan is met or there is a treatment or vaccine available. This move has led to a variety of changes at IMSA, some of which have been misunderstood or are in need of greater context. In order to gain insight into these decisions, Acronym’s Editors-in-Chief interviewed Dr. Jose Torres on COVID-related developments since May.

When asked about the decision to start the school year with distance learning, Dr. Torres said, “There are a number of vaccines in the works that may be ready by the end of this year in December or January 2021. I’m open to that. If the entire state was going down in the positivity rate, and everybody said we’re going to bring everyone back because it’s so safe, we would be fools to not come back. We want to come back. But right now, we’re not quite there yet. […] My hope is that we come back after the new year.” As of July 26, all health regions of Illinois achieved Phase 4, but there is presently no effective treatment or vaccine available.

The Student Inquiry and Research program provides IMSA students with the opportunity to conduct original investigations with distinguished mentors, either within the IMSA community or with a university or business partner. In Dr. Torres’s update email sent to students on July 9, he reported that “because of conditions created by the COVID-19 pandemic, IMSA is continuing its flagship Student Inquiry and Research Program (SIR) for the Academic Year, albeit with a smaller scope.” This smaller scope entails a reduction in on-campus SIR programs due to the impossibility of “wet labs.” The newest addendum to the IMSA Student Handbook states that “continuing and new SIR projects that involve working with IMSA or off-campus (non-IMSA) mentors will be allowed to take place, as long as the student and mentor agree that meaningful work can be completed remotely.” Accordingly, many IMSA students plan to participate in SIRs in 2020-2021, despite the new limitations.

Dr. Torres shed light on the decision-making process behind the changes to SIR: “We did some surveys, back in March, I believe. We had 6 mentors in early March who said that they might be beginning SIR next year. We also surveyed 20 students who were doing summer SIR projects, this summer, and then out of 31 students who had done SIR last year, we heard from only 12. So based on all of that data and based on our knowledge and understanding [of] what would happen in SIRs off campus, we knew we would probably not have that many [SIR opportunities]. So the way that we organized the SIR [management] team [is]… Dr. [David] DeVol and Dr. [Sowmya] Anjur are doing it this year. Last year we had Dr. [Don] Dosch, Dr. [Eric] Smith, and Dr. DeVol. We knew we could skim that down.” When asked if there would be new remote SIR opportunities, particularly in the humanities, Dr. Torres said that “there could be,” but did not have the details.

IMSA has also decided to redesign the weekly class schedule based on the remote learning experiences from the fourth quarter of the 2019-2020 academic year. The recent addendum to the Student and Parent Handbook states that “we found that students and faculty were mentally exhausted by prolonged periods of back-to-back synchronous sessions via video conferencing. In order to mitigate this issue, we have redesigned our weekly schedule to limit the amount of possible class meetings a student and faculty member may have in a single day.”

The new schedule calls for half the amount of synchronous class time for each class, with classes starting at 9:00am and ending at 2:20pm. While in the past IMSA has offered 8 periods or “mods” per day, this new schedule calls for 4 mods per class day and incorporates designated time in the afternoon for activities like LEAD and residential programming, which previously would have occurred in the evening. Dr. Torres said that he is “glad they came up with this schedule to minimize the number of mods in a single day to allow you to have more energy to follow through and do homework. So absolutely, you’ll have more homework, because you’ll have less class time.”

Another major decision prompted by the effects of COVID-19 was the Reductions In Force (RIFs) enacted in July. In a previous article, The Acronym covered the IMSA Council teacher’s union response to these RIFs. In particular, the Union president Dr. Michael Hancock had concerns about how the cuts to primarily student-facing faculty and staff could negatively impact students. The Union sent a letter to the Board of Trustees including these concerns, and asserting that they were willing to bargain the impacts of RIFs on teaching faculty’s working conditions, but did not receive a response until more than a week later, after a town hall meeting had occurred to announce the RIFs. In this interview, Dr. Torres responded to some of those concerns, including the delayed response to the Union’s letter to the Board. Dr. Torres stated that “there was no request to respond [to the letter] in any way… [and that he] forwarded the letter to the Trustees as soon as [he] received it, which happened to be before they made the decisions… And [Dr. Torres and the board] were expecting to bargain impact, which is a requirement. But [the Union] cancelled an hour before we were supposed to come together. So we sent them an email . . . a week after the letter [saying], we stand ready to bargain.”

In response to the criticism surrounding layoffs to student-facing faculty and staff, Dr. Torres said that, even after the cuts made during the RIFs, the school has added 1.5 teacher Full-Time Equivalents (FTEs) since 2016.

As to possible increases in class sizes resulting from the RIFs, Dr. Torres said that, “History and English classes… [are] a little larger than your math and science classes… by design. We have math and science in our title. We are called the Illinois Math and Science Academy. And so for English we’ve always had class sizes around 23, 24, up to 25… social studies and history have stayed closer to 25. Remember, we added a teacher we didn’t need. Class sizes went to 21 in social sciences last year, so they’ll go back… [up to] where they normally are.”

Finally, Dr. Torres elaborated on the reasoning behind laying off faculty and staff, rather than furloughing them: “We laid off employees rather than furlough them because the State of Illinois’ benefits are significantly enhanced for layoffs. For example, if we furlough employees, after 30 days, the employee would have to cover both the employee and the employer cost for benefits. On the other hand, by laying them off, the State of Illinois will pay the employee benefits for a minimum of six months (for employees with at least one year of service) up to twenty four months, depending on length of service.” This information came from the state’s Central Management System (CMS) Group Insurance Manual.

Four Shows to Binge on Netflix During Quarantine

Possible Changes to the Future of Asynchronous Exams

Be the first to comment on "Interviewing Dr. Torres on Summer Developments "