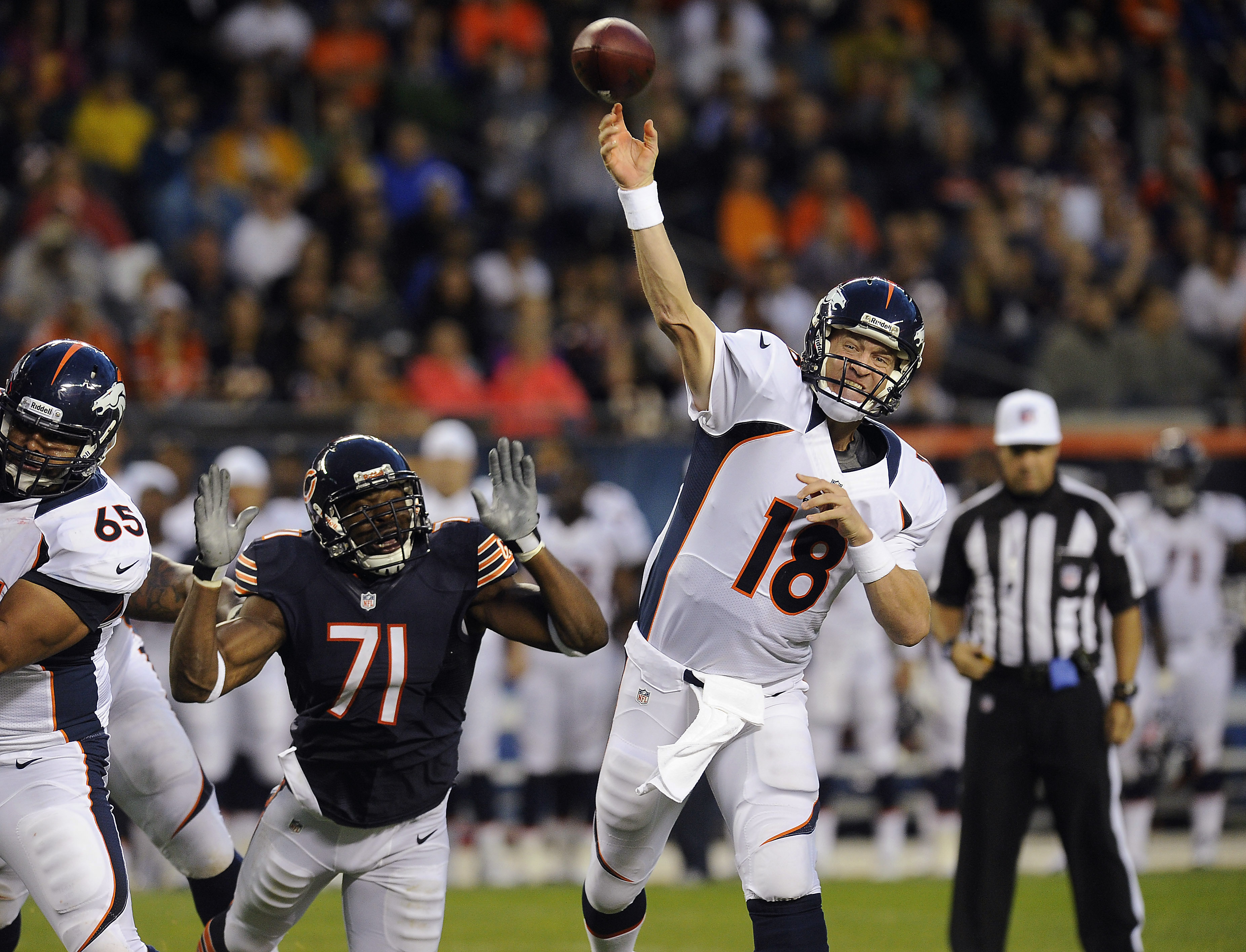 The following is a preview of the teams that I believe will win their respective divisions.

NFC North: Green Bay Packers (13-3) – There is minimal doubt that the Packers will yet again field one of the most potent passing attacks in the entire league thanks to the best quarterback in the league, Aaron Rodgers, and their impressive arsenal of receivers. However, their running game – ranked 27th last season – leaves a lot to be desired. Likewise, their defense was a huge disappointment this past year and tends to be very erratic. They’re a one-dimensional team, but that one dimension is scary good.

NFC South: Atlanta Falcons (10-6) – Offensively, the Falcons seem to be very balanced; however I’m worried that their running back, Michael Turner, will continue to regress and thus, they will have to rely more on quarterback Matt Ryan to carry the load. While Ryan is a cautious, efficient quarterback, he seems to be too hesitant to be the orchestrator of an explosive passing game. Furthermore, on defense, I believe that they relied too much on the aging John Abraham when it comes to pass rushing. Also, their pass defense seems way too predicated on gambling for game-changing plays rather than simply covering their opponents.

NFC West: San Francisco 49ers (10-6) – Thanks to an amazing inside linebacker tandem of Patrick Willis and NaVorro Bowman, the 49ers field the absolute best defense against the run.  While their pass defense isn’t anything special, the 49ers’ ability to make their opponents entirely one dimensional on offense cannot be underestimated. Offensively, I do think that their running back, Frank Gore, is going to decline slightly; however, they’ve amassed a very capable committee of running backs to help take some pressure off of Gore and continue being a dangerous facet of the offense.  With Alex Smith at the helm of the passing game, one can expect it to remain methodical and not very frightening for opposing defenses.  Unfortunately for them, today’s league is geared towards the teams with a consistent passing attack and thus, I can’t see the 49ers being anything more than good.

NFC East: Philadelphia Eagles (11-5) – Surprise! I have the Giants qualifying for a wild card spot while the Eagles claim the division. To begin, this team’s offense is simply electrifying! Thanks to their versatile running back known as LeSean McCoy and their dynamic wide receiver duo of DeSean Jackson and Jeremy Maclin, this offense is a threat to produce a big play at any moment. Their quarterback, Michael Vick, is consistently entertaining, but the key for the upcoming season is for him to remain consistently healthy and effective. If he manages to do that, this offense has the potential to be incredibly portentous. On the other side of the ball, the Eagles will be fielding a harassing pass rush as well as a very formidable duo of corners – Nnamdi Asomugha and Dominique Rodgers-Cromartie. Additionally, their run defense is much improved with the addition of DeMeco Ryans.  However, their defense does have a glaring flaw at the safety position. Ultimately, if Vick stays healthy and consistent while their safety play improves, the Eagles will be a very tough match up. Not a “dream team”, as Vince Young foolishly claimed, but a team that everyone would rather avoid.

AFC North: Pittsburgh Steelers (11-5) – Deciding between the Ravens and the Steelers is a perpetual toss-up. In the end, I chose Pittsburgh due to Baltimore’s loss of Terrell Suggs (and, consequentially, their pass rush) for a large part of the season. The Steelers are going to expectedly field a ferocious defense that strikes fear into opposing quarterbacks. However, they have a weakness at their number two cornerback position; so, if a quarterback is given enough time (which is a rare occurrence), they may be able to expose it. On offense, the Steelers are traditionally plagued with a very dubious offensive line. Fortunately, they were able to make some key acquisitions this offseason, most notably drafting David DeCastro, to help improve in that aspect. Furthermore, Ben Roethlisberger’s ability to avoid defenders somewhat masks the offensive line’s deficiencies. While the team did lose their starting running back, Rashard Mendenhall, to injury, it will not affect them greatly due to their focus on being a passing team.

AFC South: Houston Texans (12-4) – Houston is an obvious choice for this division. They’re an extremely balanced team on both sides of the ball. They have one of the best running backs in the game being aided by the renowned zone blocking scheme, a very good quarterback in Matt Schaub, and one of the best wide receivers in the league in Andre Johnson. However, Johnson has been injured quite frequently as of late. If the Texans want to be an elite team, it is imperative that Johnson stays on the field. Continuing on with their trend of being balanced, their defense ranked third in pass defense and fourth in run defense. Despite the overall well-roundedness of this team, I am concerned for their lack of depth at key positions such as wide receiver and cornerback. Behind their number one receiver, Andre Johnson, and their number one corner, Jonathan Joseph, there is a conglomeration of players who have not proven to be reliable. Because of the lack of depth, injuries to either one of the aforementioned players could severely derail the Texans’ Superbowl aspirations.

AFC West: Denver Broncos (10-6) – With the acquisition of Peyton Manning, the Denver Tebows are no more. Couple a legendary quarterback with a consistent, reliable running game, and you can expect the offense to be effectively multifaceted. Furthermore, Denver’s defense, while average on a regular basis, is a unit that seems to make opportune plays to help win the game – certainly better than what Manning relied on in some past years. All in all, if Manning’s injury doesn’t affect his play, Denver will be a solid team in all areas. However, my issue is that they will not be exceptional in anything and rather turn out to be a jack of all trades, master of none.

AFC East: New England Patriots (14-2) – Last season, New England’s offense was a threat to score each time they had the ball. The reason for this is similar to that of the Packers: an incredible passing attack led by one of the best quarterbacks in the league. In fact, the two teams are similar in more ways than just one. Like the Packers, the Patriots also have an inconsistent defense that should play much better than what has actually occurred. Also, both teams are rather one-dimensional on offense, yet they find a way to dominate through excessively mastering the passing game. The reason that I’ve projected the Patriots to finish with a better record than the Packers is due to New England having a much easier schedule.