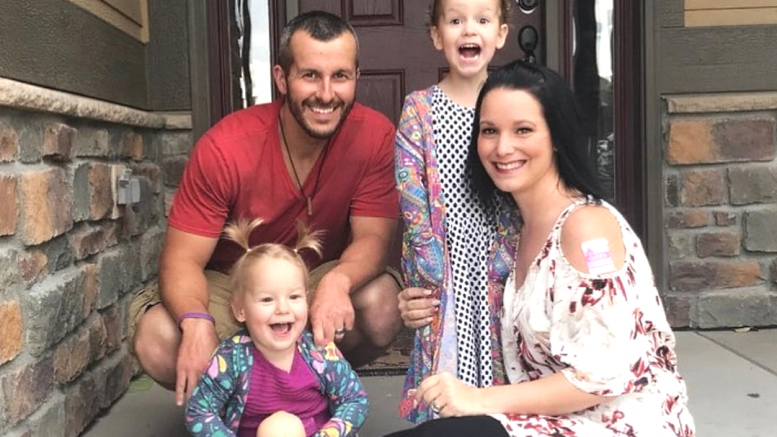 TheNetflix documentary called American Murder: The Family Next Door dropped on September 30th, a story following the chilling case of Chris Watts and how he murdered his pregnant wife, Shannan Watts, and his two daughters, Bella and Celeste. Prior to the murder, Chris was involved in an affair with Nichol Kessinger, his co-worker. It is thought that Watts’s motives to murder his family stemmed from wanting to continue his relationship with Kessinger. The documentary shows police body-cam footage, text messages, family pictures/videos, and more; however, there were still details that the film left out.

The documentary showed many home videos, live-streams, and pictures from Shannan Watts’ Facebook page, but it never explained why she put her whole life on social media. The videos and photographs varied from showing her two little girls, her husband Chris’s reaction as she announced she was pregnant again, and even her personal struggles. Her frequent social media updates were actually a part of her job at a multi-level social media company, showing clients products they could purchase. It was apparent that Shannan built relationships and frequently engaged with her clients on Facebook.

The documentary explained that Chris’ polygraph test results were why he was arrested two days after his family’s disappearance. The documentary only showed around ten minutes of this polygraph test, but in reality, Watts’ test took around seven hours to complete. Towards the beginning of the polygraph scene, the proctor who was in charge of Chris’s test had to restart due to his breathing levels, and she even told him to calm down. The questions asked surrounded the speculation that he was involved in his family’s disappearance and that there was someone else he was with besides his wife. He continued to answer that he never cheated on his wife nor had any involvement in their disappearance. His polygraph score was a -18, which was extremely low compared to the -4, which usually indicates that test-takers are lying.

Throughout the documentary, it was theorized that Chris killed his family so that he could be with his co-worker, Nichol Kessinger, freely. However, the detail they missed was that Kessinger played a huge role in helping put Chris behind bars. She stated that she had no idea that Chris was married or had kids, so she tried to question him once she heard about his family’s disappearance on the news. Once Chris responded to her, Kessinger knew that his answers were off. She immediately went to the investigators to let them know more about Chris. She knew that he lied about his past, so now she was wondering what else he was capable of lying about, and she eventually turned her phone over to investigators to use to search for evidence. Nichol Kessinger is now living under the radar and in witness protection.

Towards the end of the documentary, it is revealed that Chris Watts will serve five life sentences in a high maximum prison in Wisconsin. An update said that he has turned to religion to cope and now has pictures of his family inside his cell.

Be the first to comment on "Missing Details from “American Murder: The Family Next Door”"