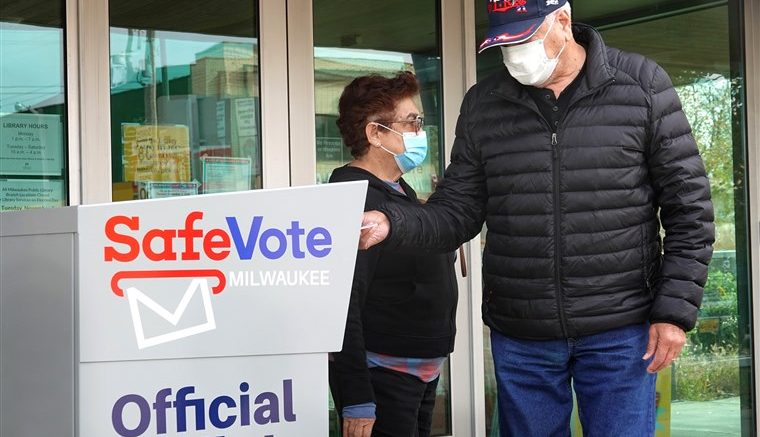 On July 30th, President Trump took to Twitter, aggressively asserting, “With Universal Mail-In Voting (not Absentee Voting, which is good), 2020 will be the most INACCURATE & FRAUDULENT Election in history. It will be a great embarrassment to the USA. Delay the Election [sic] until people can properly, securely, and safely vote???” Both President Trump and the thousands against mail-in voting demanded an election process that would be proper, secure, and safe. President Trump implied that mail-in voting fails to meet any of these standards, yet, by doing so, fundamentally mischaracterizes mail-in voting. President Trump himself has voted using mail-in voting in the past, and so have thousands of other Americans, doing such in a proper, secure, and safe manner. For the presidential election, mail-in voting is an integral part of upholding our democratic process by serving as a route for individuals to leverage their right to vote and their personal health.

To meet the criteria that those against mail-in voting identify, it is important to first foster a proper election. Although the definition of proper can be debated, when considering past elections and governmental legislation, proper can be viewed through a lens of public approval for the format of the election. The thousands against mail-in voting proclaim that the process of voting through mail fails to consider the public opinion, such as some citizen’s demands for a fully in-person election process. However, a poll done by Harvard’s Center for American Political Studies (CAPS) found nearly 70% of the Americans were open to an election being conducted using mail-in voting. It is clear that mail-in voting is acceptable to the majority of the public, thereby ensuring a proper election where society’s views are upheld.

Next on the agenda is to ensure a secure election. One of the major concerns around mail-in voting is the fear of increased voter fraud through ballot tampering, or an increased likelihood of foreign election interference. Past elections have poised the likelihood of rampant wholesale fraud – hundreds of voters cast their votes into one ballot machine, meaning that if an individual or foreign country were to hack that one machine, they would have access to hundreds of ballots at once that they could then tamper with. On the other hand, mail-in voting represents only retail fraud, in that if someone did try to tamper with ballots, they would have to do so with each and every individual vote, unable to alter hundreds of ballots at the same time. Given the wide availability of electronic ballot tracking for mail-in voting, it becomes clear that the process of voting by mail is as secure as, if not more secure than, traditional voting systems.

Lastly,  we must consider what constitutes a safe election. Those opposed to mail-in voting allege the process is too difficult or politically unsafe for the American people, yet fail to acknowledge the benefits that voting by mail offers for public health during the current pandemic. The Center for Disease Control (CDC) has repeatedly warned Americans about the harm that large congregations of people can have – a situation that can occur at a polling site. As such, to avoid these unwanted medical effects and to prioritize public health, many states have adopted mail-in voting, allowing individuals to both invest themselves in the political process and protect their personal health.

Changes and delays of the USPS

Be the first to comment on "Mail-In Voting: The Balance Between The Right To Vote and Public Health"