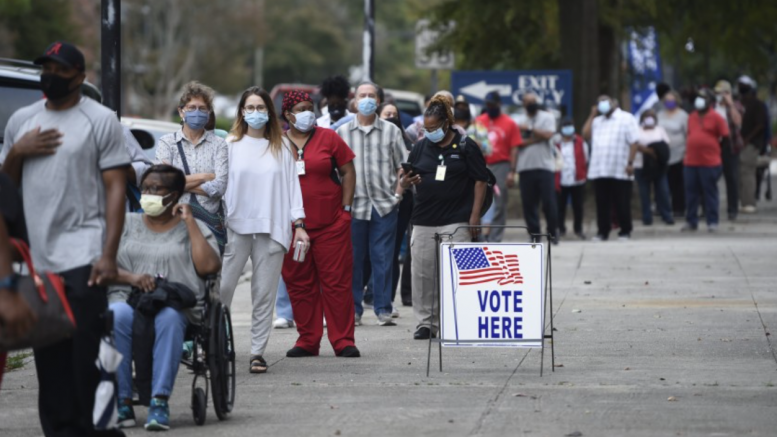 In wake of the 2020 Presidential Election, Georgia’s Republicans passed a new voting law at the end of March. For the first time in a generation, Georgia voted majority Democrat during the election, with President Joseph R. Biden winning by a slight 11,779 votes out of the nearly five million ballots cast in Georgia. The new law passed by Georgia’s government, led by Republican governor Brian Kemp, restricts voting rights for many Georgians living in urban and suburban areas, which are home to a majority of Democratic voters.

Overall, these many inconveniences for absentee voters will likely decrease the number of absentee ballots significantly. This will particularly affect primarily Democratic communities, as the majority of absentee votes were for President Biden in the 2020 election. 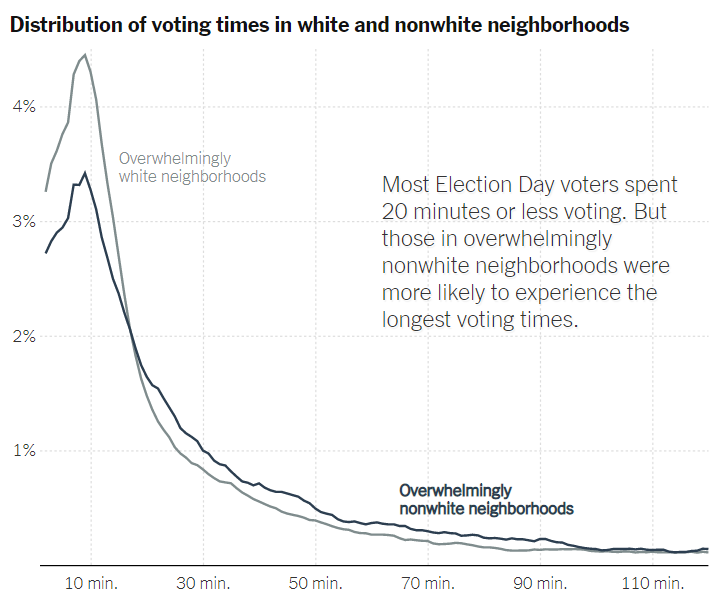 Another aspect of the new law prohibits providing water or food to voters waiting in line. Long lines are quite common in many areas of Georgia, especially in more densely populated and poorer communities, which tend to vote Democratic, as demonstrated in Figure 1. During the past primary election, many areas across the state reached 80 degrees or higher with high humidity, in which voters stood, waiting for several hours. During the first day of early voting in the 2020 election, areas of Georgia saw record numbers of voters – one location had people waiting for over 11 hours to vote. In 2014, approximately 200,000 eligible voters did not cast their ballots because of long lines they experienced during the 2012 election. While this may not seem significant, if this trend continues, soon millions of voters will likely stop casting ballots. Furthermore, this new law could speed up this trend in Georgia, particularly for Democratic voters, as many voters may get overheated, thirsty, or hungry and choose not to vote.

However, other rules have been put in place to reduce the effects of the legislation against handing out items to voters in line. Self-service water stations, or water fountains, are allowed, so these may help voters if they are implemented into polling stations. Additionally, lines should be reduced in the future, as provisional ballots are reduced. If a voter goes to the wrong precinct in their county before 5:00pm, voters are directed to their correct precinct instead of being allowed to fill out a provisional ballot. After 5:00pm, however, voters may cast provisional ballots at the incorrect precinct in order to cast their ballots before the polls close. Further, any sites that had more than 2,000 voters or kept voters waiting for more than an hour during the most recent election must add an additional precinct or obtain more resources. This law will likely reduce the length of lines by distributing voters evenly amongst polling sites.

All Eyes On Georgia

Be the first to comment on "Georgia’s New Voting Law"