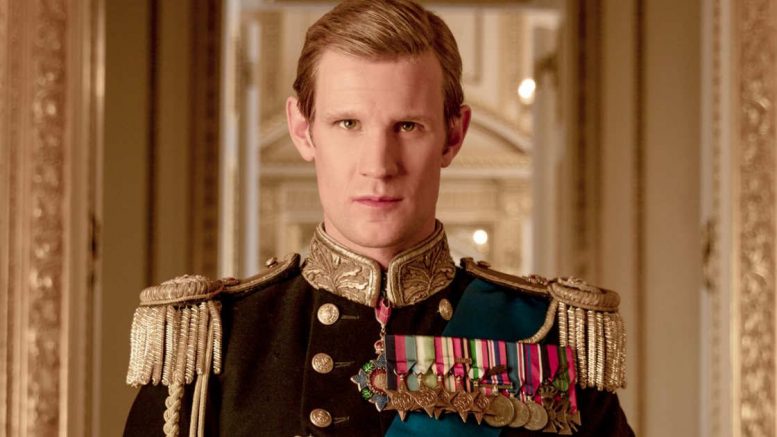 On April 9, 2021, Prince Philip, Duke of Edinburgh, passed away at the age of 99. Throughout his long lifetime, the prince was portrayed in a variety of movies, shows, and documentaries, created to highlight his significant life and lasting royal legacy. 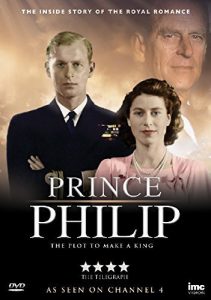 The 2016 documentary Prince Philip: A Plot to Make a King provides insight into the prince’s younger life, particularly his challenging upbringing and the tension surrounding his marriage to Queen Elizabeth II. Prince Philip was born on June 10, 1921, to Prince Andrew of Greece and Princess Alice of Battenberg, during the Greco-Turkish War. When he was just 15 months old, an anti-monarchist movement forced his family out of Greece, and they moved to Paris. His mother was then admitted to a psychiatric institution for schizophrenia, and his father discontinued contact with the family after moving to the south of France. In 1928, Prince Philip moved in with relatives in England, the Mountbattens, whose surname he took as his own. Then, in 1933, Prince Philip and his family moved to Germany. In Germany, the prince had a Jewish professor, Kurt Hahn, who served as a mentor for him. To escape Nazi persecution, Hahn moved to Scotland, and Philip followed. After graduating in 1939, Prince Philip moved back to England to attend the Royal Naval College. During this same year, he and  the future Queen Elizabeth II met for the first time. The prince gave a tour of the college to his second cousins, once removed – princesses Elizabeth and Margaret. Elizabeth, who was 13 years old at the time, developed a crush on Philip. The two exchanged letters for several years, and a photograph of him was discovered on her dressing table in 1943. Elizabeth and Philip’s relationship initiated a series of great tensions amongst the royals. Philip was a rather controversial choice, as he was a Greek prince, his family had been exiled, and he had poor economic standing for a prince. He was also disliked for his Nazi ties through his sisters’ marriages, despite having fought for Britain during World War II. The documentary focuses on Philip’s uncle, Lord Louis Mountbatten, and his plan to maneuver his nephew into marrying the future queen. Lord Mountbatten’s primary goal was to change the name of the Royal House, which connects to the surname of the royals, to Mountbatten. This raised further tension, particularly for Elizabeth. She felt torn between her country and her love for Philip. Ultimately, she decided to marry him, but the couple had to wait for her father’s approval. King George VI was hesitant, as he disliked Philip’s personality and feared the public’s opinion of a Greek prince. Eventually, the king gave in and allowed the marriage, so long as the couple waited another year until she was 21 years old. The couple announced their engagement in July 1947, then got married in November of the same year. 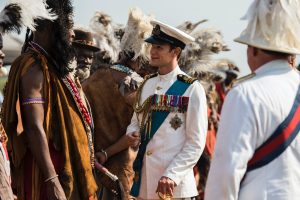 The next chapter of Prince Philip’s life is highlighted by the Netflix original series The Crown. The storyline began in 1947 when Prince Philip renounced his Greek nationality, followed by the marriage. The events of the very first episode highlight the tension that surrounded Prince Philip through hesitations from King George VI, remarks from Prime Minister Winston Churchill, and other gossip. The storyline then fast forwards through the next few years, highlighting the births of Prince Charles and Princess Anne. Next, the show touches on the family’s time in Malta. At the celebration of Philip’s promotion from Lieutenant to Lieutenant-Commander, Princess Elizabeth received a call that her father, who was ill from what was later determined to be lung cancer, was having surgery to remove one of his lungs. The king’s surgery went well, however it caused Princess Elizabeth and Prince Philip to move back to England. With declining health, the king began to give Elizabeth greater responsibility. One such responsibility was taking over the Commonwealth Tour, of which Prince Philip was not in favor. He would much rather have worked on his naval career, but the king and Elizabeth finally convinced him to go along. During the trip, the prince displayed two qualities he was known to have: some cultural ignorance but also a bit of romance. Elizabeth and Philip also discussed returning to Malta after the tour so that Philip could resume his naval career. However, this dream was short-lived, as the king passed away while the couple was in Kenya. It took a while for news to reach the couple, and when it finally did, Elizabeth was coincidentally in the process of writing a letter to her father. Prince Philip broke the news to and comforted his shocked wife, now Queen Elizabeth II. The couple rushed home and Elizabeth promptly took the throne.

Be the first to comment on "The Life of Prince Philip Through Film: Part 1"