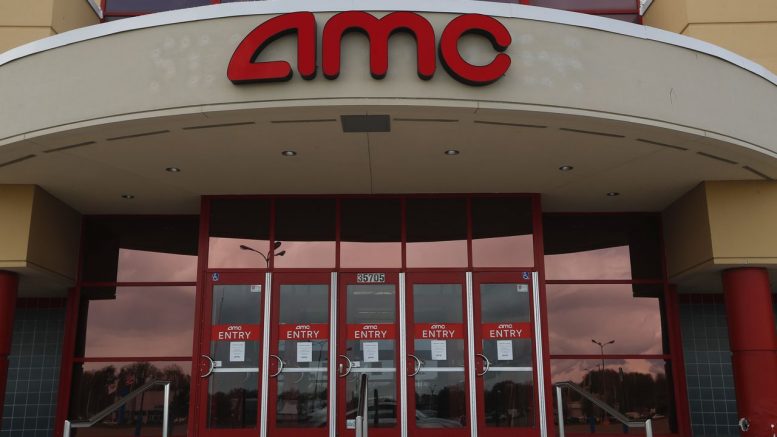 A shot of AMC Theaters in Michigan after it closed due to the Coronavirus. | Source: Syracuse.com

The Coronavirus pandemic has resulted in the shutdown of many businesses, including the movie theater industry. AMC Entertainment announced in March 2020 that they were implementing a reduction in theater capacity in order to promote social distancing, but later that month, they decided to take precautionary measures and close theaters altogether. This closure resulted in a vast decline in income and caused AMC substantial financial losses.

An announcement, made in late April, stated that AMC Theaters would be welcoming back moviegoers in late May to early June 2020. During this period, they were able to keep afloat financially through debt sales and federal aid. However, during 2020’s third quarter, which was around mid-summer to early fall, an update revealed that attendance rates and revenue had dropped by 92%. After this report, AMC indicated that they would run out of cash by the end of 2020. Within those months, they were consuming up to $125 million monthly while only overseeing 438 out of the U.S.’s 593 chains. Although their debt sales method and federal aid were successful in keeping afloat, it was not stable enough to fund them in the long-term if more moviegoers could not start going back to theaters.

Luckily from April to November 2020, AMC raised $1 million through equity, debt raises, and asset sales. To further explain and break down this process, equity is the value of shares of a company, and debt raises are when companies profit by selling debt instruments to investors. Then, asset sales occur when a company sells some of its assets, which can be both tangible and intangible. These procedures allowed AMC to recover and jump back on their feet for a short-term, but better news was on the way.

On January 25th, 2021, it was announced that AMC earned a total of $917 million through infusion from investors who were dedicated to keeping AMC operations alive. AMC’s CEO and President, Adam Aron, said, “we are proud to announce today that over the past six weeks, AMC has raised an additional $917 million capital infusion to bolster and solidify our liquidity and financial position. This means that any talk of an imminent bankruptcy for AMC is completely off the table.” Reassuring Aron’s hope of returning to a normal movie theater again, Wedbush Securities Analyst Michael Patcher announced, “AMC bought itself enough time to see if the pledge to ramp up the vaccine rollout to 100 million people over the next 100 days would be successful. I foresee a huge return of audience members to U.S. movie theaters this summer—if a majority of Americans are vaccinated by spring”.

Diving deeper into how this $917 million was achieved, it has been shared that around $506 million of the $917 million came from investors who purchased AMC shares back in December. AMC stock capitalization seems to be increasing rather exponentially recently. According to a chief market strategist at JonesTrading, Mike O’Rouke, AMC’s market currently has a capitalization of $5.6 billion, which is around two times what it was before the pandemic. The other half of the $917 million earned, around $411 million, came from AMC’s line of credit through Odeon. With this new funding, AMC is excited to be welcoming moviegoers back into the theaters with open arms once the Coronavirus is taken care of since many locations now are still at half capacity. Employees predict that once the fear of COVID is eliminated, the movie theater scene will return to normal, and income will steadily increase.