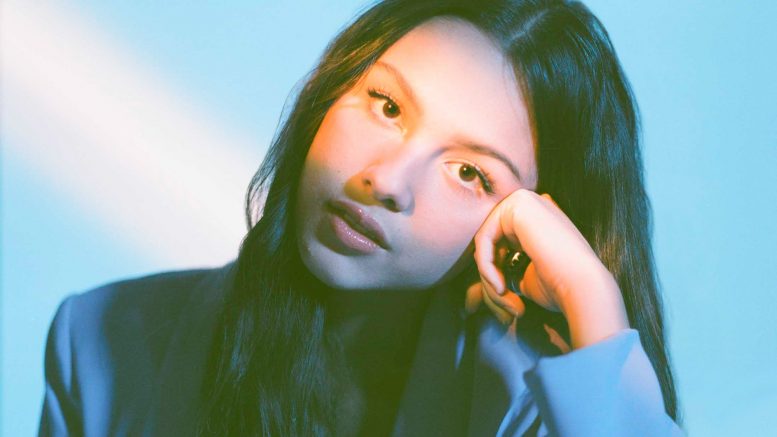 High School Musical: The Musical: The Series actress, Olivia Rodrigo, has a new song out that has taken the music industry by storm in the past few weeks. “Driver’s License,” which came out on January 8th and has since maintained a dominant presence on TikTok and other platforms, broke Spotify’s record for most streams in a day for a non-holiday song within three days of its release, and has broken multiple records since then. The new heartbreak ballad is raw, emotional, and pure. The sweet indie-pop vibes and slow tempo of the song have made young teens who have never experienced a breakup feel like cruising through the suburbs while crying their hearts out, myself included.

Fans have speculated that “Driver’s License”, in which Rodrigo sings about how her ex is “probably with that blonde girl” who is “so much older than me,” is about her High School Musical: The Musical: The Series co-star, Joshua Bassett, who is rumored to be dating actress and singer Sabrina Carpenter. Coincidentally, Carpenter is blonde and four years older than Rodrigo. Days later, Bassett released a song entitled “Lie Lie Lie.” Carpenter also recently released a song entitled “Skin,” which listeners thought could be a response to “Driver’s License,”. “Skin” includes the lines, “Maybe you didn’t mean it / Maybe blonde was the only rhyme.” However, in an Instagram post, Carpenter stated that her new song is not about one specific person, and she was not “bothered by a few lines in a (magnificent) song and wrote a diss track about it.” Just in case you thought the drama had subsided, days ago, Bassett released a song entitled “Only a Matter of Time” in which he sings “Time to tell the world that you’ve been lying on my name. Doing what you wanna think. You’re gonna get away while I leave it up to fate for now.” Before you read too far into it, Bassett stated that he wrote the song back in the summer at a time when he needed to get away from social media. At the end of the day, neither one of the three singers have confirmed the supposed “love triangle,” and the rumors remain, well, rumors.

Meanwhile, the past few weeks have been a whirlwind for Rodrigo, who says “It’s quite strange because my entire life has changed in a week and also nothing has changed at all. Every day I’m in my house, doing my homework, but people who I’ve looked up to since I was 10 are reaching out and saying they love my music. It’s a strange sort of paradox.” Rodrigo has even received praise from one of her biggest inspirations, Taylor Swift. When Rodrigo made a post about how “Driver’s License” being at the top of the iTunes charts next to songs from Swift’s latest album, Swift responded with “I say that’s my baby and I’m really proud.” In an interview with Vogue, Rodrigo revealed she is working on a new “music project” for this year, and we know that if it’s anything like “Driver’s License,” it’s sure to be huge.