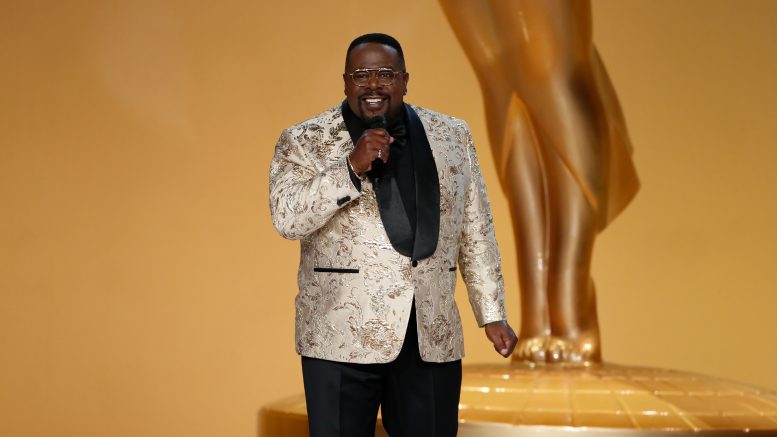 The 73rd annual Emmy Awards took place on September 19th, 2021 with host Cedric the Entertainer. With a sense of normalcy finally returning to the entertainment industry, the awards show was held in-person with a red carpet event preceding it. Including absurdly lengthy speeches, criticism of the lack of COVID safety measures, and Netflix’s big wins, here are the top moments from the night.

Actor Seth Rogen expressed his concern at the lack of COVID safety protocols at the event saying, “There is way too many of us in this little room. It’s more important that we have three chandeliers than that we make sure we don’t kill Eugene Levy tonight.” Rogen also joked, “I went from wiping my groceries to having Paul Bettany sneeze in my face.” These remarks led to Cedric the Entertainer emphasizing that every attendee was required to be vaccinated, also joking about how he received the Pfizer vaccine – the “Neiman Marcus of vaccines.”

Scott Frank, the director of the popular limited series, The Queen’s Gambit, won the Emmy for best directing, yet would not stop talking after receiving the award even after the music began playing to let him know it was time to leave. Frank spoke through two occurrences of the music before finally wrapping up his speech.

Comedian Conan O’Brien poked fun at the upcoming speech of CEO and Chairman of the Television Academy, Frank Scherma, by cheering exceptionally loudly for what was set up to be a rather monotonous speech. He then got the audience to give Scherma a standing ovation.

Telling the story of Queen Elizabeth II’s reign, The Crown received a total of eleven awards at the Emmy’s, more than any other show this year. The series took home some of the biggest awards, including Outstanding Drama Series, both Lead Actor and Actress in a Drama, and both Best Supporting Actor and Actress. Ted Lasso, a comedy-drama about an American football coach who goes to assist a struggling football team in the U.K, earned seven awards, including Outstanding Comedy Series. The widely popular Netflix series, The Queen’s Gambit, took home the award for Outstanding Limited Series.

With shows like The Crown and The Queen’s Gambit winning big, Netflix received a total of forty-four awards, which ties the record for the most in one year. Additionally, drag queen and actor RuPaul became the first person of color to win eleven Emmys. RuPaul won the award for Outstanding Host for a Reality or Competition Program for the sixth time in a row with his reality series, RuPaul’s Drag Race.