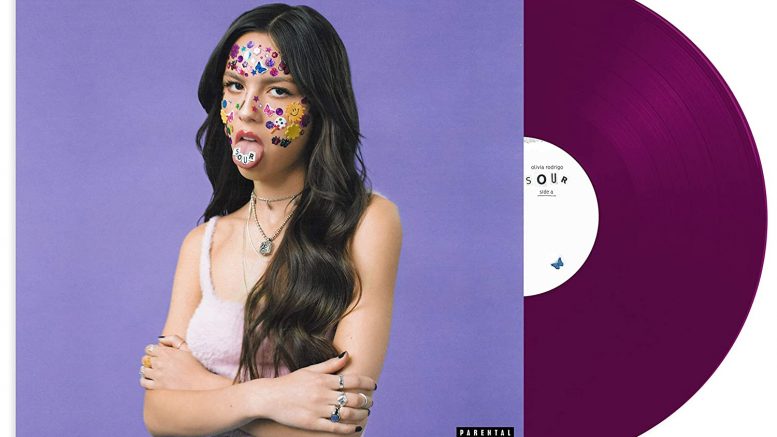 Olivia Rodrigo is eighteen years old – the same age as many IMSA students – yet you can’t turn on the radio without hearing one of the singer-songwriter’s chart-topping hits. Since the release of “driver’s license” in January, Rodrigo has performed across the world and received praise from some of the industry’s best for her album released in May 2021. Here are what I believe are the top five songs from SOUR:

“good 4 u” was the third release of Rodrigo’s SOUR album and became a major success, debuting on the Billboard Hot 100. It has now amassed nearly a billion streams on Spotify, and Rodrigo has even performed the song on Saturday Night Live. “Good 4 u” includes heavy rock influences and is angsty, edgy, and totally emo. The music video depicts Rodrigo as completely enraged at her ex who is seemingly living their best life while she’s “crying on the floor of [her] bathroom.” By the end of the video, Rodrigo has both flooded her room and set it on fire. “good 4 u” completely breaks musical boundaries with its confident and bold lyrics and reaches beyond the typical genre of pop.

“driver’s license” broke countless records at the time of its debut in January, completely shaking the music industry. People took to TikTok and other social media platforms to create covers and alternative POVs of the song. It has received praise from countless stars and been covered by well-known influencers, such as James Charles and Ally Salort as well as pop stars, like Kelly Clarkson. The emotional heartbreak ballad has received over a billion streams on Spotify and Rodrigo has performed the song at the BRIT Awards and Saturday Night Live. “driver’s license” is not just your average breakup song; it’s brutally honest and emotional, which Rodrigo never failed to be in SOUR.

“enough for you” is one of the few songs on Olivia Rodrigo’s album that is relatable to everyone regardless of specific past life experiences. Rodrigo explains how she relentlessly tried to please her ex by looking her best, knowing everything about him, and trying to impress him by being smart. She then goes on to wonder why all of her efforts were never enough for him, pondering if she was just “not as interesting” as those that he had dated earlier. We can all relate to consistently trying to impress someone close to us in our lives but never feeling like we could succeed in these endeavors. Rodrigo shows us better than anyone that if you have to relentlessly try to impress someone, you probably won’t ever be able to. The most powerful part of the ballad is in the second to last verse when Rodrigo sings, “But don’t tell me you’re sorry, boy/Feel sorry for yourself/’Cause someday I’ll be everything to somebody else.” Though much of “enough for you,” and a large portion of the album as a whole centers around insecurity and self-doubt, the end of this song turns hopeful, self-assuring, and even confident.

“hope ur ok” shies away from the main theme of Rodrigo’s album, which is essentially Rodrigo being “sour” about everything going on in her teenage years. Instead, “hope ur ok” is a sweet, feel-good song depicting different people the narrator has met through the course of her life who were struggling due to child abuse or their parents not accepting who they loved. Rodrigo has not kept in touch with them, but she hopes that they’re doing alright. She also emphasizes that she wishes they knew how proud she is of them for being the good people that they are. “hope ur ok” is, as the name states, hopeful. It is listed as the last track and is the perfect way to end the heavy album.

In terms of artistic style, “brutal” is another outlier in the album. Without having heard much rock, brutal will likely sound like nothing you have ever heard before when listening to it for the first time. It’s an edgy, mechanical, and explorative track describing an average teenager’s stream of thoughts during a total pity party. With lines like “All I did was try my best/This the kind of thanks I get?”, “If someone tells me one more time/‘Enjoy your youth,’  I’m gonna cry,” and “I’m not cool and I’m not smart/And I can’t even parallel park”. “brutal” captures and validates our pity party moments – those times when we know we’re being overly pessimistic, but are so emotional and distraught at the time that we have to let ourselves sit with those exaggerated thoughts.