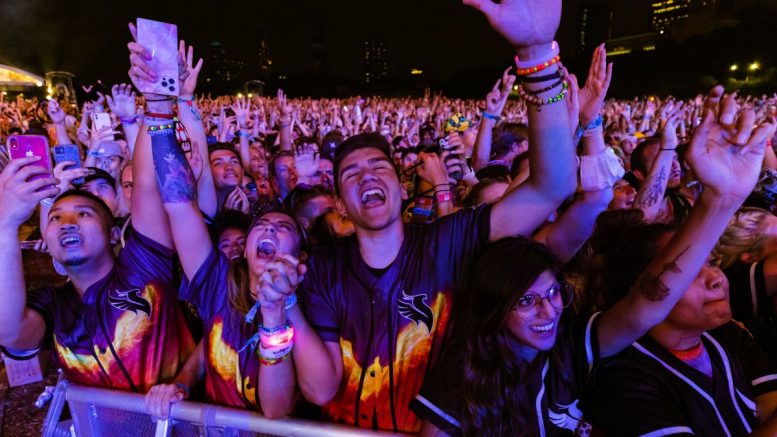 The ultimate Back to School playlist to set the tone | Source: CNN

Going back to school is a special and exciting time. These feelings are strengthened even more by spending a year and a half remotely. However, no one can deny the bliss and thrilling vibes of summer. Even the little things, like getting a break from homework, make summer the perfect intermission from our hectic lives. While you are getting ready in the morning, eating lunch, or doing homework and find yourself reminiscing over summer, check out some of the hits we cover in this article that will transport you back to those chill summer days.

After taking a three-year hiatus from releasing Melodrama, Lorde, a New Zealand singer and songwriter that is well known for “Royals” and “Green Light,” released “Solar Power” on June 10th. This song is the lead single on her newest album released on August 20, 2021. “Solar Power” has a groovy pop tune that eases you into the summer spirit and makes you feel like “a prettier Jesus.” She has shown her fierceness from her impressive interview on Hot Ones and has continued to release singles for her album Solar Power, such as “Stoned at the Nail Salon.”

Although this song was released in 2020, “Heat Waves” has become prominent during 2021 and peaked at #2 on June 18, 2021 – literally “in the middle of June.” This blend of R&B and pop is the perfect song to play on dreary late nights to remind you of the freedom and heat of the summer.

As one of the most popular tracks on his newest album CALL ME IF YOU GET LOST, Tyler, The Creator has mixed in Houston R&B with rap to create “WUSYUNAME.” The track utilizes Houston R&B group H-Town’s 1994 song “Back Seat (Wit No Sheets).” With Youngboy Never Broke Again and Ty Dolla $ign, Tyler, The Creator has created a song that almost transports you back to the 90s. Even the music video has a similar vibe, starting with a monologue where Tyler explains he’s traveling to find a special loaf of brioche bread. Tyler employs an unusual pick-up line in the song “WUSYANAME,” informing a girl that she looks “malnourished.” When questioned about the strange line on Twitter, Tyler replied that he “thought it [would] be funny to say the worst pick-up line ever.”

BTS, a well-known K-pop group, has taken the radio by storm again. With nine weeks at the number one spot on the Billboard Hot 100, “Butter” has passed Olivia Rodrigo’s “Drivers License” to hold number one for the longest time. The song is a dance-pop tune that has sunny and fun lyrics such as, “Hot like summer, yeah, I’m making you sweat like that.” BTS (Bangtan Boys) is a seven-member South Korean boy band founded in 2010 and debuted in 2013 under Big Hit Entertainment. With other hits such as “Dynamite” and “Permission to Dance,” BTS continues to create hit after hit.

Speaking of Olivia Rodrigo, her success is palpable from her second hit “good 4 u.” Olivia Rodrigo became a pop sensation after “drivers license,” her debut single for her first album Sour, stayed at the number one spot for eight weeks. Olivia is best known for her role as Nini on the Disney+ series High School Musical: The Musical: The Series. She has continued to gain fame from her original songwriting and young talent. Olivia Rodrigo released “good 4 u” in May, right before her album was released. “good 4 u” is the longest-reigning rock-influenced number one single for 18 years. This pop-punk song is an angsty breakup song that will have you screaming feelings you didn’t realize you had and transport you back to those early summer days.

Tai Verdes became a well-known name after his hit “Stuck in the Middle” last summer. He has continued to create bright summer hits after releasing his newest album TV in May. “A-O-K” stands out from the group, with its rousing chorus and witty lyrics. The song paints a picture of a happier summer and reminds you that you’ll be okay. The track feels carefree, with his “head up in outer space.” Blasting this song in the car was a summer staple, and playing it when you are feeling down will transform your emotions into hopeful summer fun.

Nothing feels more summery than peaches from Georgia, and Justin Bieber delivers all the summer vibes with “Peaches” on his latest album Justice. “Peaches” is Justin’s eighth number-one hit on the Billboard Top 40. The song has even become a global hit, reaching number one on both the Billboard Global 200 and Billboard Global Excl. U.S. charts. No one can forget Justin Bieber and some of his iconic songs such as “Baby,” “Love Yourself,” and “Boyfriend.” Although it may not be 2010 anymore, Justin continues to create pop anthems for summer fun.

This TikTok hit song is the perfect pop-punk moment for remembering the summer. Featuring Travis Barker, Blink-182’s drummer, WILLOW sings the powerful lyrics we scream-sing to release our pent-up emotions: “Transparent soul, I can see right through you.” “t r a n s p a r e n t s o u l” is featured on her latest album Lately I Feel Everything, in which she explains unpacks racism and sexism while using alternative rock’s Black origins. Whether you are an avid TikTok user or not, this song will have you bobbing your head and feeling more passionate with every lyric.

As the first track on her newest album if i could make it go quiet, “Seratonin” is a blend of pop, indie, and even EDM. This song reveals Girl in Red’s next phase, as she states to Vulture, “Girl in red 2.0 is here is what that song says to me. I think it’s unexpected from me; that’s kind of why I wanted to put it out [first] because it just didn’t feel like the next natural step.” The 22-year-old Norwegian singer is well-known for many other songs such as “i wanna be your girlfriend” and “we fell in love in october,” and she gained popularity after quarantine when her songs were featured in many TikTok videos. Her album if i could make it go quiet was even recognized by Taylor Swift with a shoutout. “Seratonin” is mainly about her lack of serotonin, but having this song to relate to and remind you of summer may give a little boost in happiness.

Ending this list with one of the most recognizable songs of the summer felt only fitting. “Kiss Me More” by Doja Cat and SZA is one of the most popular summer songs that carry and fun and lighthearted melody and message. This song is on Doja Cat’s album Planet Her, and the music video features the artists on the actual Planet Her. The song uses a sample of Olivia Newton-John’s well-known tune “Physical” and is asking to be kissed more: “Can you kiss me more? We’re so young, boy, we ain’t got nothin’ to lose, oh, oh.” Both Doja Cat and SZA have their respective hits, such as the former’s “Say So,” which became a very popular TikTok dance trend, and the latter’s “Good Days.” “Kiss Me More” hit number one in July and has continued to stay on the charts for 17 weeks. This catchy and sweet song will instantly put you in a great mood and is the definition of a summer song.

If you really need the summer vibes, don’t worry! Here is a link to a Spotify playlist with all of the songs listed. Adjusting to the school year after the summer break can be a pain, but with music, we can make the transition a little bit easier.

2021 Letter from the Editors

Back to School Edition 2022

Be the first to comment on "Summer in School: The Ultimate BTS Playlist"