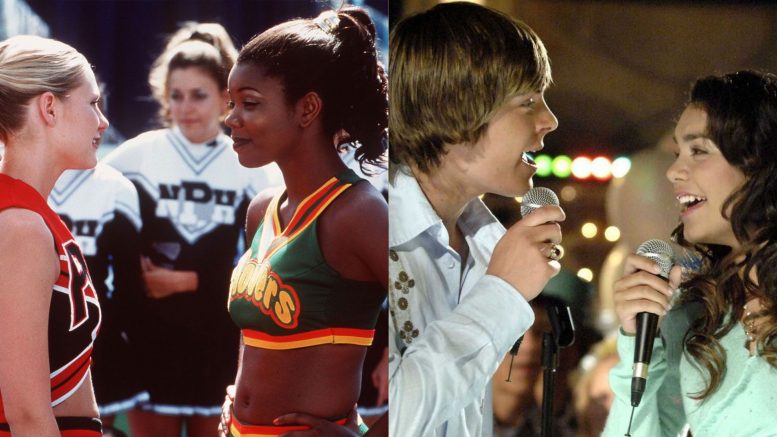 Some movies for the start of the year | Source: Seventeen Magazine

For many of us, coming to campus has already been exciting but unfamiliar. Finally seeing faces in person instead of through Zoom can be overwhelming, and suddenly going from social distancing to sharing a dorm might feel a little awkward. But don’t fear! What better way to bond with strangers than watching movies with them? And not just any film, but ones centered around high school! Although IMSA may not exactly be like High School Musical, watching some classics and introducing your roommate to your favorite cheesy coming-of-age film may form deep bonds. And don’t worry, this article is spoiler-free! 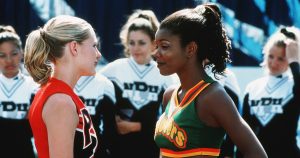 Bring It On | Source: Us Weekly

Where to Watch: Netflix and Hulu

Synopsis: A champion high school cheerleading squad discovers its previous captain stole all their best routines from an inner-city school and must scramble to compete at this year’s championships. Although IMSA doesn’t have a cheerleading team (and may not be the most athletic school), there is nothing like this classic sporty romcom. 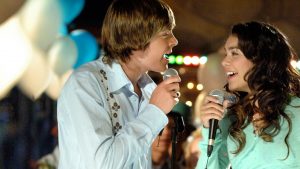 Synopsis: I had to recommend probably the most iconic movie about high school in history. East High goes into a frenzy when popular basketball star Troy Bolton and academically gifted student Gabriella Montez threaten the social structure of the school. When the two connect and discover that they may have a talent for singing, they take the spotlight in the school’s musical and set off a chain of music events. Not only is this movie a classic, but the soundtrack is undeniably catchy and will surely put everyone in the singing mood. 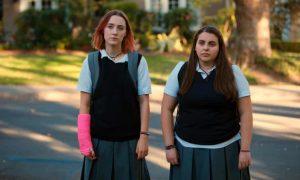 Where to Watch: Netflix

Synopsis: Christine “Lady Bird” McPherson is a “wrong side of the tracks” high school senior. She yearns for adventure, elegance, and opportunity, but her Sacramento Catholic high school offers none of these. The film portrays the protagonist’s senior year, which includes her first relationship, involvement in the school play, and, most importantly, her college application. This Golden Globe Award-winning movie accurately depicts the triumphs and gut-wrenching moments of being a senior in high school. 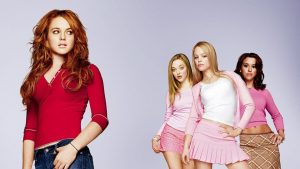 Where to Watch: Paramount+

Synopsis: Cady Heron was educated by her scientist parents in Africa. Cady finally attends public school when her family relocates to the suburbs of Illinois, where she learns about the norms of popularity that divide her classmates into tight-knit cliques. She unintentionally finds herself in the good graces of “the Plastics,” an elite group of the popular kids at school, until she makes the mistake of falling for Aaron Samuels, the ex-boyfriend of alpha Plastic Regina George. This iconic movie will be sure to inspire you and your hallmates to wear pink on Wednesday. 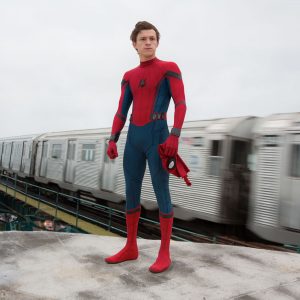 Synopsis: Following the events of Captain America: Civil War, young Peter Parker is thrilled by his time with the Avengers. Parker begins to accept his newfound identity as Spider-Man guided by Tony Stark. Trying to get back to his normal routine, he is distracted by wanting to demonstrate that he is more than simply a friendly neighborhood superhero. When the terrible Vulture appears to harm Peter, his abilities are put to the test. If you’re more of an action movie fan, you’ll love the excitement, fight scenes, and high school normalcy of Spider-Man: Homecoming.

The Perks of Being a Wallflower 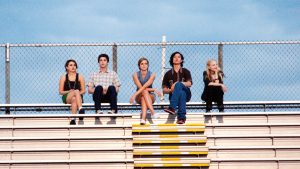 The Perks of Being a Wallflower | Source: Teen Vogue

Where to Watch: Hulu Premium

Synopsis: Charlie, a socially shy teenager, is a wallflower who sits on the outskirts of life until two charismatic kids become his mentors. While a teacher sparks Charlie’s hopes of becoming a writer, free-spirited Sam and her stepbrother Patrick help Charlie experience the delights of friendship, first love, music, and more. Charlie is also faced with the trauma of his past and slowly develops confidence until he has to deal with his new friends heading to college. This emotional and tear-jerking movie will have everyone cheering, crying, and hugging by the end of the film.

10 Things I Hate About You 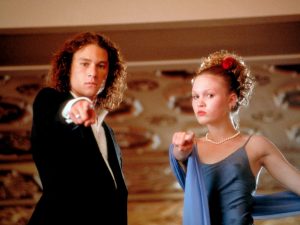 10 Things I Hate About You | Source: Little White Lies

Synopsis: Kat Stratford is a stunning, intelligent, and fierce feminist who refuses to be in a relationship. Unfortunately for Bianca, Kat’s younger sister, house regulations prohibit her from dating until Kat has a boyfriend, so strings are pulled to put the glum damsel up for a romance. Soon after, Kat meets Patrick Verona, a gorgeous newcomer that does his best to charm her. Will Kat and Patrick develop real feelings for each other, or will she find out about her sister’s plan? This movie is one of the most iconic romantic comedies of all time. There will be laughs, tears, and perhaps even a couple of dances.

Be the first to comment on "Back To School Watch Party"