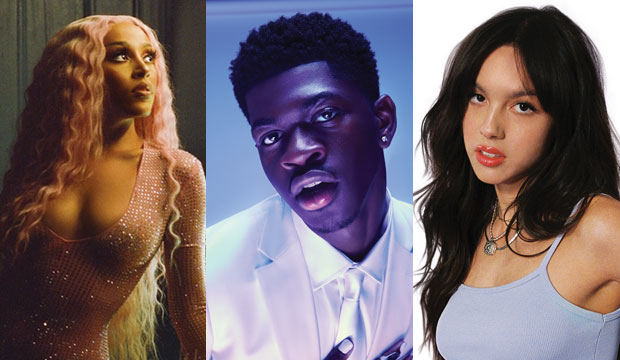 One billion people worldwide are currently using TikTok just five years into its creation. The relatively new social media platform is steadily gaining traction, particularly among musicians. Record labels and managers are drawn to this platform for its music marketing potential. The majority of new fans will wind up streaming a song after hearing it on TikTok. By simply submitting their original work to the platform, aspiring musicians may advertise their music and establish a global fan base, allowing less-known artists to go viral in an instant.

TikTok was previously known as Musical.ly; however, the company Bytedance purchased the app at the end of 2017 and moved its users to TikTok. Ever since TikTok’s inception, it has been highly successful at influencing mainstream music. The site has become a staging ground for viral songs. But what has enabled TikTok to become such a major player in the industry so quickly? The primary reason for the eruption of TikTok is that ByteDance is a multibillion-dollar corporation; when it acquired Musical.ly, TikTok claimed to have 100 million monthly users around the world. The latest ‘official’ numbers from August 2020 put TikTok’s worldwide audience at 689 million. TikTok, on the other hand, has benefited from more resources, a social mobility-enhancing algorithm, and focused outreach initiatives to guarantee that popular users are aware of current trends. The algorithm forms your personalized “For You” feed by ranking videos based on a variety of elements, starting with the interests you express as a new user and adjusting for topics you indicate you’re not interested in.

TikTok, unlike other social media sites, allows new creators to gain popularity because the algorithm does not consider the content provider’s number of followers or if the account has previously produced high-performing videos. The “For You” page is continuously on the lookout for fresh content rather than simply spreading the most recent videos from the most popular users, and Olivia Rodrigo is an example of this phenomenon. Rodrigo went from being a Disney star on the Disney+ TV series High School Musical: The Musical: The Series, to achieving #1 on Billboard’s Hot 100 for nine weeks in a matter of months. While she is hardly the first Disney actor-turned-popstar, she did have one asset that Selena Gomez and Miley Cyrus lacked in the early 2010s: TikTok. Another factor that worked in Rodrigo’s favor is the platform’s short-form video style. Videos may be up to a minute long; however, the most popular are around 15-20 seconds. Only the simplest, most repetitive tunes may fit into this basic structure without losing important musical components. In a video detailing her songwriting approach, Rodrigo claimed she purposefully included a cue in “drivers license” that might serve as a transition for TikToks. “And people did make TikToks [with the transitions at the cue] like that so I’m really happy about that,” she added.

When a song goes viral on TikTok, the craze that surrounds it is usually limited to the app. Many singers who receive their big break from viral fame, in the tradition of one-hit wonders, may find it challenging to repeat their initial success. Sarah Kinsley, a rising star, is not one of them. Singer-songwriter Sarah Kinsley posted a video on TikTok in May. “Okay, I have discovered what it sounds like to truly be alive,” she declares as a dazzling piano rises behind her. The opening to her new EP’s (a musical recording that contains more tracks than a single but fewer than an album) title tune, “The King.” She starts headbanging as soon as the drums kick in, and it’s difficult not to join her after the synths kick in. Thousands of commentators have asked, “Who is this girl, and where did she come from?” in response to the film, which has almost 9 million views. Kinsley’s raw talent is so obvious that it’s hard to believe she hasn’t already achieved stardom. Kinsley’s growth is notable in that her first viral success was so strong and euphoric, that listeners who had only known her for a few weeks had already become devoted supporters. Her songwriting prowess, along with a mastery of production, distinguishes her as pop music’s next star. In an interview with the Columbia Spectator she said, “I didn’t use social media much at first, and when I did, it was a lot. People are either unafraid to express their love and support or merciless in expressing their opinions, which is something I’m constantly learning and adjusting to.” Kinsley discussed the differences in sharing music online compared to in person. Although the online attention did not feel as personal at first, she has learned to appreciate the power of social media in cultivating an online community.

TikTok not only changes the way music sounds but also gives listeners new ways to interact with it. Technology has stepped in to replicate live music experiences throughout the pandemic. Travis Scott’s virtual Fortnite performance drew over 27 million viewers, Lil Nas X’s series of Roblox events drew 33 million views, and a livestream of a BTS concert drew almost one million viewers.

Doja Cat is another artist who has benefited from the “TikTok Effect.” Her 2019 single “Say So” went viral on the app after a TikTok creator, Haley Sharpe, created a dance to the chorus, and she featured Haley in the music video. In January 2020, “Say So” reached number two on the UK charts, and the remix, which included Nicki Minaj, soon hit number one on the Billboard Hot 100 list in the United States. Doja Cat utilized Spotify’s Canvas covers — videos that play instead of album art on select songs on the site — to express her gratitude to the users who created dances around her songs on the album. One of the featured artists on the Spotify Canvas cover for the song is TikToker @aishuadd (also goes by Aishwarya) who often uploads Bharatanatyam (an Indian classical dance form) dance videos to the app. Her viral dance cover of “Woman” garnered fifteen million views and close to three million likes.

‘Dreams,’ a song by Fleetwood Mac from 1977, also re-entered the chart. Nathan Apodaca, a TikTok user, videotaped himself lip-syncing to the song while skating along a highway and sipping cranberry juice. For the first time since 1977, ‘Dreams’ reached number 21 on the Billboard Hot 100 list.

TikTok demonstrates that musicians do not require the support of traditional media platforms to build a niche in the music industry or attract new, unique fans. Because of its enormous reach and impact, a musician may now rely entirely on TikTok to promote music and gain recognition on other social media sites. Perhaps TikTok isn’t worth considering as a means of feeding the media. It’s better to think of it as its own island, with ferries bringing travelers in and out on occasion. In the ever-changing music scene, TikTok now lives in its own world, someplace between Spotify and YouTube.

The Albums that Shaped 2021