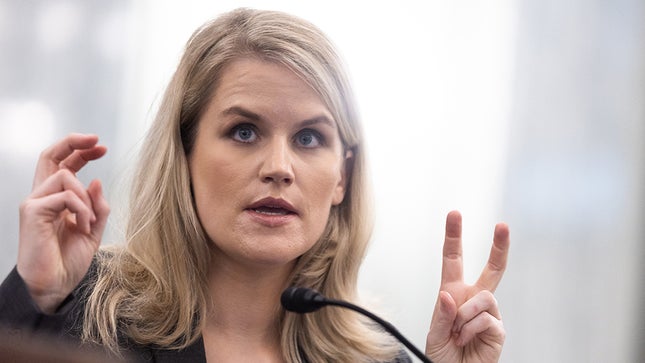 After releasing thousands of pages of confidential documents containing incriminating details against Facebook, Frances Haugen called on Congress to take action against the company in a testimony before a Senate subcommittee on Tuesday, October 5. The documents indicated that Facebook was aware of the various problems caused by its apps, but it consistently chose to maximize engagement and profit, hiding internal research from the public and government officials.

The Reveal – What did these documents reveal about Facebook?

Haugen worked at Facebook for nearly two years. Before leaving the social network, she copied tens of thousands of pages of internal documents before sharing them with lawmakers and regulators. She also shared them with The Wall Stress Journal, which later published a series of reports of these documents called the Facebook Files.

The documents revealed that Facebook and its apps negatively impacted children, and continue to target them despite health concerns. One Facebook study found that 13.5% of U.K. teen girls said their suicidal thoughts become more frequent after starting on Instagram, another found that 17% of teen girls said that their eating disorders got worse after using Instagram, while yet another found that about 32% of teen girls said that when they felt bad about their bodies, Instagram made them feel worse. This information led to the accusation by Sen. Marsha Blackburn that Facebook was intentionally targeting young children under age 13, “prioritizing profit over the well-being of children and all users”, while Subcommittee Chair Richard Blumenthal said, “Facebook exploited teens using powerful algorithms that amplified their insecurities.”

Also revealed in these documents was information showing that Facebook not only chose to put its profits over the well-being of the people using their products, but they also misstated and omitted key details regarding their apps and the ability to cause harm. Haugen’s lawyers filed eight complaints with the Securities and Exchange Commission on the basis of these findings, focusing on Facebook’s public statements concerning how Facebook was aware of how organizers of the January 6 Capitol siege used its platforms, how effective Facebook was at removing hate speech on their platforms, and how Instagram was responsible for exacerbating body image issues. For example, Facebook CEO Mark Zuckerberg previously testified before Congress, stating that Facebook removes 94% of hate speech it finds before a user can report it, but according to the internal documents released thanks to Haugen, researchers estimated that the company had only been removing less than 5% of all hate speech.

The Response – What did Mark Zuckerberg have to say about the documents?

Zuckerberg responded to the Facebook whistleblower in a blog posted Tuesday evening, saying that the company’s internal research had been “misrepresented”. He wrote, “It’s disheartening to see that work taken out of context and used to construct a false narrative that we don’t care.” He said that he was “particularly” focused on the questions raised about the impact of Facebook products on children, saying that “it’s very important to me that everything we build is safe and good for kids.”

The Reform – Where do we go from here?

After analyzing and understanding the harms inflicted on people by Facebook and Instagram, there comes the question of what exactly lawmakers can do about those impacts. Haugen urged lawmakers to do further analysis on the Facebook and Instagram algorithms, which reward engagement. This engagement-based formula is what allows posts containing rage, hate, and/or misinformation to gain more virality due to the engagement and reactions it garners from users. Haugen adds that reforms to these algorithms should make “the platforms themselves safer, less twitchy, less reactive, less viral”. One proposal currently being discussed would allow private citizens to sue Facebook and other social media companies for harm caused by such algorithms. Other possible legislative responses include passing a national privacy law and/or strengthening safeguards for children on online platforms.

To learn more about this incident, see these additional sources: