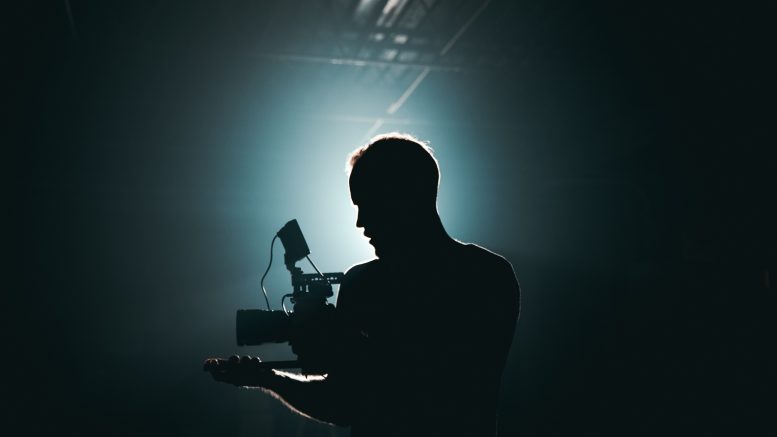 Music videos in the 1990s were charged with creativity. Artists took full advantage of this medium to experiment with visual storytelling. | Source: Pexels.com

Directed by Jim Swaffield, the official music video for Scenario plays on a computer desktop screen that layers and switches between smaller windows. The buttons, toggles, disks, switches, and sliders control the backdrop and the artists’ clothing, hairstyles, headwear, and physical orientations. The moving pieces, changes in scenery, and frequent celebrity cameos are both visually appealing and engaging for the audience.

Kriss Kross – I Missed The Bus

Kriss Kross. “I Missed the Bus.” Totally Krossed Out, Ruffhouse and Columbia Records, 1992.

In this music video, the Chris Kelly and Chris Smith duo exaggerate the anxiety of missing the school bus and running late for school. The video plays with horror movie imagery by depicting the angry bus driver, teachers, and school security guards as distorted bug-alien creatures. In the video, Chris and Chris are the only ordinary students; their fellow classmates are expressionless, draped in cobwebs, and seemingly brainwashed by their freakish teacher.

The video for “What’s It Gonna Be?” begins with a glass cup that shatters and reassembles into Busta Rhymes dressed in a gleaming suit. He appears in the middle of a grid-like room that shifts into different configurations. This scene transitions to Janet Jackson in a tunnel made of a fluid metallic substance. The cool-toned backgrounds pulsate, ripple, and shape-shift, mimicking the effortlessly smooth melodies and rhythms of the song.

Lil Troy – Wanna Be a Baller

For the bulk of the music video for “Wanna Be a Baller,” Lil Troy paints a picture of an easy, breezy, lavish lifestyle. Lil Troy is shown starting his day driving through a neighborhood and stopping to chat with a group of kids all grinning ear to ear. He continues his drive until he arrives at a nightclub where he indulges in good eats and company. This narrative changes when he descends to a lower level of the building where he has an unfortunate confrontation with an old friend. This brings his audience to an understanding of the price he pays to afford the life he lives, and gives meaning to the verse “but there’s gotta be a better way.”

The story behind this music video involves a group of scientists piloting a robot space shuttle that lands in the streets of Tokyo, Japan. The robot and its team encounter a giant octopus-headed creature set out to destroy the robot. Civilians flee the streets meanwhile the Beastie Boys show off their neon construction worker outfits and guide the camera through the Shibuya and Shinjuku train stations and different markets in Tokyo.

2pac released two different music videos for his comeback single, “California Love.” The first one, pictured above, draws inspiration from “Mad Max Beyond Thunderdome,” which is a post-apocalyptic action film that takes place in a desert. Much like the movie, 2pac’s music video incorporates a cargo cult and a blazing thunder dome. The roguish costumes and the vibrant golden scenery give this five and a half minute music video the feel of a movie.

Diddy’s official music video for “Victory” is an homage to another action film, “The Running Man” directed by Paul Michael Glaser. One of the most expensive music videos ever made, “Victory” incorporates footage of Diddy dodging armed troops through dingy tunnels, alleyways, and on rooftops in a chase to the death. This video is packed with dark silhouettes and dynamic escape scenes that emulate a dystopian society full of risky business.

Directed by Hype Williams and Busta Rhymes himself, the video for “Gimme Some More” is shot through a fish-eye camera lens which creates a distorted perspective that accentuates the funhouse feel of the set. Following the narrative in the song, a boy playing outside bumps his head and “switches it on ‘em,” transforming into a blue monster that chases the woman inside the house. Scenes of the chase are contrasted by shots of Busta rapping in various erratic settings. A combination of the highly animated cartoon style of the video, bold costume changes, and spunky characters makes this music video one of a kind.

“Da Mystery of Chessboxin’” is the sixth track on Wu-Tang Clan’s debut album, Enter the Wu-Tang, and is one of three songs on the tracklist that has an accompanying music video. The video opens with a chess match between the leaders of two groups of people: people in white hoodies and people in black hoodies. The two teams are then shown standing on a checkered platform where the team members act as the moving pieces in a game of chess. Clips of the giant chess match are intercut with clips of the WTC in a vandalized and decrepit underground location.