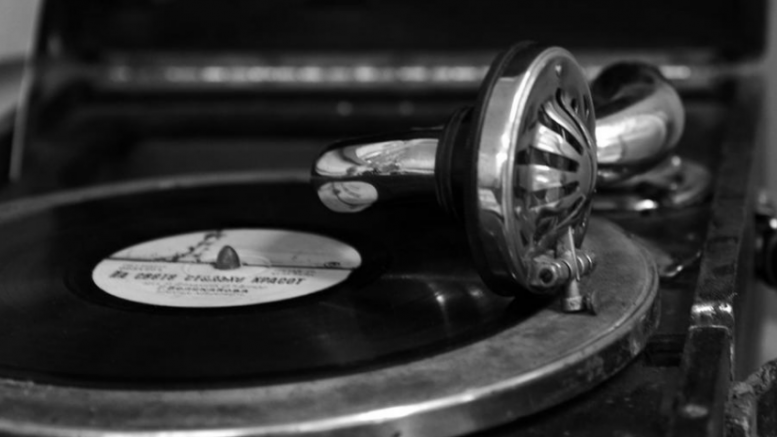 With all the bops being put out lately, it’s easy to forget about those of the past! Here are 10 songs that will bring a blast of the past of good music vibes:

1. “Walking on Sunshine” – Katrina and The Waves

Are you looking for a fun, peppy tune to make you forget all the bad and only see the beauty around you? Well, this song is for you!

Guitarist, Kimberley Rew, told The Guardian in 2015, “I’d love to say ‘Walking on Sunshine’ relates to a significant event in my life, like walking out of my front door, seeing a comet, and being inspired. But it’s just a piece of simple fun, an optimistic song, despite us not being outstandingly cheery people. We were a typical young band, insecure, and pessimistic. We didn’t have big hair and didn’t look anything like a Motown-influenced group. We didn’t have any credibility or a fanbase in awe of our mystique. We were a second-on-the-bill-at-a-festival-in-Germany pop band. But we had this song.”

This 1985 bouncy bop hit No. 9 on the Billboard Hot 100, No. 8 in the United Kingdom, No. 4 in Australia, and even won the band a Best New Artist nomination at the Grammys.

You can take a listen here: “Walking on Sunshine” – Katrina and The Waves”

When asked what she envisions when she sings this song, Petula Clark, vocalist of the 1964 tune, said, “It’s usually a general image of the sense of getting out and seeing something else. This idea of being alone… I’ve been there. I have my down days when I’m feeling alone and a bit sorry for myself. And the best thing to do if you can is just to get out there and think about something else and see something else and possibly even talk to someone else—without getting your head bashed in. Not to get too deep into your own solitude and sadness.”

“Downtown” was written by Tony Hatch and would go on to hit No. 1 in the United States, making Clark the first female singer from the United Kingdom to hit this spot during the rock era. She would also become the first British person to win a Grammy in 1965 when the song won a Grammy for Best Rock & Roll Recording. The song would be inducted into the Grammy Hall of Fame years later in 2003.

You can take a listen here: “Downtown” – Petula Clark

Are you in love? Are you not in love but love vibing to a song like you are? Then this song is perfect for you!

Released in 1970 and written by drummer Dennis Wilson, “Forever” may not be as well-known as some of their other hits, but this is still a Beach Boy classic!

Fun Fact: If you are a Full House fan, you may remember Uncle Jessie playing this tune!

You can take a listen here: “Forever” – The Beach Boys

Have you ever wanted to pretend you’re stuck in jail while you sing into your hairbrush? Well, this is a great song to do exactly that!

“Jailhouse Rock” was written by Jerry Leiber and Mike Stoller and released in 1957, reaching No. 1 a month later.

A month after that Elvis’s movie of the same name was released, making the song even more popular! The song was No. 1 on the United States pop charts for seven weeks, No. 1 on the R&B and country charts, and became No. 1 in the United Kingdom.

You can take a listen here: “Jailhouse Rock” – Elvis Presley

5. “What a Wonderful World” – Louis Armstrong

Ever look at the world around you and think “what a wonderful world?” Then this is the perfect song for you!

In 1967, “What a Wonderful World,” written by George Weiss, was released. Weiss explained that the song was written for Armstong to help him bring various races together.

Armstrong says, “It cannot be what is so bad in the world. What we do is what keeps us going.”

The song takes a look at the good in the world and makes you stop and think for a minute about all the little things in life.

You can take a listen here: “What a Wonderful World” – Louis Armstrong

You ever feel like you need a little help? Well, this is a great song for you!

John Lennon wrote “Help!” with Paul McCartney, releasing it in 1965.

The song became a No. 1 hit in the United States, becoming the one of the two No. 1 hits the band had that had only one word in the title. It also became the name of The Beatles’ second movie.

For Lennon, this was a way of calling out for help. He said, in an interview with Rolling Stone in 1971, “I meant it—it’s real. The lyric is as good now as it was then. It is no different, and it makes me feel secure to know that I was that aware of myself then. It was just me singing ‘Help’ and I meant it.”

You can take a listen here: “Help!” – The Beatles

If you know Johnny Cash at all, you know this song!

“The Ring of Fire” was written by June Carter (who would eventually become June Carter Cash) and Merle Kilgore about June and Johnny’s relationship and released in 1963.

You can take a listen here: “The Ring of Fire” – Johnny Cash

We all want to have a little fun, and this is the perfect song to get hyped up to!

“Girls Just Want to Have Fun” was written by Robert Hazard, but the lyrics were altered by Cyndi Lauper before she released the song in 1983. It was her first single as a solo artist.

In the I Want My MTV book, Lauper said, “I wanted ‘Girls Just Want To Have Fun’ to be an anthem for women around the world—and I mean all women—and a sustaining message that we are powerful human beings. I made sure that when a woman saw the video, she would see herself represented, whether she was thin or heavy, glamorous or not, and whatever race she was” in regards to her music video.

You can take a listen here: “Girls Just Want to Have Fun” – Cyndi Lauper

This one is a classic! You have probably heard it hundreds of times throughout your life and know it’s almost more fun to sing along to the musical beats than the words themselves!

Recently, Neil Diamond said, while on “Today,” “I was writing a song in Memphis, Tennessee, for a session. I needed a three-syllable name. The song was about my wife at the time—her name was Marsha—and I couldn’t get a ‘Marsha’ rhyme.”

You can take a listen here: “Sweet Caroline” – Neil Diamond

Have you ever been worried someone might steal your boo? Well, this is the perfect song for you!

“Jolene” was released in 1973, written by Dolly Parton.

It was written about a bank teller who liked Carl Dean, Parton’s husband. In an interview with NPR, Dolly said, “She got this terrible crush on my husband. And he just loved going to the bank because she paid him so much attention. It was kinda like a running joke between us… So it’s really an innocent song all around, but sounds like a dreadful one.”

You can take a listen here: “Jolene” – Dolly Parton

These are just a few of the many, many oldies but goodies out there, but it’s a good start! Make sure to listen today and enjoy those oldie vibes!

Be the first to comment on "Oldies But Goodies: A Musical Blast from the Past"