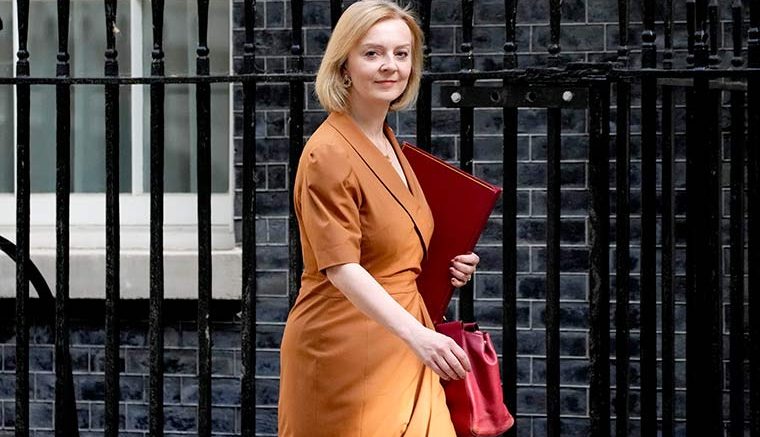 Who is Liz Truss?

Mary Elizabeth Truss has been the leader of the Conservative Party since September 5th and prime minister since September 6th. She first became a member of parliament (MP) in 2010 for South West Norfolk, and has held various cabinet positions in the interim. Just prior to being elected leader, she was foreign secretary of the UK.

As an undergrad, Truss headed the centrist Oxford University Liberal Democrats organization. In 1966, however, she joined the Conservative Party. Having been elected to Parliament, Truss was initially a part of the anti-Brexit Britain Stronger in Europe campaign, but following the 2016 Brexit referendum, she began to support Brexit.

In 2016, Truss was appointed Secretary of the State for Justice and also became the first woman to hold the office of lord chancellor. Truss supported Johnson as prime minister in 2019 after Theresa May stepped down. Under Johnson, she first held trade roles before being appointed foreign secretary in 2021.

While the rest of the UK was under lockdown, then-Prime Minister Boris Johnson, alongside other top British officials, was attending parties that violated the country’s COVID guidelines. A report by investigator Sue Gray details the events of the July 2020 birthday party he held at his Downing Street office, as well as four other parties later that year and in 2021.

“Partygate” marks the first time a British prime minister has been found guilty of breaking the law while in office. Gray writes that “what took place at many of these gatherings and the way in which they developed was not in line with COVID guidance at the time.” While Johnson was attending these parties, the British public was prohibited from visiting friends and family, even for funerals, because of the restrictions Johnson himself had imposed.

By the time Gray’s report was published in June, Conservative lawmakers had lost confidence in Johnson. Then in July, Johnson’s deputy chief whip, Chris Pincher, whom Johnson had appointed despite accusations of inappropriate behavior, resigned. Over the next few days, more than 50 other members of Parliament, including Chancellor of the Exchequer Rishi Sunak, quitted their positions as well. Finally, on July 7th, Johnson announced his resignation, saying that it was “clearly…the will of the parliamentary Conservative Party that there should be a new leader.”

According to British law, the leader of Parliament’s majority party has the right to be prime minister. As outlined by the 1922 Committee, a group of the Conservative backbench MPs (Parliament members who do not occupy governmental office), the process to choose a new Conservative leader has two main stages. Conservative lawmakers first narrow the options down to two via a series of ballots held among themselves. The two candidates then face all dues-paying Conservatives, who have the final vote in determining the prime minister. In this election, roughly 142,000 of 172,000 eligible Conservatives voted, accounting for approximately 0.3% of the total UK electorate.

During the initial round of elections, Truss was one of eleven Conservatives contending for the office. By the time the vote moved from lawmakers to the party at large, however, her only opponent was former Chancellor of the Exchequer Rishi Sunak.

Sunak was favored by lawmakers, but when it came to the party vote, Conservatives rejected him. Like Johnson, he had been fined for attending a party that broke UK COVID regulations. Critics have also called attention to his wealthy wife, Akshata Murthy, whose taxes have come under scrutiny.

Had Sunak been elected, he would have been the first prime minister of color in the UK’s history.

When Truss moved into No. 10 Downing Street, her position promised the challenges of combating an economic crisis: as the level of inflation has continued to rise, workers across the country have demanded better pay, while public finances have suffered. The current cost of living is through the roof. Aiming to freeze energy rates for millions and save British people billions within the year, Truss made a proposal, but this has garnered little attention following Queen Elizabeth’s death on September 8th.

With the queen’s passing, Truss has been put into the spotlight primarily as the government’s chief mourner. The attention has put pressure on Truss. Shortly after she rose to office, she was reported to be joining the new King Charles on a mourning tour of the UK’s four nations. Some opponents considered this presumptuous, but a spokesperson clarified to the Guardian that, while Truss would attend memorials for the queen in the four countries, she would not be “accompanying” the king.

“I don’t know what led to anyone thinking it was a good decision for either of them that she go to the capitals of the U.K. nations with Charles,” said Alastair Campbell, the prime minister’s director of communication at the time of Princess Diana’s death. “She would have been far better advised getting her feet under the table in No. 10 and beginning to focus on the enormous challenges that are going to be there when the mourning is over.”

Truss has had to maintain a balance of mourning and leadership since she rose to office. Meanwhile, Parliament has been suspended until the queen’s state funeral is held on September 22nd, after which lawmakers are scheduled to recess. Parliament will recommence on October 17th.

Cost of Living: Truss promises to cut living expenses by implementing an emergency budget. She will not set a windfall tax on energy firms but will suspend the “green levy,” or the part of your energy bill that funds environmentally friendly projects. Truss will also change taxes to enable people to stay at home as caregivers. She holds that the Bank of England needs to be more proactive in curbing inflation.

Tax & Spending: In addition to trashing the “green levy” and implementing an emergency budget, Truss will lower the cost of National Insurance and not increase corporate tax as has been planned. She intends to create “low-tax and low-regulation zones” across the UK to stimulate innovation and aims to fund her plans by paying off the UK’s COVID debt over a longer period of time, without cutting public spending.

Climate: Truss will honor the net-zero-emissions-by-2050 goal outlined by the 2021 United Nations Climate Change Conference. She has said that the UK needs to produce more nuclear power. To protect biodiversity, Truss also wants to launch a survey of UK wildlife. She plans to review a ban on fracking.

Brexit: Truss is currently pushing to negate portions of the UK-Northern Ireland 1988 Good Friday peace agreement, which established free trade between Ireland and Northern Ireland. By the end of 2023, she promises to replace or get rid of EU laws thought to be restricting the economy.

Health & Social Care: Truss has pledged to put a larger portion of healthcare spending towards social care, saying specifically that schools should have more mental health support. She also wants to end what she calls a “Stalinist” housing goal, namely to build 300,000 homes a year in England.

Education: Truss plans to provide parents with more before/after school childcare options. She wants to reform college admissions so that students apply with received, rather than predicted, grades. She has stated that schools need to have more mental health support. Saying that she does “not believe that under-18s should be able to make irreversible decisions about their own bodies that they might come to regret later,” she claims that “schools should be sensitive” to trans students who want to use the bathroom of the gender with which they identify but that this “should not be at the expense of protecting young girls.”