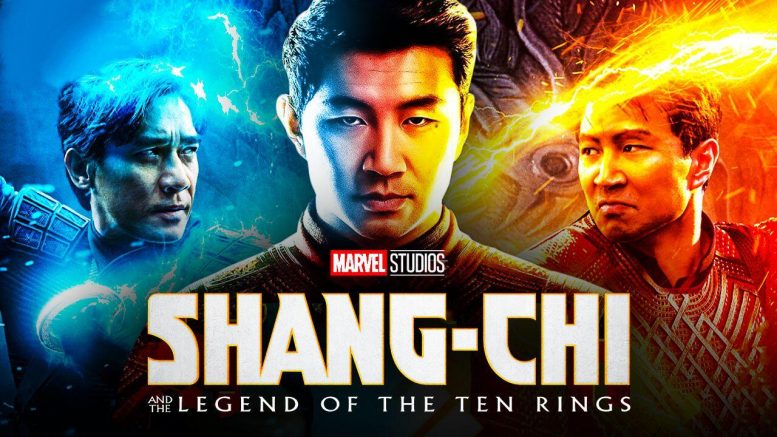 Shang-Chi and the Legend of the Ten Rings | Source: The Direct

As stories of superheroes defeating villains dominated the big screens, many children began looking up to Superman, Spiderman, Wonder Wwoman, and even the Joker. However, these characters lacked the diversity that allowed people to connect with them and feel recognized in the media. In general, Asian people have been depicted in the media as nerdy, weak, or comedic relief characters. As a result, Asian people were rarely cast as the main characters in any media, let alone a character in one of the largest franchises of the world.

Shang-Chi and the Legend of the Ten Rings is the newest Marvel movie, based on the original comic book, featuring a mostly Asian cast. Shang-Chi’s father wears the ten rings that give him the powers of immortality and god-like strength for a thousand years. The movie centers around the troubling family dynamic the protagonist has with his father and sister because of the death of their beloved mother. Shang-Chi, played by Simu Liu, displays strength, humor, and forgiveness throughout the movie. Simu Liu’s skill at wushu shows through the screen and makes every fight scene even more authentic and exciting. Awkwafina plays Shang-Chi’s best friend, Katy, who does not speak Mandarin. Her character is representative of ABCs, or American-born Chinese people, and adds even more representation to the cast. Both native speakers and ABCs can watch Shang-Chi and feel represented as Asian people, which is a difficult balancing act the film is ultimately able to pull off. Katy and Xialing, Shang-Chi’s sister, are tough, funny characters that get the entire audience cheering with their girl boss energy (don’t miss out on the mid-credit and end-credit scenes!). Even the mythical creatures are from ancient times, such as Morris, the phoenix-like birds called Fenghuang, and the huli jing, or the nine-tailed foxes. If the historical accuracy wasn’t enough, about a quarter of the entire film was spoken in Mandarin. This representation is rarely seen in the media and displays the beauty of the Chinese language.

Shang-Chi and the Legend of the Ten Rings joins the list of films that highlight the Asian community, such as Crazy Rich Asians. The film was released in 2018 and features an entirely Asian cast. It is also the first to movie to feature a majority cast of Chinese descent since The Joy Luck Club in 1993. Also released in 2018 was To All the Boys I’ve Loved Before, which starred Lana Condor, a Korean-American actress, and was based on the book that explores Lara-Jean’s complicated love life after her sister sent out her secret love letters. Raya and the Last Dragon came out this year and features an animated cast of Southeast Asians. Although Asian representation has increased in the media and stereotypes have started to become less common, there is still a long way to go before Asian Americans – both adults and children – can feel like they can relate to their favorite characters on the big screens. Shang-Chi makes incredible headway for Asian children to feel like they can be anything, from superheroes to warriors, and will hopefully inspire Hollywood to put more emphasis on Asian stories.

Be the first to comment on "Shang-Chi: A Celebration of Asian Power"