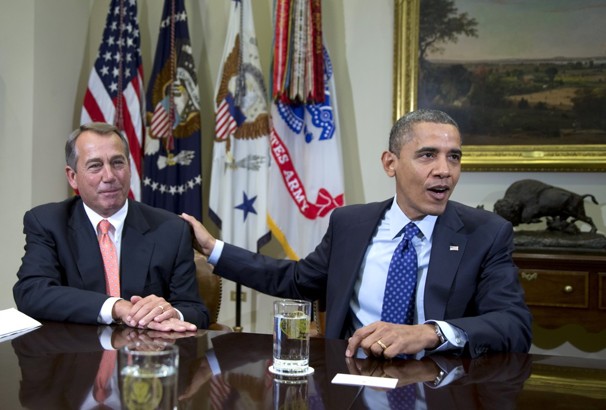 On October 17, the government reopened after being shut down for sixteen days. The stem of the problem was Congress’s inability to reach an agreement on the US budget and debt ceiling. Currently, the United States national debt totals over 17 trillion in USD, and the interest that compounds on this incredible sum is a problem in itself.

The debt ceiling is an amount imposed by Congress that prohibits the US government from retaining a debt that is larger than said amount. Under such a system, when the government reaches the debt ceiling, it must get rid of any extra debt. In an ideal situation, the government would pay off all of its debt before it could reach this ceiling. In reality, however, the government has three options to deal with this scenario. The first option, one that Obama  turned to the last time this crisis happened, is to simply raise the debt ceiling. However, this option, instead of solving the problem, ends up delaying it further. At the time of the recent government shutdown, this approach ultimately failed because Obama, through lack of bipartisan cooperation, couldn’t get Congress to agree on raising the debt ceiling.

The second option, the one that ultimately resulted in the government shutdown, is to simply take away from other expenditures to compensate for the debt that would otherwise exceed the debt ceiling. This means that government expenditure in different areas would be moved towards paying off the debt. In the case of government shutdown, money used for paying wages, maintaining government property, and other non-essential systems are instead used to pay off the debt.

Government shutdown happens when Congress cannot agree on a resolution. This is because they are unwilling to risk the third option: default. To default on debt is to break the obligations of a loan, usually by not returning the money owed. If the United States were to default on its debt, it could become debtless the next day. However, its bond ratings would fall and the nation would lose almost all sources of foreign investment, which comprises a large part of its income.

Thus, in order to prevent the debt from exceeding the designated boundaries, the government shut down. It cut off expenditure from nonessential (and in some cases, quite essential) branches, and used that money instead to keep the debt under control. Obama and Congress negotiated to raise the debt ceiling once again, and the government reopened on the 17th. However, the real challenge is to escape this cycle of debt, and to finally put an end to the debt crises that, unless the government takes some action, will likely come again.

Be the first to comment on "Explaining the Government Shutdown"