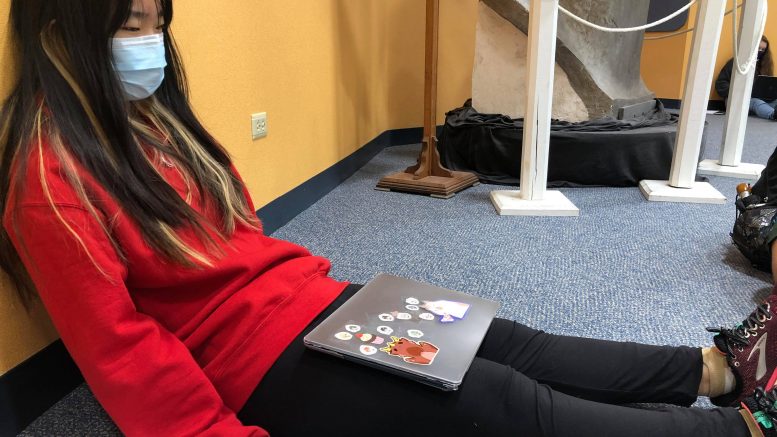 Aurora, Illinois (The Acronym) — As the universally dreaded November 1st deadline quickly approaches, seniors across the nation are scrambling to revise their 472nd personal statement drafts and trying to figure out how to word that 150-character extracurricular description in the best way possible. One particularly pitiful case has presented itself at the Illinois Mathematics and Science Academy as friends of Bisabel Bhen have reported extremely worrying behavior from the 1502 senior.

“Food and sunlight are expendables,” Bhen explained when questioned why she hadn’t been seen leaving her room a single time over the weekend except to microwave a Ham & Cheese Hot Pocket®. At around 7 p.m., however, during a light drizzle, Bhen was spotted standing outside the hall entrance staring into space for about two minutes before disappearing into the depths of her room once more.

One of Bhen’s concerned friends reported the last thing Bhen had expressed to her was anxiety over having gotten through only 72 out of her playlist of 302 videos on “Reading the essays that got me into Cornell!” and “Stats and extracurriculars that got me into Wharton!”

“I borrowed her AirPods yesterday and they were still playing Microwave White Noise for Concentration 10 Hours ASMR,” another friend added. “I’m kind of worried for the state of her brain.”

Acronym staff writers approached Bhen on Monday while she had been Googling “What is the lowest GPA that can get me into a T50?” on a library computer. “My laptop is out of battery and I accidentally chewed through my charger cord completely,” she explained.

“She’s completely out of it,” a classmate complained. “I asked her what she thought of her college apps and she started reciting CollegeVine articles from memory.”

One friend asked Bhen if she had been getting any sleep. She reportedly blinked twice and said, “There, I just did,” and walked away.

As of 10-check, Bhen’s roommate has confirmed that she was found passed out in a seated position at her desk, hands still hovering over her keyboard and mouse.

Seniors Speak: IMSA Is Not Perfect