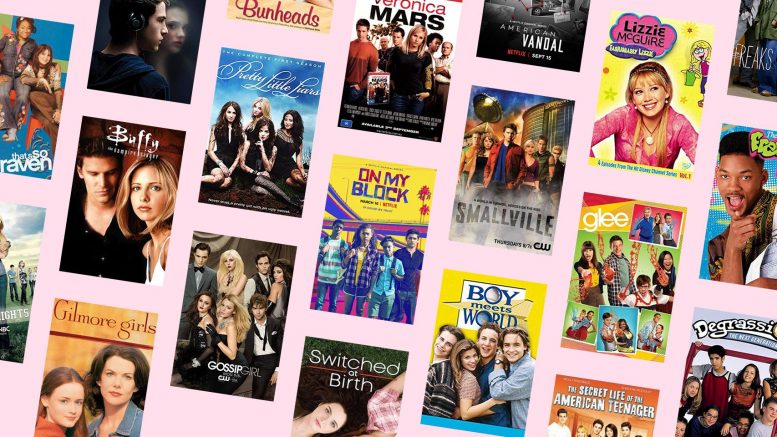 When you eventually gain admission to the Illinois Mathematics and Science Academy (IMSA), you probably begin to envision your daily life there: study sessions with pals, cerebral classroom debates, and a constant state of motion. This is accurate during the first month at IMSA, but by October, you’ve become familiar with boredom. It’s not as usual as you thought for friends to study with you, and the always-on-the-go attitude isn’t a must for all students. So, how do you intend to pass the time? One of the best ways to kill time and meet new people is through TV. The Acronym has put together a list of the top TV shows to binge-watch this academic year.

Who doesn’t enjoy Netflix? Although rising prices and a limit on the number of people on accounts may prompt many Twitter users to announce that they will cancel their Netflix subscription after the next season of Stranger Things is released, Netflix remains the most popular streaming service. Here are a few of Netflix’s best shows that are nearly worth the seven-dollar increase in price.

A Series of Unfortunate Events

I began watching A Series of Unfortunate Events in sixth grade and eagerly anticipated each new season. When the final episode aired on the first day of 2019, I cried — or at least I think I did. If you have Netflix, this is a must-see. Its witty dialogue and awkward protagonists make it a must-see.

While the title gives away some of the show’s plots, I was surprised by some of the series’ twists and turns. Based on the best-selling series of the same name, the story begins after the Baudelaire mansion burns down, orphaning two teens and a baby. Count Olaf, a distant relative, adopts the children but has ulterior motives. They learn more about their deceased parents and uncover hidden mysteries because of the impending pressure from those after the fortune their parents left behind.

I haven’t finished the show, but the first few episodes seemed promising. OZARK is one of the more mature shows on this list, so watch if you are comfortable with mature topics.

The story begins with Marty Byrde, a father of two and husband of Wendy Byrde. He has a high-ranking position in a corporation but chooses to live a humble life. After receiving an unexplained phone call from his boss, he is thrust into a life-or-death situation when it is revealed that his coworkers have been laundering money for a drug dealer and stealing it. He then promises to make $500 million in five years selling drugs on a remote tropical island.

Jane the Virgin is a show I binge-watched. I discovered Jane the Virgin on 123movies and instantly fell in love with the show. The plot was a little strange as the series progressed, but it worked well with the actors on the show and made for an entertaining watch.

Jane, an aspiring writer, lives with her mother and Abuelita. During a routine appointment, the doctor seemed a little…off. In an unexpected turn of events, Jane is artificially inseminated, and the father is none other than the arrogant heir to a billion-dollar corporation. While dealing with this new challenge, Jane struggles with her current relationship with her boyfriend and the baby daddy.

I recommend watching this show after a long day of homework and socializing. The unfolding drama easily distracts you, and your worldly concerns wash away.

Comedy shows are an excellent way to distract yourself from your problems. Comedy shows are best enjoyed with others, but they can also be enjoyed alone. Here are a few good comedy shows to get you in a good mood.

Only Murders In The Building

I started watching this show because of Selena Gomez. Her performances in Wizards of Waverly Places, Another Cinderella Story, Roman and Beezus, and many other Disney films were core memories of my childhood. After reading reviews and being impressed by the show’s perfect Rotten Tomoates rating, I decided to “take a stab” at it.

The show begins with zoom-in shots and a day-in-the-life depiction of the three central characters, all of whom live in The Arconia: Oliver Putnam, Charles-Haddon Savage, and Mabel Mora. These three characters are very different, but they are united by a love of murder, or more specifically, true crime podcasts. When the building is evacuated following the sound of the fire alarms, it is discovered that Tim Kono, a notoriously disliked tenant, has been murdered. Mabel, Charles, and Oliver decide to solve the murder and turn it into a true crime podcast.

This show will have you guessing and wondering who the murderer is. Each episode grows more and more suspenseful. I recommend watching it with friends to speculate on the show’s various plot points. Because there aren’t many graphic scenes, the hall commons is a great place to watch Only Murders In The Building.

Hacks is one of those shows that you don’t intentionally watch. I was at my sister’s house when I saw a woman on TV threaten to break an item in an antique shop so she could buy another one. Later that night, I started watching the show from the beginning, and it turned out to be one of the best decisions I made all summer.

Ava Daniels, a former show-writer, has an unfriendly encounter with cancel culture because of a joking tweet about a conservative senator and his gay son. When no one wants to work with Ava, her agent steps in to find her work and uses his connection with another client to shadow a famous stand-up comedian, Deborah Vance. This show appeals to two generations thanks to its witty commentary and relatable topics.

On a tired Friday night, I recommend watching this show with friends. Hearing such incessant jokes results in both good laughter and painful groans. It might be worth watching from the 05 slabs or setting up camp in the grass. Staying in is another option, and late-night dorm movie nights after 11 p.m. would be entertaining.

In contrast to the other comedies on this list, Kaguya Sama (as the title suggests) is an anime. After abandoning it during the first summer of the pandemic, my friend’s persistent recommendations reintroduced me to this dazzling comedy.

At Shuchiin Academy, the student council is at the top of the social pyramid. Shuchiin Academy’s vice president, Kaguya Shinomiya, is a proud academically successful student from a wealthy family. The student council president, Miyuki Shirogane, is a hardworking student from humble beginnings who rose to the position of student council president by concealing his flaws and presenting himself as the ideal candidate. They have a huge crush on each other, which neither of them realizes. As they plot to persuade the other to confess their feelings, their plans don’t always go as planned, resulting in awkwardly funny situations.

This anime can be watched alone, with others, at night, during the day, inside or outside. It’s a lot of fun to watch, and I recommend it even if you don’t like anime.

I know, I know… You were expecting the best shows to binge, but I couldn’t help but recommend a few movies. Movies are an excellent way to strengthen bonds with friends in a short period. I’m not a movie buff, but here are some recommendations based on the most recent films I’ve seen.

GET OUT is Jordan Peele’s first of three critically acclaimed films directed in the last five years. With the current buzz surrounding his third film, NOPE, I decided to watch Get Out, a project of his that I had yet to see. After seeing the movie, my mind was shattered. I started watching fan theory videos, videos deconstructing all of the symbolic pieces in the film, and exciting internet clips right away. It was a great watch and a great brain stimulant.

Following a disturbing opening scene, the film introduces the main characters: Chris Washington, a traumatized man, and Rose Armitage, Chris’s seemingly caring lover. They have plans to visit Rose’s parents, and everything appears to be going well – until it doesn’t.

This is a mind-bending film, especially the first time you see it. I believe the experience is gained by watching with friends late at night.

The Perks of Being a Wallflower

In today’s culture, there are far too many coming-of-age films. Jordan Fisher appears in the majority of the ten movies released by Netflix each year, and there’s always a cheesy depiction of GenZ humor that adults believe we act like. Allow me to introduce you to The Perks of Being a Wallflower. It is a movie that can be watched with friends or alone and each time, you learn something new.

The Perks of Being a Wallflower is based on the best-selling book of the same name and follows Charlie, an awkward teen starting high school. Charlie is a complete loner, lacking a clique, and initially perceived as a nerd due to his love of books. He then meets a pair of siblings who alter the course of his life. He matures emotionally, physically, and sexually as the film progresses and confronts unresolved trauma.

You could watch this movie almost anywhere. On the last day of school, my friends and I watched it in the hall commons. We didn’t all “get” the movie, but it was nevertheless an enjoyable movie.