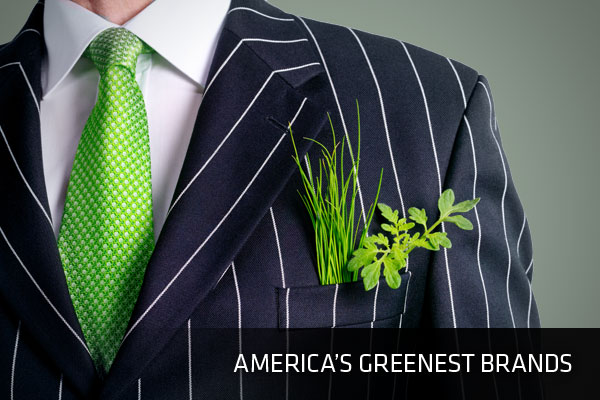 If you identify yourself as an environmentalist, I think it’s fair to assume you recycle religiously, shut off the lights when you leave a room, acknowledge that global warming exists, and incorporate products whose companies have eco-friendly policies in place into your lifestyle. You are only one person out of a population of billions. However, you know that every individual has an impact; what better way is there to maximize your positive impact than by supporting companies with environmentally conscious agendas?

Burt’s Bees, Ben & Jerry’s, Stonyfield Farm, Kashi, Honest Tea, Naked Juice–recognize these names? At some point, you’ve probably indulged in of these famously “green” companies’ lip balms, ice cream, or beverages. Thanks to their inclusion of organic ingredients and governmental certifications, these companies are rather famous for their vaunted dedication to preserving the environment.

What you most likely don’t realize is that each and every one of the aforementioned companies has been purchased by bigger corporations. They are now owned by Clorox, Unilever, Dannon, Kellogg’s, Coca-Cola, and Pepsi, respectively. Some, like Kashi, have been owned by larger companies from as far back as 2000, while others, like Honest Tea, were purchased as recently as last year.

Why would corporations be interested in the green guys? Simple: the latter tend to perform far better in retaining customer loyalty. Generally speaking, consumers are more loyal to companies that advocate environmental and social sustainability, and these are two areas in which the biggest household names routinely fail. By acquiring control over members of this niche market, corporations hope to analyze and eventually incorporate factors that will convince the public that every other brand they own is equally responsible and trustworthy.

There certainly is nothing inherently wrong with this practice. With their money and influence on the market, Kellogg’s and Coca-Cola in particular have managed to bring Kashi’s and Honest Tea’s healthy products to more stores. This results in widespread availability, which, in turn, means more consumers purchase the products and prevent the use of more pollutants.

Thus, what worries environmentalists has nothing to do with easier access to organic foods; rather, it is the compromised quality of the products most environmentally responsible brands turn out post-sale. For example, after Dean Foods purchased vegan milk brand Silk, the company began using conventional soybeans in place of organic. Additionally, because the corporations’ goals often differ tremendously from those of the smaller companies they buy, the purchased brands’ priorities frequently change to place a higher emphasis on efficiency and financial gain. It is these changes that lead environmentalists to brand such purchases as “sellouts.”

I am not here to preach to you, or tell you what you should or should not buy. I will, however, take the liberty to say that as a consumer who has the ability to make a change that matters, it is your responsibility to do your research and know your priorities. The next time you go shopping, remember that just because a product boasts “natural” ingredients or an organic certification doesn’t mean anything in terms of integrity or the company’s ownership or independence.

Be responsible. Make your choice.

Be the first to comment on "Green Companies: Under New Management"