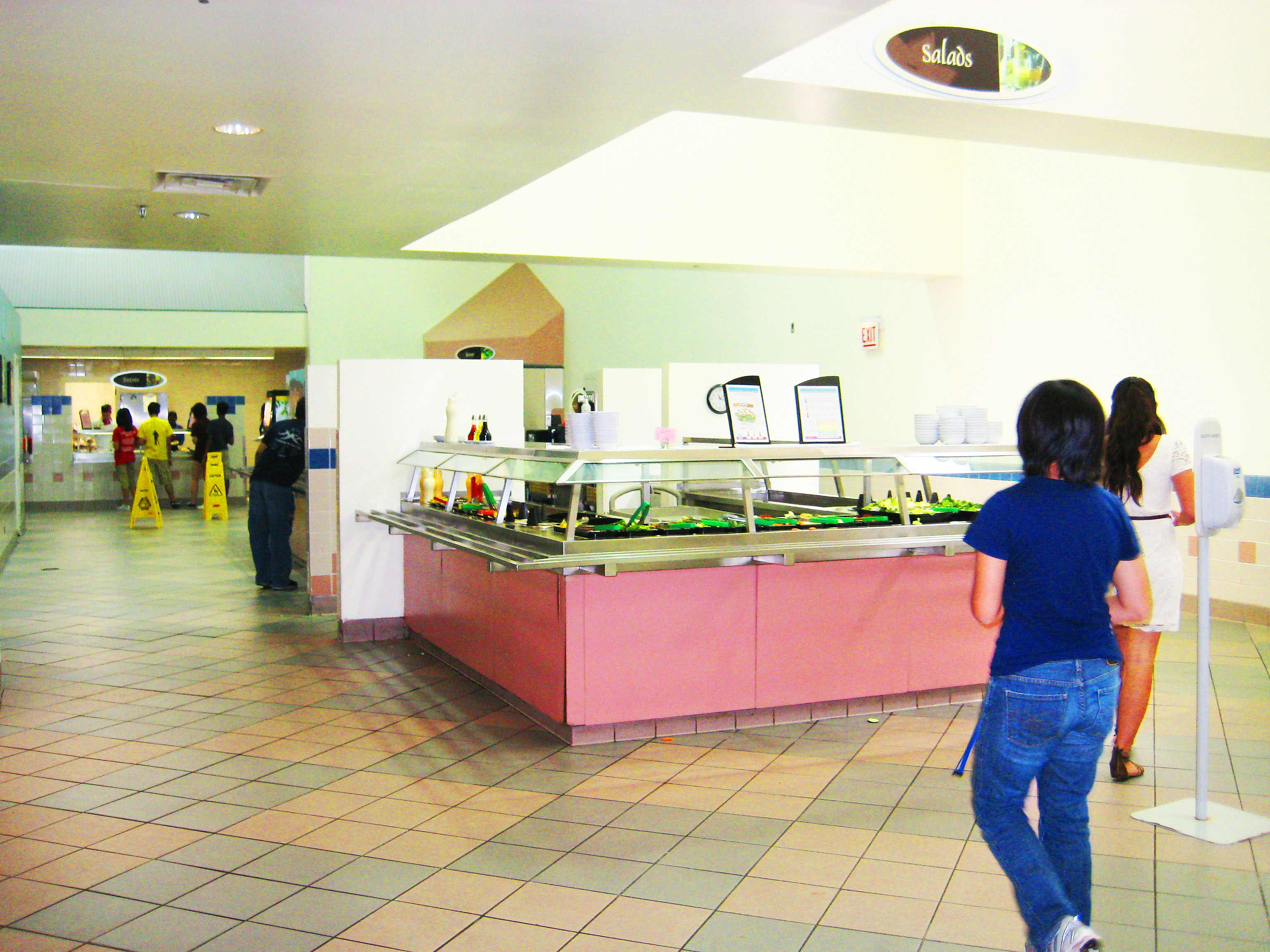 The lady who scans my ID card glares at me and clicks her tongue in annoyance. I adjust the small plastic card, attempting to properly line up the barcode with the red beam of light, until at last a beep of her computer liberates me from her icy glare. Thankfully, Sodexo’s service has noticeably improved since the start of my sophomore year, so this experience is only a memory. Today, you can expect a friendly welcome from the employee who scans your ID card before you enter the cafeteria.

Upon entering Sodexo, the salad bar is the first to greet you. While the salad portion of the bar is filled with a plethora of choices ranging from olives to bacon to the occasional cantaloupe, the dressing choices are sadly limited. My personal favorite, Caesar, is nowhere to be found, while only ranch, Italian, and some other mysterious liquid are provided. Nonetheless, as ranch is generally acceptable to all, salad is a palatable option for lunch or dinner. I recommend grabbing a second bowl, putting it over the first, and shaking so as to toss the salad. Otherwise, the first few bites will cause you to cringe from the onslaught of salty dressing, and the remainder will be bland.

Preceding the entrée line is the soup station, an elegantly designed section boasting two different choices. One of my favorite foods in Sodexo, the soups give off a lovely aroma, burst with flavor, and taste simply delicious. If nothing else looks remotely edible, I know I can always fall back on either a peanut butter sandwich or a bowl of soup. I specifically recall one occasion last year when a cold was ravaging my body; a classic bowl of chicken noodle soup succeeded where no medicine could and soothed my symptoms for several hours.

Alas the grill! Symbolic of American food, the grill, sadly, disappoints. A bland tasting patty slapped onto a parched, crumbly bun produces a burger that’s mediocre at best. Hot dogs drenched in a stagnant pool of water and oil come out pale and limp. Once during sophomore year, I was naïve enough to taste a veggie burger, and spat it right back out in disgust.

And yet, amongst the plethora of mundane Sodexo fare, several dishes stand out. The chicken nuggets are crispy on the outside and tender on the inside, and the lines for these delectable bites have been known to stretch past the salad bar. Sodexo pizza is always in high demand; two slim delicious slices disappear before you even notice they’re gone. The Thanksgiving dinner, with freshly cut turkey and ham, as well as the Christmas dinner, with a beautiful chunk of steak, are tasty enough to make my mouth water just thinking about them. Before omelets disappeared halfway through my junior year, I used to get up early for breakfast every Tuesday and Thursday morning just to enjoy a blissful customizable omelet.

Upon further reflection, Sodexo’s most delicious meals tend to be unhealthy, which is quite understandable. However, the facts that a) many healthy options are offered, and b) the quality of the food has undoubtedly improved with the service, are welcome. Rumor has it that different tiers of Sodexo exist, and that IMSA purchases the lowest tier possible, which is the same tier that prisons purchase to feed inmates. If so, I only ask, why should prisoners get such good food? As much as we love to complain about Sodexo, the food quite honestly, does not deserve such abuse.

To Incoming Sophomores: Did You Know?

If you sprinkle salt onto one of Sodexo’s white plates and pour on a few drops of water, it turns purple. I’ve heard countless hypotheses ranging from somewhat plausible to downright absurd on why this is the case, but as I do not know for certain why, feel free to interpret this phenomenon however you wish. Next time you sprinkle salt onto your food, it will be interesting to consider what effect even a tiny bit of moisture will have.

4 Easy Ways to Transform Sodexo into a Gourmet Meal

Be the first to comment on "A Guided Tour of Sodexo"