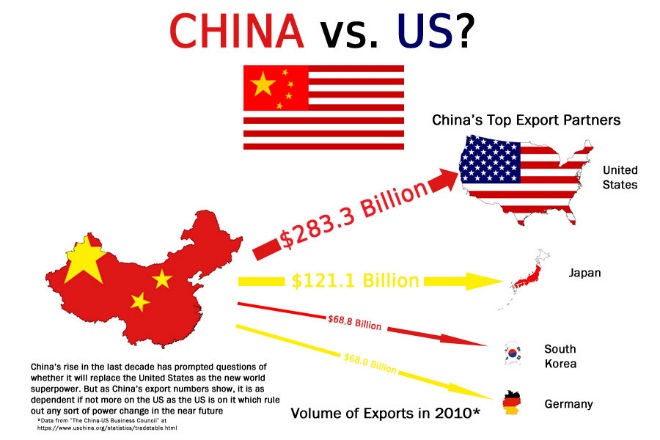 As I watched the presidential election develop, certain things became evident. First, this was an ugly election. Second, this was the clearest that the differences between candidates have been in recent memory. Finally, there seems to be a prevailing sense that America is in some sort of decline. Given the recent recession, this feeling is justified. Naturally, when people aren’t doing as well financially, optimism falls off a cliff.  But decline suggests something more than just a recession – it suggests the end of an era or even the fall of a civilization. It conjures thoughts of 476 A.D. in Rome or the arrival of Pizarro in the New World, and the conquest of the Incas.  Are we, as a country, really on the path to a similar fate? If so, who is going to take over the United States’ place as a leading superpower?

When examining America’s place in the world, we must first look at what has made America the powerful nation that it is. Our GDP of $15 trillion make us the largest economy in the world by a significant margin. We had the largest and most technologically advanced military.  We also had the strongest, and fastest growing middle class. As a result of the recession, our economy has stalled, our military has faced steep cuts in spending, and our middle class has shrunk. Even worse, new weaknesses have recently been exposed.  Consumer confidence, which had long been one of the greatest attributes of the American economy, is now at 70.3 which is down from the average of 93.17 that the US had in 1967. The dollar is trading near record lows compared to other major foreign currencies as well. Finally, unemployment is still near 8% and the debt is higher than the GDP for the first time since World War II.

Despite the plethora of negative economic aspects, the US is still the largest economy in the world and carries significant influence in international relations. So, could it be that we have looked too closely at the numbers that suggest decline? In order to answer that question, a definition of what constitutes power in the 21st century is needed. Historically, power was measured simply by territory. This analysis of power lends itself to a world view that pits countries against each other. Today, this method of measuring power is no longer applicable. In fact, power seems to be a completely irrelevant concept now. After all, thanks to innovations such as the internet and the digitization of data, the entire world economy has become intircately linked. Every developed nation relies on the others to maintain economic success.

This means two things. First of all, a well defined international pecking order doesn’t exist anymore. Now there are only two different types of countries: developed and not developed. Furthermore, every country has the potential to attain developed status. Second, economic rivalry is no longer beneficial. Instead, cooperation is needed between countries if they expect to advance. Take the example of the relations between China and the US. On the outside, it would seems as though these two countries are rivals. But, at least economically, this could not be further from the truth. Each needs the other to survive. For example, the United States makes up nearly a fourth of China’s total export market. If the US fell, China would fall.

Taking this one step further, one could say that America has the greater “power” in this relationship because it is the consumer. Thus, it is harder to replace than China is as the producer. Think of it this way: Say that there was a company that supplied a computer company like HP with parts  and that HP made up a large chunk of the overall sales of this company. If it decided to get competitive with HP in an effort to surpass HP, it would be a lot easier for HP to jettison its relationship with this company because there are multiple other suppliers from which it could get the same goods. The company would have a much harder time filling the gap left by HP.

The same applies here. There is Indonesia, India, Malaysia, Thailand, and others that have the capability to match the industrial capacity of China if properly invested in. However, that doesn’t mean the US would not experience negative economic effects if it decided to end relations with its largest trading partner because it would likely throw our country into another recession. Therefore, it is evident that these two superpowers need each other. In fact, the entire world needs the US. Much like General Motors during its period of bankruptcy, the US is simply too big to fail and, as a result, talk of decline within the next 25, 50, and even 100 years is irrelevant. Be the first to comment on "Are We in Decline?"