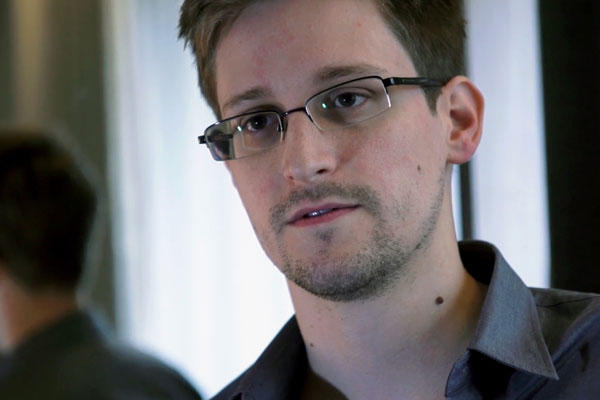 Snowden in June. Image taken from the Guardian.

In an online perpetually-connected world, information is shared almost instantaneously. However, despite being seconds away from being able to share anything and everything, most people do not want their activity to be seen by others. For example, Google Chrome has an incognito mode, while other browsers do not save cookies. Even in “privacy modes” such as incognito, Internet Service Providers store information on browsing habits, even if the browser does not. The ISP has the capacity to log electronic traffic, continuously recording information.  Thus, there is no simple way for the general public to know just how much of their lives is being recorded, but a recent series of articles by The Guardian revealed that the government has access  to large amounts of Internet and telecommunications data, an exposé possible due to the efforts of Edward Snowden.

At the beginning of June, Edward Snowden, a worker at the National Security Agency (NSA) contractor Booz Allen Hamilton, revealed that the US government forced phone companies such as Verizon to hand over confidential customer call data. The court ordered the companies to give the NSA metadata – information such as call duration, but not the contents of the call – a type of data that does not require a warrant to access. In addition, Snowden revealed the existence of PRISM, a program that allowed the NSA access to user data from Google, Facebook, and other similar Internet services, a claim that the companies deny.

A similar scenario erupted in 2006 when phone companies such as AT&T collected phone call records under the Bush administration, and the Obama administration never announced its continuation of the program. Once Snowden leaked this information, President Barack Obama, defending the program,  responded that “You can’t have 100% security, and also  100% privacy and zero inconvenience.”

On June 8th, Snowden exposed Boundless Informant, another NSA tool that allows the NSA to record and analyze the source of its data. Despite owning Boundless Informant, the NSA has told Congress that the NSA does not record its surveillance of American communication. Furthermore, the NSA, through court orders, was allowed to use any information from US communications that had been collected without a warrant. After reporting this fact, Snowden left the United States for Hong Kong, where he disclosed that the NSA had been hacking into Chinese and Hong Kong computers since 2009. In response, the US filed espionage charges against Snowden for “leaking information that harms efforts to fight terrorism and conduct legitimate intelligence operations,” as stated by The Washington Post.  Snowden released two video interviews, in which he said he believed that the US government is “going to say I have committed grave crimes… They are going to say I have aided our enemies.” Since leaving Hong Kong, Snowden appears to be staying in Russia, since the country has granted him asylum.

To some, the recording of personal information appears to violate the Fourth and Fifth Amendments. The government states that such data collection is necessary on the war against terrorism as well as for intelligence gathering. A recent survey by The Washington Post asked its readers whether they were in support of the NSA program after revealing that the program entailed collecting significant phone and Internet data. Results showed that 58% of the readers support the NSA. In another survey by Time, 48% of the responders said that the government is striking the right balance in surveillance or that it needs to do more, while 43% said that the government needs to cut back spending on such programs. When it came to overall privacy, nearly all of the responders (90%) agreed to one thing: Compared to previous generations, there is less data privacy.

While this leak is the largest in NSA’s history, Snowden is not the first to disclose confidential information to the public. Whistleblowing is the act of exposing misconduct such as fraud, health and safety violations, or corruption – especially in cases that can harm the public- to those who can take actions to correct it.  Most are employees at the agencies conducting these wrongdoings, as Snowden was an employee of an NSA contractor.  Whistleblowers believe they are obligated by moral duty to inform the public of fraud. When interviewed, Snowden stated, “I believe in the principle declared at Nuremberg in 1945: ‘Individuals have international duties which transcend the national obligations of obedience. Therefore individual citizens have the duty to violate domestic laws to prevent crimes against peace and humanity from occurring.’”

Other famous whistleblowers include Jeffrey Wigand, who, in the 1990s, revealed that cigarette manufacturers knew about the addictiveness of tobacco and had launched campaigns to conceal the negative effects of cigarette smoking. While Snowden revealed his information through The Guardian, Wigand attacked the tobacco industry through a 60 Minutes interview on CBS. Wigand’s exposure led to major changes in government regulation of the tobacco industry.

Snowden’s information has led to his citizenship being revoked, but it seems that the NSA continues to monitor user data. It is not known why the government needed Verizon’s records, as well as access to user data, but this reflects a trend in the NSA that leans toward domestic data collection. Surveillance has started to become less of an overseas issue, and more of a domestic issue. Snowden’s leak reflects this trend. The massive recording of customer data has shaken many Americans who fear a total invasion of privacy.

A Grade By Any Other Letter

How to Succeed on a Night Test

What is entrepreneurship anyway?

Be the first to comment on "Edward Snowden Leaks NSA Secrets"