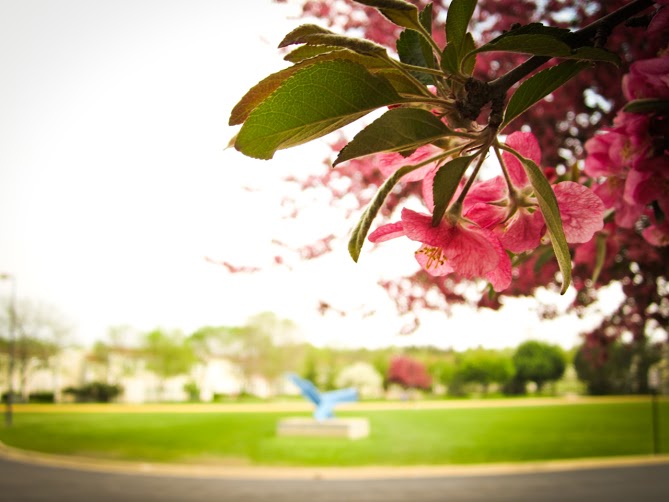 On August 12th, I moved back to school. Heaved crates upon boxes, loaded backpacks atop suitcases, but most importantly, gathered heart and mind for another hellish year to come. It feels familiar, almost, the countless trips from the car to my upstairs room. Sometimes taking the elevator, other times toughing it out and going for the stairs. And I can hear their voices again, whether my mom is yelling at me to sort out the shower curtains or my dad mumbling about furniture arrangement.

But things are different this time—my mom makes sure I’m settled and then leaves. It isn’t because I was an arrogant brat that refused help, because I am the last to be so noble. It is because she does so much already, and I need to grow up, step up. So I tell her to go, because all that’s left for me is to unpack, sort little things in their niche, find a place for bigger things. And, of course, make a home for myself amidst this dull room—the fake wood desks, the wardrobes that won’t quite close, the mattresses that should have been replaced but are still old and stained and saggy.

I kind of like it this way, though. I like it when I’m the only one in my room (although I do get quite lonely), when the bottom bunk is bare, when several crates are still crammed with miscellaneous items. It feels like things are held in a stasis of sorts. Perhaps, for the dramatic side in me, things stand at a precipice. Between sophomore and junior, between summer and school, between unpacked and settled. I feel at peace to know that I am in medias res, in the middle of things.

Even if I stand at the verge of something different, I know that things are also inevitably similar. The overwhelming sense of loneliness comes back, taps me on the shoulder like an old friend, embraces me in a gesture that is so impossibly cold. I remember it, though. How it visited me a year ago and became a regular, while I sat in my room after school struggling with all the feelings I couldn’t understand. I missed home immensely—real food, real friends, real home.

I remember calling my mom every day and one day, crying. I told her it was because I missed her, which wasn’t entirely true. I missed everyone and everything, I missed my reality, the one I knew like the back of my hand, the one I could navigate with incredible ease. In one of these daily phone calls, my mom asked me, “Did you get it?” I had no idea what she was referring to, so she told me to check my mailbox.

For those who know me well, they laugh at how hopelessly romantic I am. Letters are one of those things I find so perfect, this small package of paper and ink that express feelings only its recipient will hold close. Even at home, I like checking the mail to see if there’s anything for me. It’s usually only college mail, but I save it anyway, because I feel like I matter. And the day I checked my mail in late August of last year, I mattered so much it hurt.

There was a lone letter in the metal cell of a mailbox, from my dad. It made sense to get one from him, though. He’s not particularly conversational or chatty in person, but on paper, there are so many possibilities. In essence, the letter was advice from my dad, including Chinese proverbs and his own strange analogies. After all, he’d left home at thirteen, two years earlier than I had.

Out of the two pages, I can only remember the beginning clearly. My dad said he sliced half a watermelon, served it in little cubes on a giant plate like usual. It’s our family’s summer routine—after dinner had settled in our stomachs, there’d always be watermelon to eat. He said that there was a lot left over, but he knew that if I’d been home, I’d help him finish it up. Just writing about this gets me in a teary mess, but reading it, I started crying and I couldn’t stop. It doesn’t sound very important, if it’s just about fruit, right? But that’s the thing—it’s not about fruit, it’s about mattering even when you’re gone. It’s about being missed by people you love.

I don’t remember where the letter is—I had it throughout the entire last year, tucked away in a safe spot. When I went home for the summer, it ended up in an untidy pile of papers that then stayed in my room at home, between my nightstand and dresser. It doesn’t matter where it is physically, because I know where that letter lies within me.

Once again, I’ve lost myself. I’m not sure where this was supposed to be going, but here are my feelings, raw and exposed, without the convenient guise of fiction. This is me, and this is the life of leaving home. It’s moving bunk beds in August and in May, it’s raiding the snack aisle at H-mart each Sunday afternoon, it’s standing in front of my closet at home and contemplating which clothes to take with me. It’s hard, believe me.

But one thing I want you to know is that there are people who are willing to be there with you. To support you when you need a crutch, a helping hand, but most importantly, a friend. It’s okay to be vulnerable. Break down those walls you thought were protecting you, because sometimes, you’re braver without them. And though I only have close friends at IMSA to count on one hand, they’re more than enough. And I know I’m also more than enough.

this is for everyone who has been there with, beside, and for me.

Be the first to comment on "Life of Leaving Home"