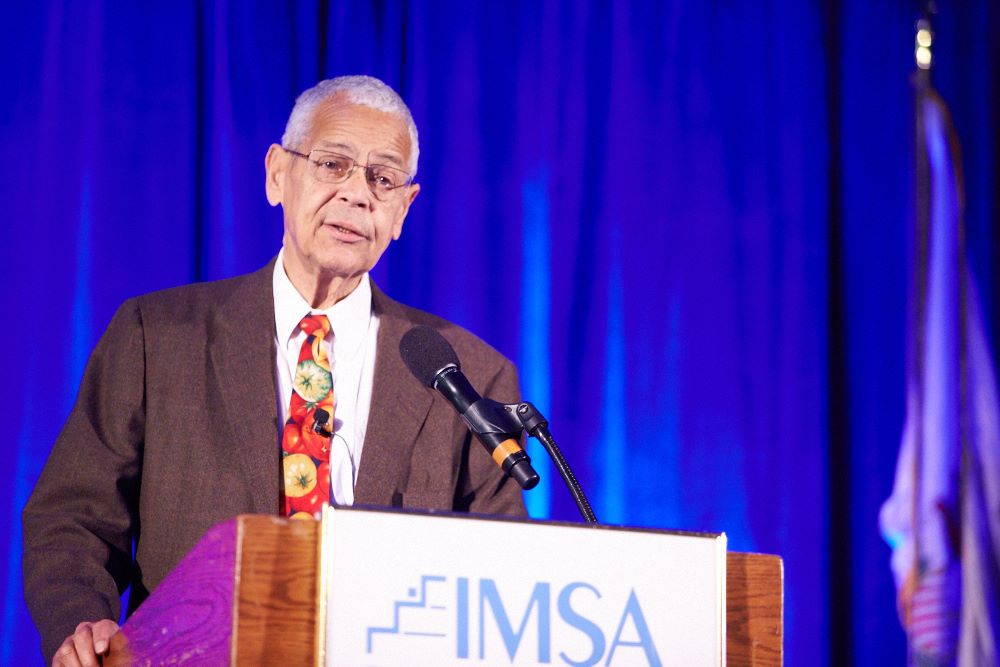 The assembly began at 8:30 AM with an introduction from Adrienne Coleman, the event’s organizer. Following the introduction, the IMSA Choir sang “Lift Every Voice and Sing” – also referred to as “The Negro National Hymn” or “The Black National Anthem”. Written in 1900, the song was first performed as a poem during Lincoln’s birthday celebrations. Recently, many schools began adopting the song to celebrate MLK Day.

Following was a Freedom Riders skit performed by IMSA students. The performance commemorated the accomplishments of many famous freedom fighters during the African-American Civil Rights Movement.

Then, IMSA President, Cathy Veal introduced Key Note Speaker, Dr. Julian Bond. Dr. Bond is a civil rights, economic justice, and peace movement activist who worked very closely with Dr. King. He is a renowned American icon  who currently holds 25 honorary degrees. “It was an honor to meet him and I feel very lucky to have shaken his hand” says a senior. “I could feel the history and experience that he had over the years.”

After Dr. Julian Bond’s speech on the Civil Rights Movement, IMSA students, Yasmine Gordon and Zion Harmon sang “His Eyes Are on the Sparrow”. With amazing vocals that rang through the main gymnasium, they wowed the audience.

Lastly, Adrienne Coleman concluded the celebration with “I Have a Dream, Part 2”. Ms. Coleman reiterated that while times have changed and many aspects of Dr. King’s “I Have a Dream” speech have become a reality, there are still many changes that can be made to improve multicultural relationships in America.

After the celebration were three afternoon activities: Freedom Riders sponsored by AASA, “Eyes on the Prize,” sponsored by LEAD and showing of “Les Phys,” a full-length musical written, directed and performed by Dr. Dong.

The program was co-sponsored by Chase Bank. Check out their King Center Imaging Project which brings the works and papers of Dr. King to a digital generation, http://www.thekingcenter.org/archive.