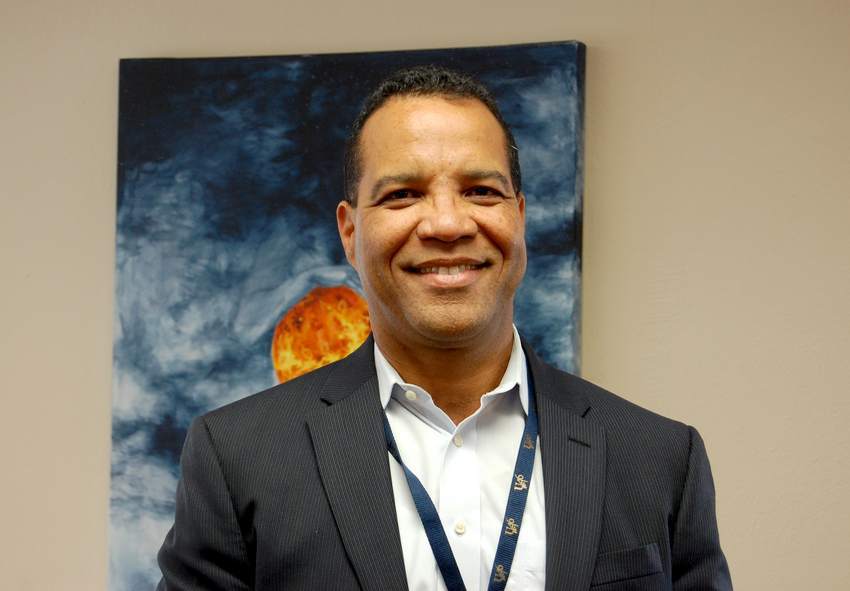 Dr. Torres is making his way around the res halls this semester, spending time with students and getting to know them better! The Editors-in-Chief recently sat down with him, discussing his transition to IMSA. Here is an excerpt of that interview.

INT: We were just wondering how you were adjusting to the role. And that’s actually our first question. How do you see the difference between being superintendent of the Elgin school district U-46 and president of IMSA?

The biggest difference is that as superintendent of U-46, I was in the public eye a lot more. We served 11 communities, 40,000 kids, 40 elementary schools, 8 middle schools, 5 high schools, and all of the high schools were –the smallest was 1800 kids, the largest was 2700 students. You can imagine I was in the paper a lot. The board meetings were every other week; the press was always there. There were public comments and people came in and complained. So that is different from here. So I’m enjoying it. I’m still taking my blood pressure—it’s down! [laugh]

I was under a lot of stress back then. I’ve been driving a lot more—to Champaign, to Chicago. I’m meeting with alumni, to Boston, a lot of that kind of stuff. I’m still getting used to the role. Even though I was superintendent of so many schools, I was more involved in the schools. But here, I’m as involved as I want to be.

INT: So would you say the adjustment process has been pretty smooth?

INT: What is the general idea of what they were saying?

Yes, in fact, I’ve been doing a personal reflection for the adults, but it’s on the website for everyone.

INT: You were saying that coming to IMSA, you’re in the public eye less, does that give you more time to get involved in the school and the community?

I was very involved over there, very visible. Here, the community is different. What is the IMSA community? The students are. A big part of that. I went to the first choir concert. I missed Diwali, unfortunately, but I really wanted to be there! I’m trying to figure out the right balance, but I’ve been very busy just meeting with people and people and people. And so, what I want to do is be able to reflect more, to be able to write more and to think more. The biggest challenge for me is what structures do I create so that IMSA will last a hundred years? That’s my big question for me right now. Because we’re funded by the state. What if the state goes broke? What if they decide they don’t want to fund IMSA anymore? Alumni tell me, look, I gave a lot of money to IMSA, [and] thirty years ago, [there were] items on the state  are no longer funded.

INT: The state of Illinois is obviously not in a very good financial situation, so what do you foresee as main issues that IMSA will be facing, and how do you plan on working through those?

The issues are that we’ve got to figure out is [sic] what will IMSA look like in the future? A lot of times we look back, but we’re not like what we were when we started. Things like grades are really important to people right now. And in the beginning, it wasn’t that important.

INT: In the beginning, it was more like learning.

It’s not just going back to how we were, but it’s how do we reimagine IMSA? How do we reinvent? It’s hard to imagine but when IMSA first started, there was no internet. It’s hard to believe that when we started, there was Facebook, right? So, how has Facebook, for example, changed how students experience IMSA now? A lot of people here keep in touch with their old friends, and so they meet with them on the weekends. Before it used to be you just left your community and you were here.

The financial model is really important. Right now, the state funds us for 85% of our budget. $18 million dollars comes from the state. Like right now, we have a new governor, so the income tax may go away, which was temporary income tax that funded a lot of things. If we had to cut 30% of our budget—y’know? I already have some ideas of where I would cut, but I need to make sure those are the right places. It does change things for people.

But Google, Facebook, Twitter, all of these companies are going to reap the benefits of IMSA. They don’t [have] enough technical people, they don’t have enough bright engineers and scientists. So part of the fix is, you know what, you have to start paying [laughs] for your future. I was at Fermi Lab last week, and the new director was talking about the future of Fermi, and I happened to have the last question, and I said well, my question to you is, how do you ensure that you have a strong talented work force in the next 25-30 years? And the second person in command is an IMSA graduate, who says, “IMSA, of course!” And I wanted to say, show me the checkbook!

I think we need to develop partnerships with the mega technological companies and also with the alumni, with all of you. Do you realize that we’re spending about $30,000 per year, and your families are not paying that. So it’s really fortunate that IMSA exists, but not everybody understands that it is a great education that you receive for practically free. We have to figure out how to plant the seeds with you as students before you become major CEOs to remember to contribute and pay it forward.

Be sure to check back in next week, when we will post the next segment of the interview!

Featured Image by the Chicago Tribune

Be the first to comment on "An Interview with Dr. Torres"