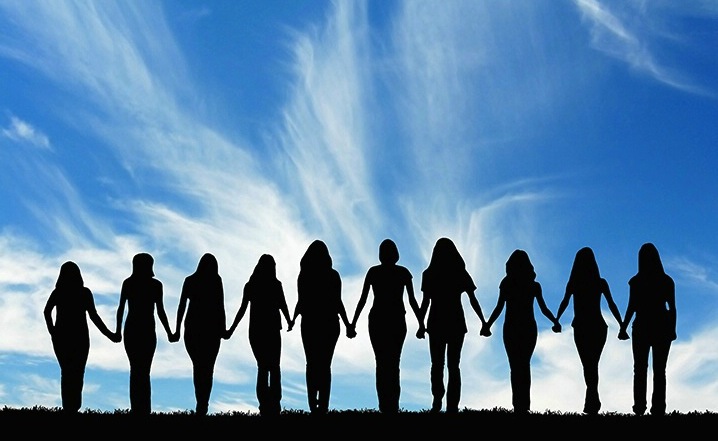 I’m a senior, and I’m beginning to think about the fact that, no matter how passionately I cling to it, I am going to leave IMSA for the great big world beyond.  Soon.  To some of my classmates, this may seem like the most exciting thing in the world.  They think that leaving everything behind and making something new of themselves is interesting – just a new challenge, nothing they can’t handle.  It just reminds me of two truths: one, I’m a coward; and two, when I leave IMSA behind, I’m also leaving all my friends.

We know this.  No matter how hard we could hypothetically try, it’s not like we are going to end up in the same college, or even in the same part of the country, as our friends.  Starting a new adventure in a new place means we’re starting that adventure alone.  The thing is, when I think about it in a certain way, or at a certain sleep-deprived time (we’re talking 2-4 A.M. here), I realize it’s not the friend-friends that I’m most scared of losing.  Don’t get me wrong – I am going to miss my friends like crazy when I’m no longer two doors down from them.  But I’m also afraid of losing the other friends – I’ll call them the luck friends – because our friendship is so much more precarious.

When I say “luck friend,” I mean someone outside of what you would consider your friend group who you still interact with in a friendly way because of, well, luck.  Luck friends are the people you sat with in math on the first day because you didn’t have any friends in your section.  A luck friend is the person you smile and say hi to every day in the hallway because their next class is in the room you are vacating.  A luck friend is the person you had an hour-and-a-half long conversation with when the SIR bus was late one day and your advisors work at the same place.  Hell, a luck friend is the Sodexo worker who gives you an extra scoop of okra because they know you like it.  Even the teachers whose offices you frequently occupy to complain about life in general, though they’d probably hardly appreciate the term “friend,” are luck friends.  For the most part, these are the people you do not go out of your way to spend time with, to talk to, and to get to know.  Life just sort of threw them at you in convenient moments, unsure of what exactly it was you’d do with them.

Think about it.  You have luck friends.  And wouldn’t you be sad if, for no particular reason, they disappeared?  Next semester you won’t pass the same person in the hallway or have the same people in your math class.  Maybe the Sodexo worker will get a different job.  Your SIR buddy will drop SIR because of the insane notebook checks and general SIR expectations (https://sites.imsa.edu/acronym/2014/11/07/interest-in-sir-waning/).  And you won’t really know what to do.  I mean, it’s not like you’re friend-friends, or anything.  You don’t even have their phone number.  Maybe you’re Facebook friends?

Herein lies the issue: In an attempt to maintain your friend group (*cough* clique) distinctions or simply an attempt to get more sleep, you’ve never really acknowledged the small, cumulative positive effect these people have on your life.  It’s hard to, and it’s kind of awkward, and, well, it’s not like you asked to hang out with them.  It just sort of happened.  But for a while, there will be a small emptiness in your life where these people used to fit.  Perhaps you won’t even recognize this emptiness for what it is, but you will feel it.  Your friend-friends, you will talk to when you leave for college.  You will Skype or call or Facebook, at least for a little while.  But because of your inability to acknowledge your luck friends, you won’t talk to them again.  This is what saddens me.  It would be awkward to keep in touch with some of these luck friends (I’m probably not going to call the Sodexo worker), but I think that, with everything they’ve done for us, we should at least say goodbye properly when we leave.  Acknowledging these relationships is important because, in some small way, our luck friends are important to us.

An Interview with Dr. Torres