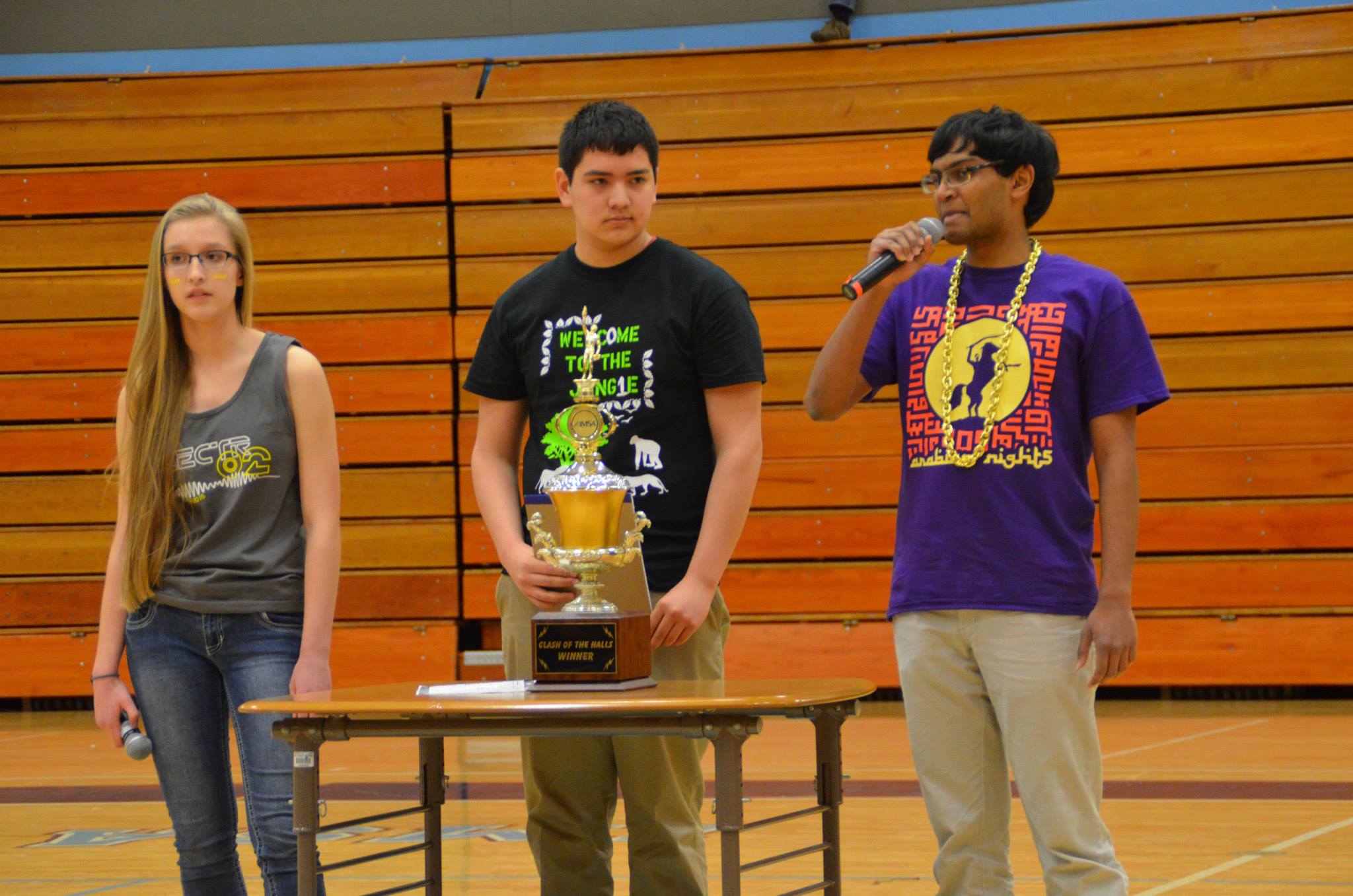 Clash is done and 1507 has won! After a long week of battle and competition the final scores have been announced:

The week and these scores were finalized in a night of celebration called Pep Rally! The Acronym asked Remy Bubulka, CD of 01, to reflect on her final Clash Pep Rally. She said that it was “amazing, couldn’t be more proud of my hall.” As a senior, she also said that she “couldn’t have asked for a better final pep rally. I’ve never felt more like a part of the IMSA community.” This mentality seems to be fairly common amongst CDs, since Pep Rally is an event that energizes the campus.

This year’s Clash was stained with undertones of worry and anticipation of the future, though, since it saw significant changes to preparation rules. These changes included the “9 to 10 rule,” meaning that halls could only work on Clash related activity between 9 and 10 o’clock on weekdays and anytime on weekends. Katrina Toman, CD of 02, said that “the changes were most negative in the weeks leading up to clash” and that “ the event heads didn’t feel as if Clash had calmed down but more as if nothing would be ready in time. It stressed people out more than it helped them.”

Puja Mittal, a senior from 06, did not have as many positives to offer for Clash. She said that this year “didn’t feel like Clash,” adding that “this Clash of the Halls felt like a recreation of an oil painting in water colors. It can create a similar picture but not with nearly as much depth, and stained us all less.” This is fairly representative of the negative feelings associated with this year’s Clash.

What do you take away from this Clash? Did it live up to past years’ CoTH? What do you want next year to look like? Remy summed up the changes made this year and their effect up fairly well. “‘New Clash’ might not live up to the grand performances of ‘Old Clash’ but it still brought the same sense of community and showed the incredible capabilities of IMSA students that they don’t normally get to show.”

A Walk Through IMSA: The Year IMSA Came Back

Be the first to comment on "Clash Wraps Up! 1507’s Victory and Changes’ Effect on the Future"