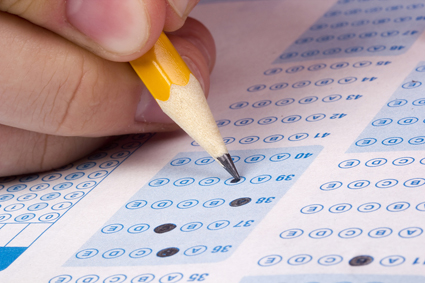 Have you ever felt so strongly about the state of your country that you publish seditious poetry in the local newspaper, against your father’s wishes? Or so depressed that your wolf pup won’t look you in the eyes? Or burned so fiercely at the injustices of your country, you were compelled to call to attention the absolute unfairness of the Fourth of July?

If you got any of those references, chances are you’re one of the many juniors or sophomores at IMSA and across America that took the PSATs last week. The PSAT, or the preliminary SATS (also known as the National Merit Scholarship Qualifying Test – yes, there are a lot of names) is an annual standardized test that high schoolers across the nation take to prepare for the SAT and possibly qualify to be a National Merit Scholarship semi-finalist, a program which provides some some students with scholarships to a number of schools. But perhaps the best outcome of this test was neither the preparation nor the chance to win a scholarship- no, it was the bizarre but utterly wonderful barrage of tweets, tumblr posts, and memes that swept the internet following the administration of the test. Students, it seemed, could not get enough of the strange situations and problems thrown at them from the test and turned them into internet sensations. Posts tagged with ‘#psat fandom’ were widely circulated. Within a couple of hours, the PSATs were trending on Facebook as more and more kids kept posting. IMSA juniors didn’t hesitate to join in, as much of the class’ Facebook page became clogged with endless PSAT jokes.

The College Board, the administration responsible for the PSAT, has specifically written that it is forbidden to discuss test questions outside of the testing area, a dissent that seems to have been wholly and hilariously ignored. Few people are publishing specific test details, rather focusing on vague in-jokes. As of now, the College Board has made no official comment about their test becoming an internet sensation. However, they did release the following tweet:

This tweet, again, may or may not have been entirely successful. All in all, the “#psat fandom” is an amusing but incredible example of the power young people of today and social media can have. Working together, high schools nationwide transformed a stressful standardized test into an epic inside joke.