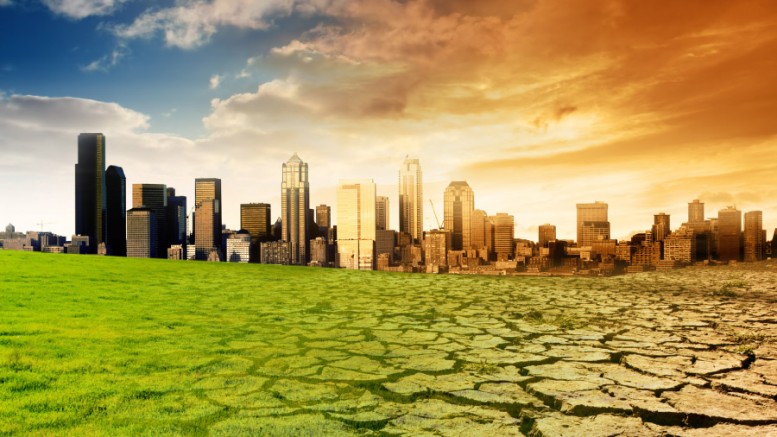 As the threat of catastrophic climate change looms closer, scientists and environmental activists are developing vastly different social solutions to the problem. Every day, the pressure on climate scientists rises as their studies are thrown in and out of a hectic political game. Some environmentalists have died—their ideas have withered away in a plague of hopelessness. Other environmentalists still live, but the stems of their ideas are scrawny, as they strain for limited sunlight.

These are the fates most environmental activists are destined for. Either they take the pessimistic route, thinking that humanity is doomed—that we will never escape the clutches of climate change — or  they take an optimistic route, one that bases its foundation on humankind’s desire to innovate and succeed through problems. But which attitude is the right attitude?

“Civilization in its present form hasn’t got long,” said the famed environmentalist James Lovelock. Credited with the Gaia hypothesis, which states that Earth is a complex system where each part interacts like a single organism, and with creating an electron-capture detector that helped shed light on atmospheric pollution, Lovelock has become an environmental leader. However, he once lost hope that we would ever solve climate change. He became a pessimist as he gave up on humanity. Although Lovelock says, “I’m not a pessimist, even though I do think awful things are going to happen,” his dark predictions are pretty pessimistic. In 2006, he predicted that “By 2040, parts of the Sahara desert will have moved into middle Europe. We are talking about Paris – as far north as Berlin,” and that, “Before this century is over billions of us will die and the few breeding pairs of people that survive will be in the Arctic where the climate remains tolerable.” Clearly, these predictions were exaggerated.

Scientists like Lovelock lose faith in mankind and its power to save the environment. Yes, sometimes it feels like nothing will ever get done because of the disinterestedness in society and politics. But to lose faith in humanity and to say that there is nothing we can do to save the planet is giving up. Everyone must do something. If we all give up, there is no chance anything will get better. However, to be overly optimistic and to determine that we will somehow save ourselves later, is also giving up. It is simply passing the job over to someone else. Instead, we must do it ourselves.

Lovelock has since taken his pessimistic ideas back, saying that he made a mistake and is now hopeful that humanity will persevere. He has realized the balance between pessimism and optimism in a diverse climate change issue. We are not hopeless, but we should not be completely hopeful. As a species, we have a chance to save ourselves and the planet, but the perilous journey to do so will require hard work. We don’t know what we are capable of if we do not give up hope or become foolishly confident. Pessimistic and optimistic ideas get us nowhere; we must find the middle ground between them to find solutions. Never can we lose all of our hope or have too much hope that the problem will be fixed tomorrow. It is this delicate balance between hope and hopelessness, between optimism and pessimism, that will nurture our ideas until they grow strong.

Be the first to comment on "Climate Change: Pessimism or Optimism"