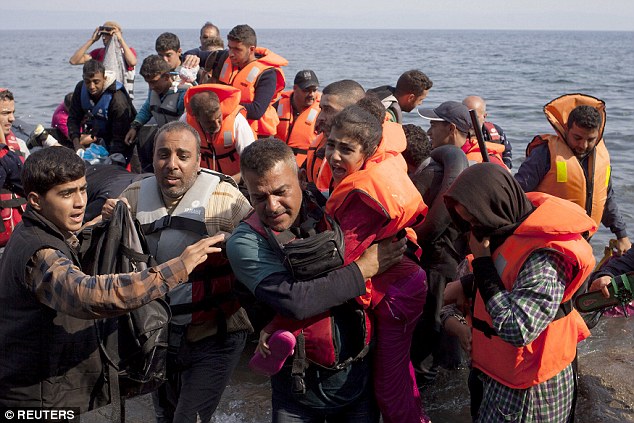 The horrific events in Paris on November 13th have, for many people, affected a call to action. Sadly, however, these events have been politicized, as is often the case with such events nowadays. Most notable has been the use of this event to push for stricter anti-immigration laws in Europe and abroad.

One of the attackers involved in the Paris attack is suspected to have used a Syrian passport, which has been cause enough for many politicians to call for denying Syrian refugees access to their countries. Right-wing politicians in Europe especially have used the Paris attacks to justify the anti-immigrant sentiments that have been prevalent in Europe recently.

This, unfortunately, comes at a time when immigrants need our help the most. A Hungarian camerawomen reporting on immigrants fleeing into Europe was filmed deliberately tripping a refugee who was holding a child. Hate for these immigrants has persisted despite the horrific accounts of what the immigrants are fleeing from. A dead Syrian boy washed up on a beach in Turkey, sparking international outrage. Immigrants are willing to risk their family’s lives rather than staying in their home country, which should be evidence enough to offer them our support.

This has led to some of the most blatantly racist speech of the American presidential campaign yet. Ted Cruz and Jeb Bush both called for the US to stop taking Syrian refugees, but were quick to add that Christians are O.K. for immigration. Ted Cruz claimed that there is no “meaningful risk” that a Christian would commit terrorism. Donald Trump suggested that we shut down some Mosques in the U.S., as “some of the hatred, the absolute hatred, is coming from these areas.” He also called for surveillance on all mosques. The GOP claims that by allowing Muslim refugees who could be aligned with the Islamic State into the U.S., we are ignoring the religious aspect of the conflict.

What these politicians don’t understand is that there is no religious aspect to this conflict. Not every refugee is a terrorist, a fact which has been backed by many political and public figures over the past week. Perhaps the reason so many terrorists target the U.S. is because of the racism and Islamaphobia spread by politicians and the media. Illinois’ own governor Bruce Rauner recently said that Illinois would temporarily stop accepting Syrian refugees. State governors don’t even have the authority to do this. Lavinia Limon, president of the U.S. Committee for Refugees and Immigration, said that governors who have, like Rauner, denied Syrians access to refuge, are “reacting emotionally, and talk about stereotyping.” She is absolutely correct. It’s sad that a country that so often pats itself on the back for being a gateway to a better life is filled with racist politicians who would deny access to people simply for their religion. The quote “Give me your tired, your poor, your huddled masses yearning to breathe free” is often associated with the Statue of Liberty, the symbol of access to a new life in the U.S. When Emma Lazarus wrote this in her sonnet, “New Colossus,” she certainly wasn’t referring only to white Christians.

Be the first to comment on "The Other Victims of Paris"