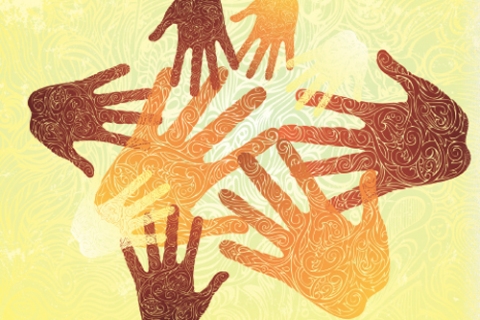 IMSA is a leading academic institution, extolled for its cultural and racial non-discrimination by its students. Though it began as an academy focused on math and the sciences, it now encompasses significant social values, inclusiveness prominent among them. Such accepting conditions are in part the product of cultural groups on the IMSA campus, which allow students to express themselves through entertaining activities and events as well as solemn assemblies which address issues confronting specific cultures even in the 21st century. Particularly, the African American Student Association (AASA) is distinguished body of students of various backgrounds, advocating their namesake culture across campus through a variety of programs.

Most recently, AASA hosted its annual fashion show in which students and staff dressed in their favorite clothing and walked the stage with personality and ferocity rivaling even the best of models. Those who had the mettle to stroll the walkway changed in the nearby SI Bio and SI Chem rooms before entering the Old Café with the lights and cameras (provided by IMSA Student Productions [ISP]) pointed at their unique choices. However, the fashion show’s purpose was much more than showing off clothing. It was intended to “[share] African American culture and fashion to the rest of the community,” according to Camryn Clanton, who flaunted a dazzling red dress among others pieces during the show. Notable participants include JaRod Tobler and Barbara Hernandez, RC’s of 07 and 03 respectively. The participation of nearly fifty student and staff members in front of an even larger audience energized an already developed club. More remarkable are the clothing choices of non-African American participants. Many such students and staff chose to wear cultural African American clothing, and some even brought props to supplement their outfits. The event wonderfully encapsulated African-American culture through clothing, not to mention the exuberance and fashionista spirit of the audience and participants alike. Check the IMSA ISP website for updated pictures of AASA’s many past expositions (https://imsastudentproductions.com/).

AASA’s The Soul of the Motherland event and the annual play represent African-American culture, as well. The Motherland meeting, planned for some time later this year, serves food which, according to Yasmin Broy, “Effectively showcases African-American culture through a different media [than the fashion show].” Indeed, this event is much more than a dinner or potluck. Authentic foods like fried chicken, macaroni and cheese, and okra allow all participants to relish in the tastes of Africa right here at IMSA. The Soul of the Motherland is followed by another event, a tribute to the Kenyan concept of Harambee, meaning to work or pull together. Diligent AASA members and actors will also soon begin rehearsal for Harambee, which boasts theatrical, musical, and dance talent. Harambee’s stage performances feature interesting takes on aspects of African culture through mediums like hip-hop and rap. Although last year’s A Raisin in the Sun was extremely successful, this year’s The Color Museum appear even more promising. As auditions for this show are fast approaching, actors interested in joining the AASA family should prepare themselves for rigors of acting as well as cultural enlightenment.

Beyond its wonderful entertainment, AASA addresses issues that afflict African Americans and their culture, even, at times, within the safe haven of IMSA. Bimonthly, AASA hosts general assemblies or (GAs) which facilitate open discussion and collaboration to increase awareness of misunderstood issues. AASA has already had two such GAs, the first of which addressed “The stereotypes of black males.” In a solemn discussion, students gathered and spoke about inaccurate notions, like black males being skilled at basketball, being violent, and lacking intelligence. Discussions examined the roots of such travesties as well as ways to mitigate them within the IMSA community and beyond. Media influences were discussed as well such as an episode of “Everybody Hates Chris” in which the namesake main character is assumed to be a basketball prodigy because of his darker skin. The second GA targeted cultural appropriation. This concept can best be explained by Yasmin’s words, describing it as “taking something from another culture and calling it your own.” Mostly paralleling theft of an idea, examples of cultural appropriation include Katy Perry wearing corn row braids in a music video without understanding their comprehensive history or a non-African-American exercising an African-American activity and attributing it to their own or another culture. Concerns about cultural appropriation do not mandate everyone become an expert in another culture before living it. Instead, they advocate approaching a culture with objectivity and respect, wanting to learn even through mistakes, and crediting it for its distinguishing features. Upcoming GAs include “The Origin of the N word,” where Dr. Kiely will speak, as well as “Miseducation of the Black Child,” addressing the inherent academic disadvantage of black children in the United States.

It is important to recognize that AASA is only one club among the many others at IMSA including but not limited to ISA (India Student Association), Alma Latina, and Hatikvah. Each has its own important history and contributions to IMSA, just like AASA. On a broader scale, our differences are irrelevant. Through these clubs and the experiences they give us, IMSA students can relish the similarities and values that ultimately unite us all.

I would like to thank Yasmin Broy and Camryn Clanton, both generous AASA members, for their information, help, and suggestions in the writing of this article

Mok05: Where to Draw the Line

Be the first to comment on "AASA and Culture Beyond"