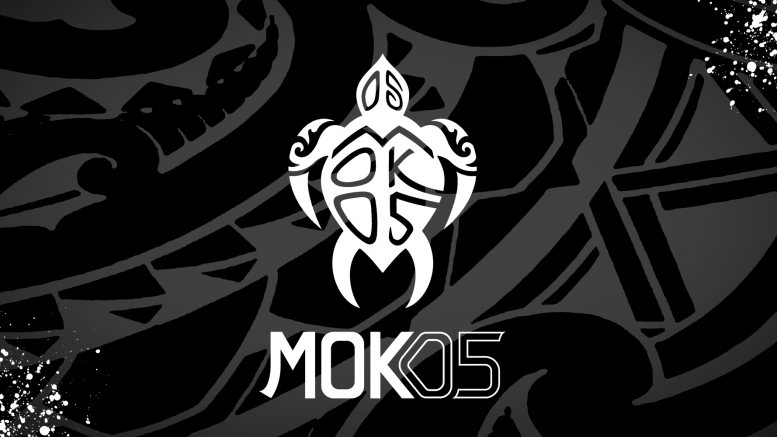 “Come to the Old Cafe at midday.”

Black status updates from the residents of 1505 flooded Facebook on Sunday, March 4th right after 10 check. In the midst of Clash season, this could only mean one thing: 1505 was ready to drop its theme.

Unlike the other halls, 1505 chose to release their theme during the school day. The Facebook posts were a way of creating excitement and preparing for a grand release in the middle of the day. What no one could have expected was how they would officially announce their theme — with a war dance.

The Maori are an indigenous, Polynesian warrior tribe. Today, they make up approximately 15% of the population of New Zealand. As part of their rituals, the Maori people perform a warrior dance called a Haka.

During midday, the hall changed their Facebook profile pictures, performed a Haka, and released their intro video. Their profile pictures portrayed Moko tattoos on the back of a turtle. Their Haka was fashioned after the Haka of a rugby team rather than a traditional Haka in order to avoid portraying the culture itself. The intro video attempts to portray the Maori people from the viewpoint of a Maori person, and it presents only factual information.

A major criticism 1505 received was the art of Ta Moko. Each Māori individual’s moko “is unique to the wearer and conveys information about the wearer, such as their genealogy, tribal affiliations, status, and achievements.” Thus, it is extremely disrespectful for non-Māori to adorn traditional Moko, since an individual’s pattern has strong connections to their iwi (their tribe), their hapu (their sub-tribe) and to their whanau (their family). However, it is important to note that there is another type of face and body marking (usually in the form of tattoos) that is not disrespectful for non-Māori to adorn — Kirituhi. A Māori tattoo artist, Wiremu Barabell, said in an interview, “Kirituhi means skin art. It is a safeguard for non-Māori who get Māori inspired designs. I have no problem with non-Māori getting Māori designs, but with the terminology they use.” While the 1505 theme is called Mok05, hall members will not be applying any moko in any events or at the pep rally. They will only be allowed to apply kirituhi, which (in Barabell’s words) “has all the bits and pieces and some meaning, but it is more artwork than moko.”

Despite the cautionary steps taken, campus uproar is understandable. The point of Clash of the Halls is to come together as a campus and support one another; however, with last year’s Clash issues leaving open wounds on campus, members of the IMSA community have the right to be shaken by the use of cultural undertones in Clash themes.

In the past, clash themes such as Arabian Night5, La Vie En R0s3, and Sakura7 have been considered acceptable despite their cultural implications. When each of these themes were used in the past, the halls were careful to respect the cultures they portrayed.

Within a hall of approximately ninety-six people, no one openly objected to the theme. If someone did, the objection fell on deaf ears. However, throughout the entire campus, there’s bound to be people who find the portrayal of indigenous people in any context to be offensive.

The use of Mok05 may cause issues for 1505 throughout the next couple weeks leading up to Clash of the Halls. Administration has approved their theme with enthusiasm. We believe that it’s okay to be opinionated, but we hope that this event is used to learn about the Maori people.

Be the first to comment on "Mok05: Where to Draw the Line"